I have spent an awful lot of time over the last few months thinking about water.

Between nutrient and water neutrality issues, hosepipe bans, flash floods and stories of sewage outflows hitting the press - it is hard to avoid the conclusion that something has gone awry with England's water supply.... and the water companies who are in charge of managing, treating and distributing it.

There is a real need to get to grips with this issue. Nutrient leakage from treated waste water is one of the two largest sources of the pollution that led to the introduction (and then widening) of Natural England's nutrient neutrality advice in the first place. In addition, reports of sewage outflow events seems to be increasing. Last week, pollution warnings were issued for a large number of beaches on the South Coast, as untreated sewage was released into seas by water companies following the heavy rainfall.  In 2021, Southern Water was fined £90 million, a record at the time, for unlawfully releasing raw sewage into the sea. According to the BBC report, "The company admitted 6,971 illegal spills from 17 sites in Hampshire, Kent and West Sussex between 2010 and 2015".

This is not a fact that has escaped political notice. Just last month, the Government announced plans to amend LURB to place a new legal duty on water companies requiring them to upgrade any wastewater treatment plants that serve areas affected by Natural England's Nutrient Neutrality advice by 2030. In other parts of the country, the intention is to use the Environment Act targets to tackle wastewater pollution to ensure that upgrades are brought in on a slightly longer timeframe.

Whilst this announcement is extremely welcome - it does beg the question of what we are supposed to do in the meantime.

This is a question which has clearly been bothering members at Wealden Council. In late July, the Council adopted a motion designed to assist its members in better understanding the prevalence and impact of sewage discharges on its local waterways. The text of the motion can be accessed through the link at the end of this post.

It is important to note that Wealden is not one of the many local authorities affected by Natural England's nutrient neutrality advice. This is important for two reasons

The motion included a request that "planning officers include in all relevant reports relating to major development, a specific section on the impact on watercourses, including the potential for the development to affect sewage outflow into watercourses."

On 11 August, the first major planning applications considered following the adoption of the motion were taken to the Council's Southern Planning Committee. There were three applications for major development at the committee - and as requested, officer's duly reported on the matters listed in the motion. The relevant section of the East Hoathly report read as follows:

"As noted elsewhere, Southern Water has not objected to the proposal (nor did they object to the outline application). Southern Water has been asked to expand their advice in order to satisfy resolution at July Full Council regarding treatment works capacity and cumulative assessments. Their response is already provided at the beginning of this report. They are reluctant to give confirmation of exact waste water works would be used as this change. They will do more work, including local network modelling, only once planning permission has been granted. That would reveal capacity issues and trigger further reinforcement work if necessary. On operational issues and whether there has been localised issues, they will only give such information via Environment Information Regulations (EIR) request.

As Members will be aware, the Full Council motion had 8 constituent parts. Number 7 is clear that officers ask Southern Water, from this date onwards, in its planning consultation responses for major development, to clarify which treatment works will be managing the sewage; whether it has the information available to assess the impact on the number or duration of sewage discharges into local rivers or seas, and if it does have this information to share it (noting that this can only be requested not required)..."

The Councillors were not particularly happy with this, somewhat unhelpful, response from Southern Water and all three applications were deferred to a future committee date. According to a report in the Hailsham News, events at the committee meeting unfolded as follows:

"At the start of the meeting’s public session, Cllr Stedman proposed a motion that the three major items on the agenda involving responses from Southern Water be deferred until “full and proper answers to the council’s questions are received”. The motion was seconded by Conservative councillor Johanna Howell.

Deferring the three separate applications, councillors were advised that a meeting with Southern Water was scheduled albeit not until late September Meanwhile, council officers will seek further dialogue with the water authority."

It is very clear from the tone of the Members' comments, that the Council's intention is to hold Southern Water to account for its past poor performance. However this is unlikely to be much comfort to the developers whose planning applications have been caught in the cross fire.

Water and the Role of the Planning System

Wealden is not alone in being concerned about the impact of sewage outflows and the poor performance of Southern Water. These very issues were discussed, at length, in a Planning Appeal decision released last Friday*. This time, the concerns were raised by Chichester District Council.

The Appeal related to an application for outline planning permission for up to 100 homes. All matters were reserved apart from access. The Council originally refused the appeal on four grounds; however by the time of the Inquiry, the first and fourth reasons for refusal had been resolved. This meant that the main issues in the Appeal were limited to the following:

As the Inspector granted the Appeal, it is safe to say that the effect of the proposal on the character and appearance of the area was deemed to be acceptable. The Inspector also found that Chichester does not have a 5 year Housing Land Supply.

It is the Inspector's comments on foul sewage treatment, however, that are of particular interest following the recent events in Wealden.  These can be found at paragraphs 41 to 50 of the Appeal Decision.  The key sections, however, are set out below:

“  44.     Southern Water (SW), as the statutory undertaker, has an obligation to provide the necessary network reinforcements and upgrades downstream of the practical point of connection to the foul sewer network imposed under section 94 of the Water Industry Act 1991. Should SW fail to meet its obligations under the Act, the industry regulator, OFWAT, is obliged to take appropriate action.

47.  ….. SW is required to provide any necessary upgrades to ensure that the foul sewer network would cope otherwise it would be in breach of its statutory duties. This position is supported in paragraph 188 of the Framework, which states that planning decisions should assume that the pollution control regimes will operate effectively.

50.       Based on the above, I find no valid reason to refuse planning permission for the proposed development due to pollution or foul sewage drainage issues.”

This is both a fair, and accurate, summary of where the planning system currently stands in relation to matters of emissions and pollution, where an application falls outside of the scope of the Habitats Regulations.

Paragraph 188 of the NPPF directs Local Planning Authorities as follows:

"188. The focus of planning policies and decisions should be on whether proposed development is an acceptable use of land, rather than the control of processes or emissions (where these are subject to separate pollution control regimes). Planning decisions should assume that these regimes will operate effectively. Equally, where a planning decision has been made on a particular development, the planning issues should not be revisited through the permitting regimes operated by pollution control authorities."

In short, as much as Local Councils may want to tackle the issues caused by poorly performing water companies directly - there is very little scope for them to do so via the planning system. This is a problem that needs to be taken on by national government, the Environment Agency and Ofwat.

Sink or Swim... the Truss of it all

To be fair to the government, back in March, DEFRA did consult on a Sewage Discharge Reduction Plan, reportedly designed to tackle the poor performance of water companies when it comes to storm overflow discharges.

The consultation closed in May, with a promise that  "Responses will be used to shape the content of the government Storm Overflows plan which will published by the 1st of September 2022, and laid in parliament after parliamentary recess".

We should find out whether this timetable will survive the Conservative Leadership Contest in a couple of weeks. Its chances of survival may well depend on who the winner of that contest is.

After all, earlier this week, Liz Truss pledged to scrap the Natural England's nutrient neutrality advice completely, with a spokesperson from her campaign telling Planning Resource that “We would remove Brussels red tape, such as nutrient neutrality, that has stalled housing projects without delivering on what it is designed to address.”

Whether this just means that the restrictions would be lifted from developers, or whether the government would abandon all efforts to address the issues of nutrient pollution, remains to be seen. It is, however, unlikely to provide much comfort to Councils like Wealden, or Chichester, or indeed developers and local residents, who are all wholly reliant on national efforts to hold the water companies to account.

The motion in full called for councillors to recognise the council’s obligation to protect rivers and seas...; recognise that deterioration of water quality occurs due to cumulative impact of multiple sewage discharge events...; ensure an evidence base is compiled that assesses the cumulative impact of sewage discharge so it is factored into decisions made in... the local plan, including the overall level of future development; better understand the cumulative impact of wastewater discharge including untreated sewage on our local rivers, wildlife and the health of our residents and continue to take a lead on addressing the issue by working constructively with other agencies. The motion also requested that planning officers include in all relevant reports relating to major development, a specific section on the impact on watercourses, including the potential for the development to affect sewage outflow into watercourses. 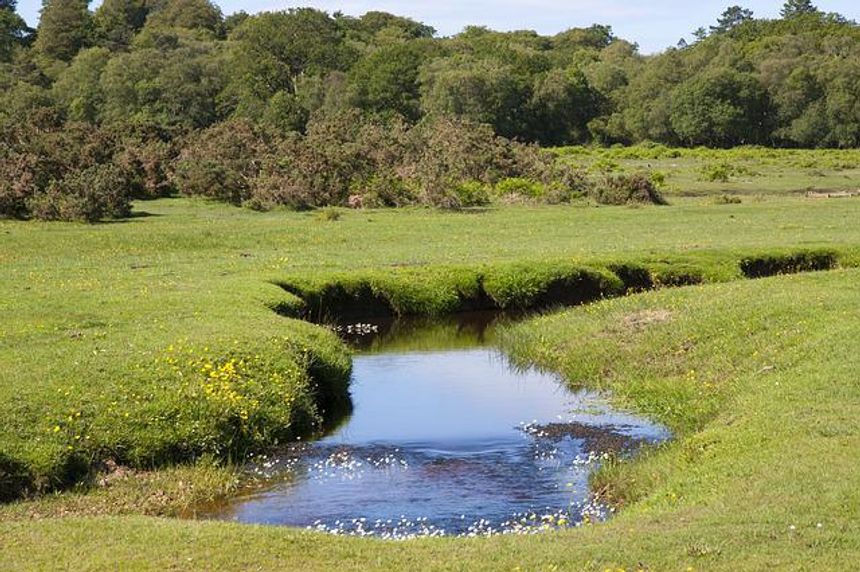