On Friday, the Court of Appeal issued a fascinating judgment concerning the correct approach to applying the 2018 version of Natural England's advice on Nutrient Neutrality*. A really helpful summary of the case, R (Wyatt) v Fareham BC & Natural England [2022] EWCA Civ 983, has been produced by Landmark Chambers and can be accessed through the link at the bottom of this post.

The Judgment has particular resonance right now, in the light of Natural England's recent updates to its advice, and its expansion to an additional 42 local authorities in March of this year.

This post is not an attempt to provide a case note on the  judgment, Landmark has already done that and no doubt many other notes will follow.  Instead, I am going to focus on the concurring judgment of Lord Justice Males - which starts at paragraph 117 (or page 36) of the Decision.

Lord Justice Males judgment is fascinating. He sets out a clear and compelling analysis explaining that a Council can carry out a lawful appropriate assessment despite deviating from the procedure set out in the Natural England technical guidance, where they have a good reason for doing so.  In this instance, that reason was the fact that the Council  had consulted Natural England, making clear that it had used the 2.4 persons occupancy rate, and Natural England had not objected.

I strongly recommend reading the judgment in full. If you are short on time, however, the conclusion - and postscript - are set out below.

The postscript is worth close attention as it highlights the fact that further variations from the average occupancy rates are now expressly supported in the 2022 guidance. As such, it seems highly unlikely that the Court will interfere with decisions by local authorities to substitute occupancy rates,  provided the rationale for the rates chosen has been properly evidenced.

This could be extremely helpful, particularly in the light of the Lichfields Report, commissioned by the Home Builders Federation, which argues that use of average occupancy figures in the standard assumptions significantly overestimates the likely additional population that would result from the development of new housing. As a result, the amount of mitigation required from each new development is also subsequently significantly overestimated.

The Home Builders Federation  is using this report to urge local authorities to amend the nutrient calculator to take account of evidence from the official household and populations projections of the net average household size in each area, rather than default to Natural England’s advice

Lord Justice Males reasoning (below**) is likely to be extremely reassuring to any local authorities who chose to do so.

147. I would add that we have been provided with the latest version of Natural England’s Advice to planning authorities, issued in March 2022 and updated expressly in the light of (among other things) the judgment of Mr Justice Jay in this case. This Advice is not limited to the Solent region.

148. Interestingly, the 2022 Advice emphasises the importance of local conditions in selecting an occupancy figure, and the need to focus on the particular project being assessed. It recognises that the average national occupancy rate of 2.4 persons per dwelling (which it notes will be subject to change when the results of the 2021 Census become available) may not be appropriate for certain types of development:

Those criteria include that the rate selected reflects local conditions, is sufficiently robust and appropriate for the project being assessed, and is derived from a reliable source which can show trends over a protracted period of time, such as data from the Office for National Statistics.

149. For the future it is the 2022 Advice which planning authorities will need to consider."

*full disclosure - this photo is not of an algal bloom. It is a photo of my local park after a colour run.

** The underlined sections have been added (by me) for emphasis. 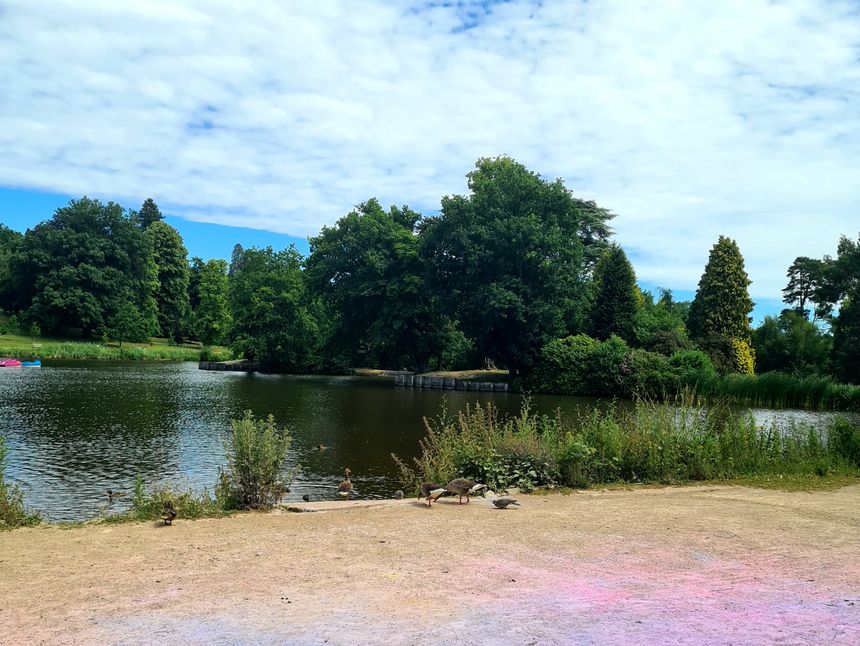