Last week, whilst my family and I were exploring the highlands of Scotland*, the Truss Government rolled up its sleeves and got to work.

They have certainly been busy. In just four working days we have seen:

Investment Zones were a significant feature of both the 'mini-budget' and the Growth Plan.

The proposals have been widely covered in the press and by other commentators, not least our own Tracy Lovejoy, so I am not going to spend too much time on them here.

A few points, however, did jump out at me.

1.  Many of the initial financial benefits of Investment Zones do seem very similar to those of Enterprise Zones; the impact of which have been somewhat underwhelming.

2.  The promised liberalisation of planning rules within Investment Zones has yet to be set out in any great detail. We have, however, been told that the Government intends to:

3.  This last point is particularly interesting, given that the Government isn't actually talking to district councils about where new Investment Zones are to be created. Instead discussions are being held with Mayoral Authorities, Unitaries and County Councils.

As a result, there is a risk that many of the local planning authorities that created the policies that are to be relaxed within Investment Zones, may not have a voice in where they are located.

If this turns out to be the case, it will more than just an unfortunate oversight. For Investment Zones to work, the entire planning sector needs to be behind them. If the host LPA is not fully engaged in, and supportive of, the project then it is unlikely to achieve the effect that the Treasury is banking on.

The Retained EU Law (Revocation and Reform) Bill (which I shall henceforth dub REULRR - pronounced 'ruler') has received less attention, but is just as significant.

If passed, REULRR will effectively sweep away any and all EU laws that the Government hasn't actively decided to keep.

It does this by:

The impacts of this will be far reaching. A blog on the employment implications of REULRR can be found here.  It is worth reading. I cribbed those bullet points from it.

I will leave the environmental implications of the bill to Claire (who has a lot to say on the topic), but significant parts of the planning system may also be at risk from REULRR.

According to the Government's own tracker, the following pieces of planning legislation could well be affected by the bill, if active steps are not taken to preserve them:

Now many of these may seem somewhat obscure, but trust me when I say that some of them are a big deal.

For example, the Development Management Order sets out the procedures for dealing with the vast majority of planning applications in England, including rules on publicity, consultation and the deemed discharge of planning conditions. I hate to think of the chaos that would be caused if it were repealed by accident, or because Parliament ran out of time to save it.

Permissions in Principle and Brownfield Land Registers represent some of the Government's previous attempts to streamline the planning system on a 'site by site' basis. They have not been widely embraced by the development industry, but are an existing statutory mechanism that the Government could use to implement the planning side of Investment Zones quickly and without taking up too much parliamentary time.

Finally, the Building Regulations underpin much of our approach to regulating building safety, although these are very regularly updated.

So what of LURB, the bill that launched a thousand puns?

Well, as I mentioned earlier, its committee stage in the Commons has just been extended to 20 October.  The committee was originally intended to report back last week.

The extension may just be an inevitable result of the national mourning period being closely followed by party conference season.

Given the signficant 'deregulatory' bent of the 'mini-budget' and talk of further planning liberalisation, however, it would not be all that surprising if the bill that eventually emerges from committee has been significantly reshaped.

Parliament is now on recess during conference season*!, which means that we should have a couple of weeks to digest all of this frenetic activity.

There is certainly a lot to unpack. Not least, whether this deregulatory push for growth is more 'Thatcherite' 80s cos-play or a 70s  Barber-style “dash for growth.”*^

If you are interested in learning more, there is a Clubhouse/Fifty Shades of Planning discussion taking place on Tuesday evening. Details can be found here. It would be great if you could join us.

* yes, yet again, a major government announcement was scheduled during my annual leave. And yes, I am taking it personally, although it was a fantastic week away, so I really shouldn't grumble**

** photo taken from the top of the Applecross pass.

*^ spoiler alert. The dash for growth did not end well 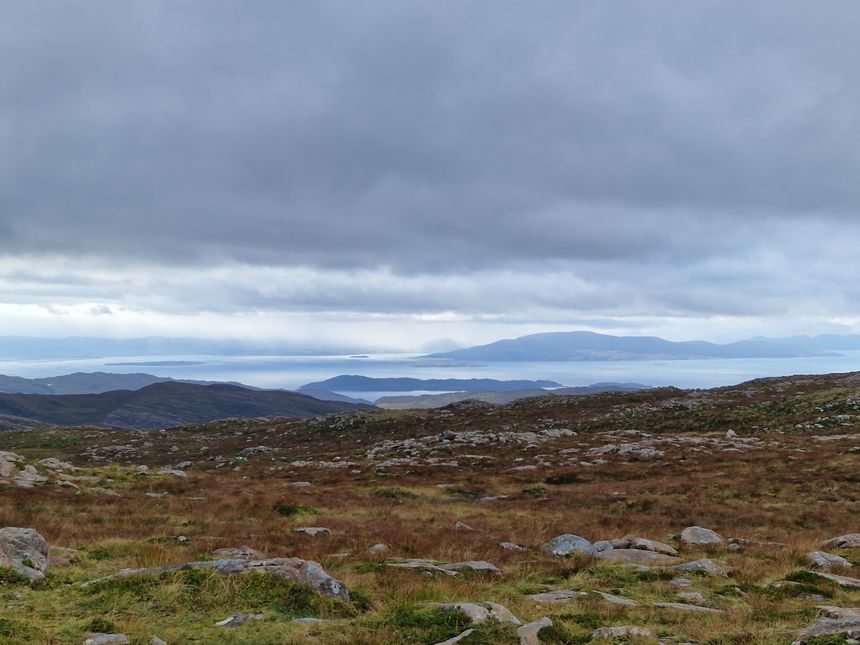