Last year the Supreme Court handed down its judgment in Kostal v Dunkley which made it clear that employers, operating within the context of a unionised workforce, can only lawfully directly approach their staff to agree new terms and conditions of employment if they have followed and exhausted the agreed collective bargaining procedure.

In Ineos Infrastructure Grangemouth Ltd v Jones and ors and another case the EAT had to decide whether the employer had unlawfully induced its workforce to accept terms and conditions outside of its rather vague collective agreement with Unite, after it concluded that the negotiations had "run their course" and imposed a unilateral pay increase on its staff.

Ineos entered into collective bargaining with Unite to agree pay, hours and holiday for staff at its Grangemouth site. Over the course of several months, the parties met five times to try and reach agreement. Ineos had a mandate to offer a 2.7% increase: Unite wanted 3.25% plus enhanced terms and conditions of employment. Unite said that it couldn't recommend a pay offer less than 3%.

The company's negotiators got approval to make a "best and final offer" of 2.8% and believed that Unite would ask its members to vote on it. The union held two mass meetings with their members to discuss the offer and obtained a mandate to go back to the company to try and improve it. However, by that point their relationship had deteriorated. The company was disappointed that the union hadn't accepted its offer, or put it to the members to vote on, and formed the view that the negotiations were "broken" and "bankrupt". It was also upset that the day before the mass meetings, the union had published information which was highly critical of the company, and separately, one of its representatives (who had been excluded from the negotiations), had published a book which also slated Ineos.

The company's negotiators decided that the only way to proceed was to make a unilateral pay increase to its staff (which it did). It decided that it "wanted to engineer a way to get rid of Unite" (which it put in an internal email) and gave notice to terminate the collective bargaining agreement.

Ineos told its staff that it had given notice to end its collective the bargaining agreement with Unite because of its "rude", "unsatisfactory" and "disruptive" approach. It said that it was happy to negotiate with either a works council or another union, but not with Unite and said that it didn't intend for the staff to give up collectively bargained terms.

A number of union members brought claims under section 145 TULRCA 1992 on the basis that imposing a pay increase amounted to an inducement to persuade union members to accept terms and conditions outside of the collective bargaining agreement with Unite.

The employment tribunal agreed and awarded each of the claimants £3,830 (the fixed rate at the time). Ineos appealed.

S145B provides that a worker who is a member of a recognised independent trade union has the right not to have an offer made to him by his employer if:

(a) acceptance of the offer, together with other workers’ acceptance of offers that the employer also makes to them, would have the 'prohibited result' and;

(b) the employer’s sole or main purpose in making the offers is to achieve that result.

The "prohibited result" is that the workers’ terms of employment (or any of those terms in isolation, such as salary and bonus payments as in this case) will not be determined by collective agreement negotiated by or on behalf of the union.

Both parties claimed that the Supreme Court's decision in Kostal supported their arguments.

The company argued that it hadn't made an unlawful offer to its employees at all. Negotiations with Unite were at an end at the time it made, what it called, a "unilateral promise" (rather than an offer); it had genuine business reasons for making the pay award and had not set out to achieve the "prohibited result".

The union argued that if the EAT accepted those submissions, it would mean that employers could claim to have exhausted the procedure simply by presenting, what it says in that moment, to be a "final offer".

It also pointed to the fact that the collective bargaining agreement didn't include a specific procedure which set out when negotiations were deemed to be over and, the question the EAT had to determine, was whether the employer's actions had caused employees to accept new terms that would have otherwise been determined by collective agreement. It pointed to written evidence that the employer wanted to get out of its relationship with Unite.

The EAT rejected the company's appeal on the following basis:

1. Imposing the pay increase amounted to an offer, which the employees had accepted by continuing to work.

2. Despite the acrimony, the parties were close to agreement at the time the company pulled the plug and were likely to have been able to reach agreement through further negotiations.

3. The negotiations were not at an end. Although the agreement did not set out when that point was reached, the tribunal had been entitled to consider why the company had made the offer when it did. In this case there was "ample evidence" that the company wanted to by-pass arrangements agreed with the union for collective bargaining and, in doing so, had achieved its objective of sidelining Unite.

4. In the absence of a clear agreement, the employer couldn't simply announce that it was making a "final and last" offer to bring negotiation to a close. That had to be looked at in the whole context of the unchallenged evidence, including findings that the union rep felt that they were close to agreement and that "the difference was not worth falling out over", and the company had mislead the union into thinking that it was going to escalate the negotiations.

You can only approach staff and make direct offers to them if you are confident that negotiations have run their course and there is no point in continuing. That's not always easy to determine if your agreement does not set out when that point has been reached. The Supreme Court in Kostal put forward two ways employers could counter this:

"It was argued on behalf of the Company that it may be difficult to say with certainty whether the collective bargaining process has been exhausted in any particular case and that this interpretation therefore exposes employers to risks which they cannot afford to take and hence would unreasonably restrict their freedom of negotiation. I do not accept this. In my view, employers have two means of protection against that risk. The first is to ensure that the agreement for collective bargaining made with the union clearly defines and delimits the procedure to be followed…….. A second level of protection is provided by the requirement of section 145B(1)(b) that the section will not be contravened unless the employer's sole or main purpose in making the offers is to achieve the prohibited result. If the employer genuinely believes that the collective bargaining process has been exhausted, it cannot be said that the purpose of making direct offers was to procure the result that terms will not be determined by collective agreement when that otherwise might well have been the case."

In this case there was clear evidence (unhelpfully provided by the company itself) that it wanted to "get rid" of Unite and had given notice to terminate collective bargaining around pay etc even though the parties were close to reaching agreement.

Although the email probably sealed Ineos's fate, this case doesn't mean that you shouldn't record your lawful reasons for deciding that negotiations are at an end. It will often be helpful to have a contemporaneous explanation to evidence why you genuinely believed that there was no point in continuing. But, anything that suggests that your objective is to bypass the union will be difficult to counter if the agreement itself is vague and there's a reasonable chance that you could have reached some form of agreement by continuing to negotiate.

Clearly, there's a difference between circumstances where the gulf between you and the union is too wide to bridge, and where your positions are quite close. In the case of the former, you may be able to end the process relatively early if neither party will budge. In the latter, you'll need to do much more to convince a tribunal that the process was, in fact, exhausted before you made direct offers to staff.

The financial consequences of getting this wrong are, potentially, very large. Awards are fixed and tribunals can't reduce them like they can in other claims. Please take advice before you treat the negotiations at an end.

We also recommend that you revisit and review any collective bargaining agreements you have in place to ensure that these are clear and, in particular, define when the collective bargaining process will be taken to be exhausted - for example, giving prescribed timescales or the ability for a party to declare this. 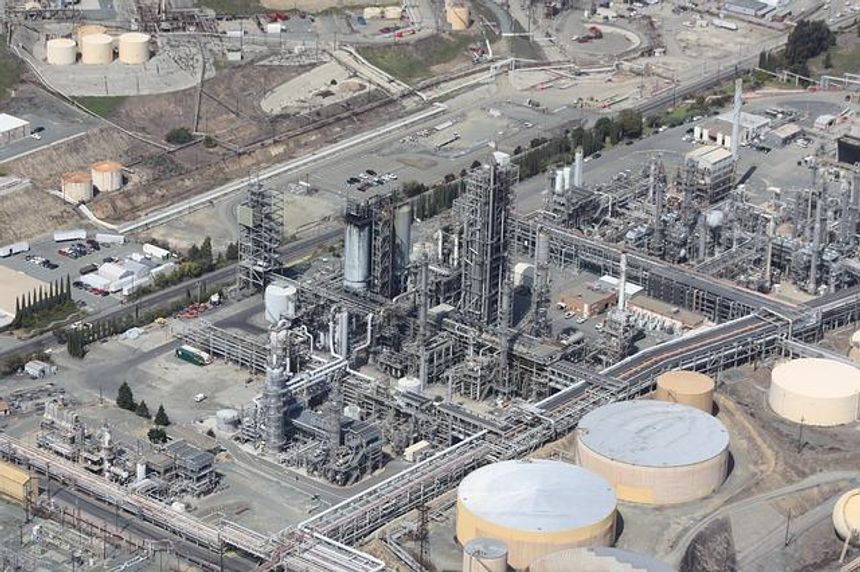