Tribunals are starting to determine a steady stream of COVID-19 related claims commenced in the early stages of the pandemic. We've reported on two: 'Covid-19: employee who refused to return to work because be believed his workplace posed a 'serious and imminent' danger loses unfair dismissal claim' and 'employee who refused to wear a mask was fairly dismissed'.  Both suggested that tribunals are taking a fairly robust attitude towards health and safety issues in the context of coronavirus. Another new case - Accattatis v Fortuna Group (London) Limited - sees an employee fail to persuade a tribunal that his concerns about the safety of his workplace rendered his dismissal automatically unfair.

Mr Accattatis was employed as a sales and project co-ordinator for a company who sold and distributed PPE. His job included accepting daily deliveries, entering details onto the company's system and photographing and organising promotional materials.

Company staff were considered to be 'key workers' and the business remained open throughout the first lockdown. In early March, the company had started to take measures to protect its staff in line with what was known about the transmissibility of the virus at that time and government advice.

Mr Accattatis developed COVID symptoms on 30 March 2020 and self isolated. He told his employers that he expected to return to work on 6 April, but he continued to feel unwell and obtained two self isolation notes to explain the reasons for his continued absence. Shortly before Mr Accattatis was due to return to work, he wrote to his manager asking to be furloughed. He tried to persuade his employers that furloughing him would be a "win win" situation. They, unsurprisingly, took a different view. At that time, the demand for PPE was unprecedented (some front line staff were wearing bin bags due to shortages) and it needed him to do his bit and return to work as soon as he was well.

Undeterred, Mr Accattatis argued that the government had told people to work from home if they can and that he was still suffering from flu like symptoms and did "not feel comfortable by the idea of using public transport and coming in the office during this lockdown". He then suggested that the only "logical" options were allowing him to work from home (although he gave no indication about how this would work given that part of job involved being physically present in the warehouse), or placing him on furlough. He concluded that "both solutions work for me. Up to you which one you find more convenient.”

Mr Accattatis was only receiving SSP and, after his request was again rejected (and in a marked change of tone) he asked his employers to reconsider its stance about furlough as he needed to pay his bills whilst he remained unwell. A few days later he emailed his line manager to say that he had spoken to someone on the HMRC Job Retention Scheme helpline who, he said, confirmed that businesses could use the furlough scheme to pay staff who are self-isolating. Twenty minutes later his line manager emailed him to terminate his employment 'due to a general ongoing failure on your part over a period of many months to support and comply fully with our company policies and guidelines.'

Mr Accattatis hadn't worked for the company long enough to bring a claim for ordinary unfair dismissal - which he would have won (the tribunal found that his second work anniversary was 'suspiciously close' and the company wanted to get rid of someone it perceived to be a troublemaker). Instead, he argued that his dismissal was automatically unfair under section 100 ERA 1996, because his workplace posed a serious and imminent danger to him. This is a 'day one' right and he didn't need the usual two years' service.

Under sections 44 and 100 of the Employment Rights Act 1996, employees are protected from being subjected to a detriment (such as being suspended or having their pay deducted) or being dismissed for exercising their right to leave their workplace.

To be protected, the employee must have a 'reasonable belief' that their workplace poses a serious and imminent threat to them, or to others - including members of the public and their own families. That's judged at the date the employee decided not to return to work - rather than with the benefit of hindsight.

The tribunal made a number of interesting findings regarding the section 100 claim:

1. Based on government announcements in February and March 2020, there were circumstances of danger which an employee could reasonably have believed to be serious and imminent.

2. And, subjectively, he reasonably believed the danger to be serious or imminent.

4. Even if Mr Accattatis had taken appropriate steps, he hadn't been dismissed because he refused to return to work. He's been dismissed because he was considered to be 'challenging' (in the past he'd complained, amongst other things, that he was paid too little and had to work too hard). It found that the company wanted to get rid of him before he achieved protection against unfair dismissal*.

Mr Accattatis only made a vague reference to his concerns about returning to work. He didn't explore ways in which these might be mitigated and instead, became fixated about working from home or being furloughed. He also appeared to be more concerned about losing his income than anything else.

So far, we still appear to be on track for all COVID-19 restrictions to be lifted on 21 June. However, many people may be cautious about returning to their workplaces, not least because the  Delta variant is becoming dominant throughout the UK and is much more transmittable than previous variants. Many people still haven't been fully vaccinated and may be reluctant to go back into offices and get on public transport whilst there's speculation that we're heading for a third wave which could be more dangerous than the previous two.

Although, this decision is not binding on any other tribunals, it does confirm that obtaining the protections of sections 44 or 100 is not just a question of your staff expressing unspecific anxieties about their working environment or travel arrangements. They'll normally be expected to explain clearly why they believe their workplace (or possibly their commute) is dangerous and give you the opportunity to explain the steps you have in place to protect them and give you time to consider what else you can do to protect them or assuage their concerns.

Anybody who refuses to return to work on health and safety grounds must also be willing to take individual precautions to protect themselves and follow all reasonable management instructions put in place to protect them, such as wearing masks, regularly washing their hands, keeping a two metre distance between themselves and others etc.

It's not enough for the employee to establish there is a risk - they must be able to show that the risk is serious and imminent despite anything they and their employers can do to reduce it.

* Mr Accattatis was dismissed 17 days before he would have acquired the two years' service he needed to bring an ordinary unfair dismissal claim. If he had been dismissed slightly later (between 1 and 7 May 2020) a week's notice would have been added to his date of dismissal which would have pushed him over the threshold. It's therefore very likely that the company took advice on his dismissal and got rid of him, abruptly, without going through a disciplinary procedure which would have taken up time. 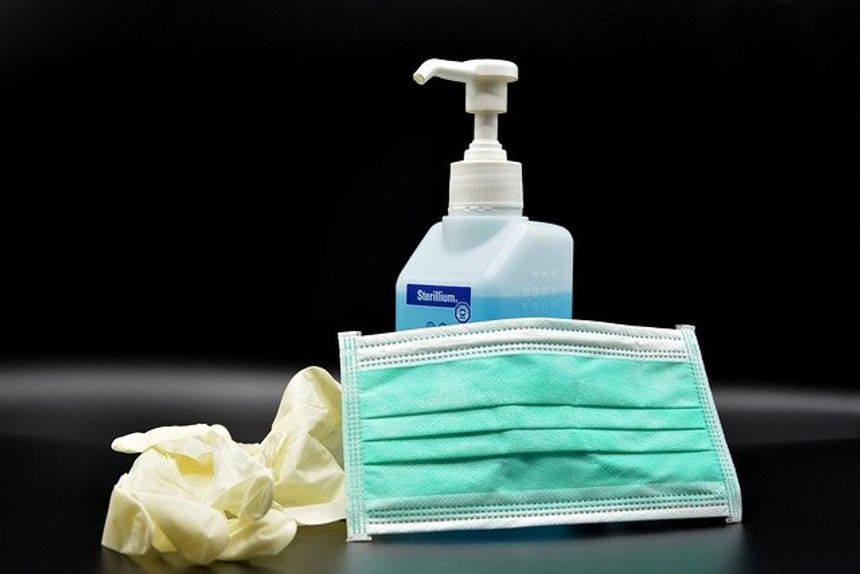