This is the first in a series of posts in which we try to unravel some of the more sector specific implications of the Government's proposed shake up of the planning system. As such, there will be a certain amount of crystal ball gazing involved.

The White Paper**  promises "radical reform unlike anything we have seen since the Second World War*!".  It is  intended to reshape the English planning system to make it faster, more certain and more responsive. To make it easier to plan for our needs moving forward.

The UK has a rapidly ageing population. By 2037, it is forecast that one in four of us will be over 65.  The fastest growing household demographic is amongst those over 80, closely followed by the 65-79 group. ONS data shows that by 2030,  91% of all newly created households will be formed by those over 65*".

Against that background, you might think that the housing needs of an ageing population might make an appearance  in the White Paper and accompanying consultations. That would be a mistake.  As ARCO pointed out when the White Paper was released; retirement housing and housing with care is not mentioned at all.

To get an idea of how the sector might be impacted by the proposals, you need to read between the lines.

It is important to flag at this point, that the sector is not uniform. There are different operating models within it that serve very different needs. From here on out, I am going to refer to two very different forms of provision:  retirement communities, which provide housing with care, and retirement housing, which provide age appropriate homes but does not include care provision. Traditional care homes are also completely overlooked by the White Paper, but I'm afraid that is a trend I am going to continue for the moment.

We are all familiar with proposals by now. Under the new system, Local Plans would become primarily land allocation documents - dividing all areas within a council area as either:

The time periods for adoption of a local plan would be shortened dramatically. The White Paper indicates that the whole process should take no more than 30 months from start to finish - with the call for sites only taking six months.

These changes raise a number of questions for the sector. The two most pertinent being:

The first of these points is a real and genuine concern. Historically, local planning authorities have not done well in allocating sites for retirement housing of any description. Our own research, published just last month, demonstrated that 74.8% of councils in England have not allocated any sites for the sector and this is an improvement. The equivalent figure in 2017 was 83.6%.

If sites are specifically allocated within Growth or Renewal Areas for retirement communities and retirement housing, and are allocated with design codes and height and massing requirements that suit the relevant developers, then this could be a positive step. With the allocation will either come an outline planning permission or a substantially beefed up presumption in favour of sustainable development, which should make the development easier to bring forward.

If the allocations that come forward are too general (and deal solely with market housing schemes with a nod towards a 'mix' of age appropriate housing on site) or entirely absent then the position for the sector could be significantly worse than at present.

There are also risks posed by the 'Protect' Areas. In these areas the current system will remain unchanged, and planning applications will be needed.

The issue with 'Protect' designations is just how wide they are proposed to be. The White Paper suggests that they will cover far more than just the green belt. In fact, it looks like they may well encompass large stretches of open countryside, conservation areas, AONBs, local wildlife sites, European protected sites,  and locally important areas of green space.

It is not clear from the White Paper what, if any, distinctions will be made between these various types of land. If the result of the designation is that it will become just as difficult to develop a site in the countryside as it is a site in an SSSI, then there are likely to be problems. This is particularly true for retirement communities where  the size of the sites required often means bringing schemes forward in the countryside, or in locations that incorporate listed buildings or other heritage assets.

The move to centralised 'binding' housing targets and national planning policies could similarly be an opportunity or a threat; depending on how much thought is given to the sector when the targets and policies are drawn up.

Local planning authorities also have a patchy record when it comes to adopting planning policies that take account of their ageing populations; although there has been a rapid improvement in recent years. Our research shows that currently 43.4% of local authorities have some policy support in place for the sector, up from 31.6% in 2017.

If properly drawn up and supported, a binding national planning policy framework that recognised the importance of retirement living could be transformative; both for the sector and for the wider housing market.  Homes for Later Living has published research that demonstrates that moving into age appropriate housing not only reduces the overall cost burden on NHS and social care budgets, but also that down-sizing has significant benefits for the rest of the housing market. In fact if 30,000 later living properties were built per year (10% of the Government’s overall housing target) this would mean at least 60,000 or more additional house moves are facilitated each year.

However the alternative also holds true. A policy which is poorly thought through, or fails to address the entirety of the market, could make things significantly harder for the sector - and, as the policy would apply across all of England, would be harder to work around than poor policies are at present.

The White Paper does not give any indication as to how these national planning policies are likely to be shaped; but its failure to address the sector at all is not reassuring.

The same analysis applies to the move to nationally set binding housing targets for local authorities. These could provide an opportunity for the sector, if age appropriate housing (of all types) were given their own targets as a subset of the overall need. Without this, there is a real risk that the sector will be overlooked.

The proposed changes to Infrastructure Funding and Affordable Housing (both in the short and long term) are significant. Particularly, in the light of the proposed nationalisation of planning policy and the recent high court decision in Rectory Homes.

The lifting of the small sites exemption is likely to benefit developers of retirement housing, whose schemes tend to be smaller and located in more central locations.

The First Homes Policy is clearly neither designed for nor suited to a retirement living scheme of any description. A fact which does not appear to have been acknowledged in the consultation document itself.

In the longer term, the Government proposes to abolish both CIL and s.106 agreements and replace with a single development land tax. This would be known as the 'consolidated infrastructure levy'*% or... well... CIL.

The details of this new Infrastructure Levy are not yet known, but the White Paper proposes that:

The intention is that there would be very minimal exemptions and reliefs (covering only self-builders and household extensions) and no scope to reduce the amount payable on the grounds of viability.

A lot will depend on how the tax is formulated and where the lower 'viability' threshold is set;  but this 'one size fits all' approach does pose real risks for retirement living schemes as they are far from standard.

The proposed changes would also make developers entirely reliant on local authorities for the provision of infrastructure which may be required to enable their scheme to come forward. As yet, the White Paper is entirely silent on how developers, and indeed local communities, can ensure that this infrastructure actually comes forward.

Whether the White Paper brings forward a new golden age of planning for retirement living schemes, or heralds a return to the dark ages, will largely depend on how the ideas contained within it are shaped moving forward.

The consultation on the White Paper runs to 29 October 2020*.  I would urge you to engage with it.

*and a second, and indeed a third, I have read it several times now.

** and the technical consultation that accompanies it.

*! according to the Prime Minister's Foreword in any event

*^ the exact quote in para 2.34 is as follows: "it will be important for everyone to have confidence that the plan will be the basis for decisions, and so we intend to strengthen the emphasis on a plan-led approach in legislation (alongside giving appropriate status to national planning policy for general development management matters)"

* the technical consultation runs to 1 October 2020

“Whilst the Government claims to be “planning for the future” it appears to be a future in which older people do not feature at all, and the needs of an ageing population are entirely unplanned for. “These proposals entirely ignore the housing and potential care needs of 12 million older people. We call on the Government to give this issue urgent attention through specific policy commitments. “The greatest housing shortage the UK faces is of older people’s housing with care and we are falling further behind other countries. Older people do not have enough good options to downsize to where they can have peace of mind that their health and care needs will be met.” 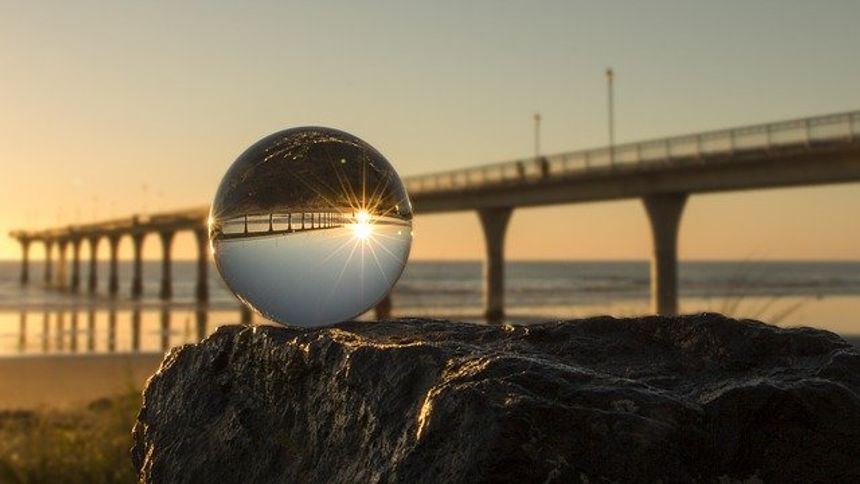