This week’s Planning Magazine reports that Councils are adding drones to their planning toolkit. It is a story which also features in the mainstream press. To the extent that this is used to assist with the determination of planning applications or spatial planning for a County or a District this is perhaps not all that new. Some of the LPA’s I have worked for in-house have on occasion used aerial photography in a very similar way; particularly to conduct annual caravan counts in coastal areas and other key counts in relation to spatial planning. Its use in Development Management and Planning Policy teams (or whatever new buzz words those teams have rebirthed into this week) is likely, simply, a sign of progress and of progressive Councils bringing a service back in-house that has been provided on externally before that.

The powers and duties for general surveying are dealt with both in statute and in the NPPG, particularly at s.13 Planning and Compulsory Purchase Act 2004 in the requirement to survey a LPA’s area including its physical and environmental characteristics. Such a power is of course subject to overlapping and general duties about the collection of personal data in the GDPR and in respect of one’s personal and private life (Article 8) – hence these kind of surveys are generally zoomed out to such a degree that land uses can be identified but personal information cannot be.

However; the use in enforcement is much more progressive. Let’s not forget most Council’s own and/or manage (usually in partnership with the local Police force) the network of CCTV cameras in their areas. These are used for general surveillance and public protection purposes. The idea that they are used for specific surveillance would need a much higher level of specific authority than that which fixed the camera’s in the area in the first instance. With LPA’s pushing what they can lawfully do in the name of planning enforcement (see Nicola’s thoughts on POCA here) it is worth examining how an LPA can lawfully (or not) fly a drone over your property in the search of planning wrongs.

In addition the Wealden District Council Unmanned Aerial Vehicles Policy identifies that the drone could be used to “filter complaints and a site inspection could be carried out without the alleged contraveners being aware, thus removing any unnecessary stress caused by multiple enforcement visits.”

Observations by a Councils Officers should normally be overt. However Covert observations where private information will not be obtained or unplanned observations made as an immediate response to events and ad-hoc covert observations that do not involve the systematic surveillance of a specific person(s) such as generally patrolling an area in response to complaints are generally not covered by a need for further authorisation. As such there seems little preventing the intimal investigation letter from a Council which seeks to book an officer in for an initial site view from adding a paragraph in saying that “the site visit on [x date] may not require access to your property personally by officers, they may drive past, be patrolling in the area, or may choose to fly a patrol drone in the locality which can be used to observe whether or development is taking place at your property.”

Much depends on whether the drone remains overt or becomes covert but whilst there is no express ability to utilise the drone for the specific survey of a specific property in the TCPA 1990 powers identified above it seems it can operate within the spirit of the legislation.

These powers are all well and good in the case of built development or engineering works undertaken without the benefit of planning permission – they are either there, or they are not. A simple single authorised visit (in most cases) can collect the evidence and continue to assess the “expediency” in enforcing. What can complicate this is the unlawful/ unauthorised uses where the context of business of the use is key to whether a material change of use has taken place. To gather proper evidence repeated visits or monitoring is required and in some cases if booked in advance the repeated breach is put on hold for the day in question meaning that some form of covert surveillance is required.

There are very strict rules and regulations governing its use, covered by the Regulation of Investigatory Powers Act 2000 (“RIPA”) and updated in the Protection of Freedoms Act 2012. The judicial approval process is summarised in the updated Home Office Guidance on Judicial Approval and Surveillance and in fairness the Wealden policy (link above) gives practical detail on how this is authorised in that authorities areas.

A RIPA authorisation for covert surveillance (i.e. where personal/private information may be obtained in a covert manner) will only be granted where it is necessary (i.e. overt means cannot obtain the same information) and proportionate to the alleged offence.

Directed surveillance can only be used in limited cases (with or without a drone).

As such it is relatively difficult to identify scenarios where full scale covert surveillance by drone would ever be appropriate in planning enforcement albeit there are clear scenarios where a drone can be used to streamline the enforcement process in an overt manner.  Let's just hope the Council's have better flight paths and pilot skills than those who stopped Heathrow running the other month?

drones can "greatly reduce the risk to staff when dealing with confrontational individuals" and are also seen as a way to investigate potentially vexatious complaints while "removing any unnecessary stress caused by multiple enforcement visits". 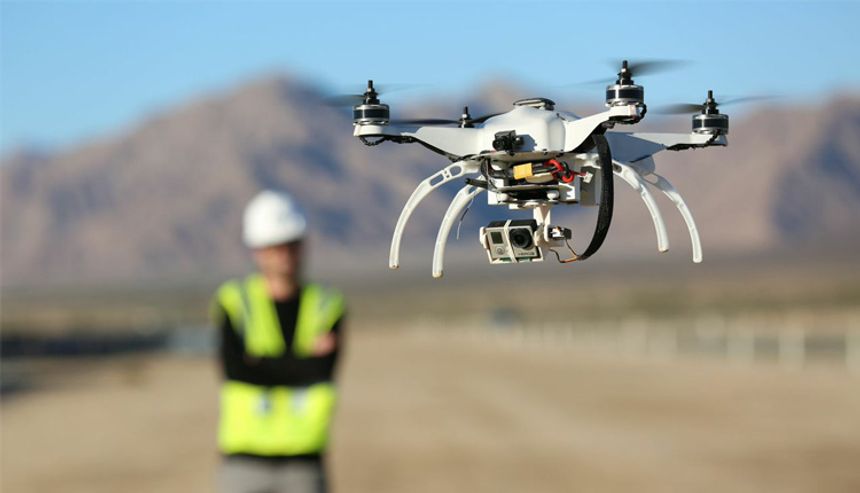