Planning Judgments can be a bit like London buses*^. You wait forever for one to be released and then several come along at once.

This post is not about any of those decisions. Instead, we are going to revisit the tricky issue of the role that confiscation orders play in planning enforcement prosecutions.

Regular readers may recall that in October, last year, I reported on how Islington Council found itself in hot water with the Court of Appeal for basing its decision to prosecute planning matters on its ability to obtain money from the defendant through a confiscation order *&.

At the time, I thought this was a one off. I have now been proved wrong. Wokingham Council has now found itself in the dock over much the same issue.

In Wokingham Borough Council v Scott *$, the Court of Appeal was again required to scrutinise the role that the ability to seek a confiscation order under the Proceeds of Crime Act 2002 (POCA) should play in the local authorities' decisions to prosecute  those breaching an enforcement notice.

The facts of the case are pretty breath-taking, and best appreciated by reading the Judgment, but the core of the case came down to:

The Court of Appeal found against the Council on all three issues. When considering the question of inducement the Court stated:

"First, we reject the argument that, absent evidence of an unequivocal undertaking not to prosecute, the application to stay the proceedings as an affront to justice could not succeed.  The giving of such an undertaking is but one example of circumstances when it may be an abuse of the process to allow a case to proceed."

"...Mr Scott had been "encouraged to withdraw his appeal" and, as Mr Scott himself said, he did so on assurances that his application for a CLEUD would be given proper consideration on its merits and it might well succeed.  When he withdrew his appeal and could not obtain a CLEUD, he could not challenge EN/2. WBC then took advantage of that fact to prosecute.  Accordingly, the judge's finding of an inducement is a difficult finding for Ms Sheikh to attack, made as it was by a trial judge analysing the evidence called before her.  The judge gave a full, careful and fair ruling in which she analysed all the principles that should be applied appropriately.

..... Accordingly, the judge's finding that WBC had induced Mr Scott to act to his detriment and then taken advantage of the situation, in our view, must stand. "

When addressing the issue of the role of the confiscation orders in the decision to prosecute:

"It may come as a surprise to some that there are prosecuting authorities who may benefit financially from their decision to prosecute....  As the court held in Knightland, this flies in the face of the clear provisions of the Code for Crown Prosecutors, accepted by all prosecuting authorities as the applicable Code, that a prosecutor must be independent, fair and objective.

We endorse and repeat the observations of the court in Knightland.  The decision to prosecute is a serious step and one that must be taken with the utmost care.  We understand the argument that the making of a POCA order on conviction may act as a deterrent to offending and has the effect of extracting ill-gotten gains from offenders.  This was no doubt Parliament's intent in enacting the POCA.  But where there is a potential conflict of interest, namely a financial interest in the outcome of the prosecution set against the objectivity required of a prosecutor, the prosecutor must be scrupulous in avoiding any perception of bias.  The possibility of a POCA order being made in the prosecutor's favour should play no part in the determination of the evidential and public interest test within the Code for Crown Prosecutors.  We hope that this message will be relayed to all those making charging recommendations and decisions as soon as possible.

On the facts of this case, given we have heard nothing to justify the decision to prosecute at least ten of the Respondents after the injunctive relief was granted and Mr Scott was made subject to a suspended sentence of imprisonment, it raises the distinct possibility that making of a POCA order in WBC's favour was one of the grounds for the decision to prosecute them. If it was, it should not have been."

Finally, on the question of whether the Council's choice of defendants was flawed, the Court of Appeal said:

"We also have concerns about the approach taken by WBC to selecting those to be prosecuted.  The Code for Crown Prosecutors also provides that prosecutors must be satisfied that there is sufficient evidence to provide a realistic prospect of conviction of each suspect on each charge and that in every case there is a public interest in prosecuting.

....There were three groups of potential offenders: Mr Scott, the owner and operator of the site; Mrs Scott, a joint owner but in legal name only; and the businesses on the site.  Yet they were, as Her Honour Judge Morris observed, simply 'lumped together' as the owners and occupiers of the land during a period of breaches.  It is not appropriate when exercising a power to prosecute in the criminal courts, with its potentially serious consequences, to 'lump' individuals and businesses together in this way."

Whilst two Court of Appeal decisions in four months do not, as yet, constitute a pattern it is becoming increasingly clear that at least some local planning authorities are getting their decisions to prosecute very, very, wrong. It is also clear that the Proceeds of Crime Act is playing a large part in these erroneous decisions. As such, it is worth paying very close attention to the rationale given for any potential planning prosecutions which happen to cross your desk.

As I found the case interesting**", I asked Scott Stemp, the barrister who acted for defendants, to let us have his thoughts on its significance. Scott said:

"The case of Wokingham BC v Scott is important in a number of regards. It clearly underscores for LPAs that the possibility of a POCA order being made in their favour must play no part in the determination of either the evidential or public interest limbs of their decision to prosecute and that LPAs must consider the evidence and public interest separately for each charge against each defendant and, having done so, LPAs must keep those determinations under review.

LPAs also need to be alive to the need properly analyse the impacts of any representations made, whether by councillors or officers and, where someone has acted to their detriment in reliance on those representations, LPAs must be seen to be acting scrupulously fairly and reasonably. The case is also a firm reminder for LPAs of the need to undertake a timely and robust disclosure exercise, which may include personal (as well as official) communications of councillors or officers – and for those who represent defendants, to be prepared to challenge and press for all of these."

Scott happens to be running a free seminar on the case in London on Wednesday - if you want to pop along, the details can be found here:

*^ as opposed to rural buses, which never arrive regardless of how long you wait.....

**" and, to be honest, given that we are connected on LinkedIn, so it was easy to ask the question

On the facts of this case, given we have heard nothing to justify the decision to prosecute at least ten of the Respondents after the injunctive relief was granted and Mr Scott was made subject to a suspended sentence of imprisonment, it raises the distinct possibility that making of a POCA order in WBC's favour was one of the grounds for the decision to prosecute them. If it was, it should not have been.... We also have concerns about the approach taken by WBC to selecting those to be prosecuted. The Code for Crown Prosecutors also provides that prosecutors must be satisfied that there is sufficient evidence to provide a realistic prospect of conviction of each suspect on each charge and that in every case there is a public interest in prosecuting. 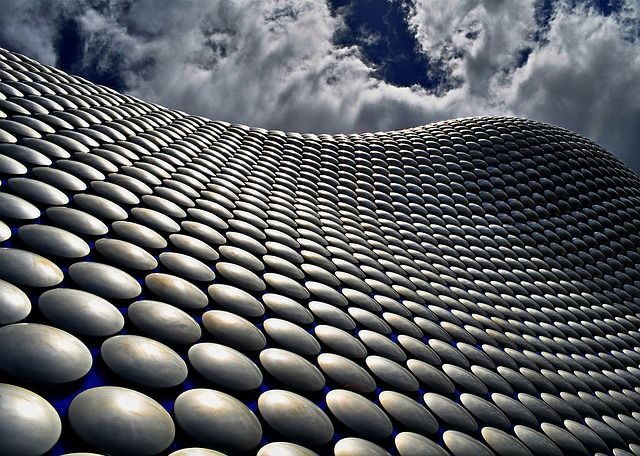