1185 organisations have already done so and the BBC has reported that the gender pay gap has increased for four in ten employers.

Utilities company Npower blamed the increase in its pay gap from 13% to 18% on more female than male employees opting for a salary sacrifice scheme.

However, of those that have reported so far, the median gender pay gap is 8.4%, down slightly on last year’s figure of 9.7%. And of those, 74% have a pay gap that favours men, while 14% have a gap that favours women.

As we explained in our article: Gender pay gap reporting: What will you say if your figures haven't improved? one year is not long enough for organisations to make significant and permanent dents in their gender pay gaps.  And many organisations won't have had that long because this data is based on the snapshot dates of 31 March 2018 (public sector) and 5 April 2018 (private sector) - just a day after the deadline for publishing the 2017 results.

Organisations need to set realistic goals - the government has suggested that most will need at least five years to implement change. But change will only happen if organisations take concrete, measurable and targeted actions to reduce their GPG.

Guidance about how to achieve this is available here.

Shining a spotlight on pay discrepancies was meant to spur action. So the news that the gap is getting bigger in almost two out of five companies that have so far reported may bring dismay. But this highlights that there's no quick fix. A large gap points to (typically) women being clustered in more junior roles. Progressing them through the ranks could take years. Actually, if a firms' plan includes recruiting more female employees at entry level, that can initially widen a pay gap." Dharshini David, BBC economics correspondent 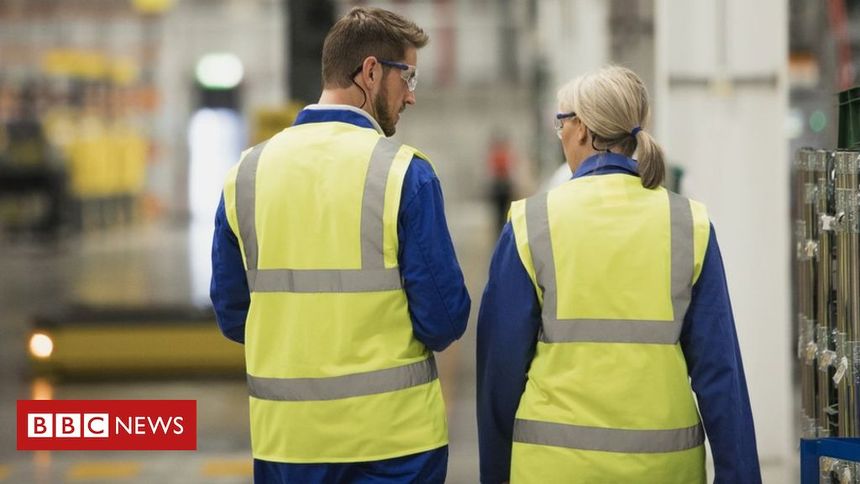 This is what happens when you foster an environment in which every discussion about the pay gap must first prove it exists; where care work is seen as scut work to be done by women and avoided by men; and government chooses not to hold firms accountable. https://t.co/I9Ea3336YJ

Use our calculator to find out the gender pay gap where you work ➡️ https://t.co/78CDwAhiol pic.twitter.com/gMUdKyrwxQ

Senior women leaving doesn’t “skew” the data @Kwik_Fit, it begs questions over why they left and where your pipeline of female talent is. Feeble excuses like this show why the @EHRC needs greater powers to investigate and fine companies for their #PayGaphttps://t.co/vYHCxZx3bp

Reporting alone will not solve this problem. Businesses must be required to publish action plans outlining how they will close their gender pay gap, against which they report progress each year. https://t.co/xppe8y5zDe