Well, I think it is fair to say that this last week has certainly been... dramatic....

In the midst of all of the chaos, drama, and personnel changes in parliament over the last seven days, you could be forgiven for missing possibly the most important planning story of the week.

After a period of consideration that managed to encompass a new Monarch, two new Secretaries of State and a grand total of three Housing Ministers*; the Levelling Up & Regeneration Bill is FINALLY out of Committee!

We do not have a date for the report stage as yet. Given the *other* events of yesterday, I suspect that consideration of revised bill by the House of Commons could well be delayed yet again. We have, however, been provided with the amended text.

In the hope that a present might cheer you all up a bit; a comparison report showing the changes made to the bill during committee can be downloaded from the link below.

I have not been through all of the amendments in detail as yet, but I can say that there aren't that many of them - which may not come as a surprise to those of you who have been following the bill's progress.

It also probably won't come as a surprise to those who read these posts regularly, that I did manage to find the time to take a look at Schedule 11** which deals with the proposed new Infrastructure Levy.

The more significant amendments to the new Infrastructure Levy (IL) can be broadly summarised as follows:

In short, the most significant amendment made to the proposed Infrastructure Levy by the House of Commons' Bills Committee was to make it easier for Councils to use the funds raised for things other than the delivery of infrastructure.

Call me cynical, but surely an Infrastructure Levy that doesn't deliver infrastructure is simply a tax by another name? It certainly isn't a mechanism for guaranteeing the delivery of the new schools, road improvements or health facilities required to support growing communities.

There is certainly plenty for the Commons to debate when LURB enters report stage*!.

Now, we just have to wait to find out who will be leading the Government when it gets there....

*and, yes, the resignation of two Prime Ministers - which I believe is a record

** whilst listening to a planning committee as a) I am that rock and roll, and b) multi-tasking is now a fact of life

*! and even more for the House of Lords to get its teeth stuck into.

He is the third Minister I have engaged with in proceedings on the Bill. The shadow Department for Levelling Up, Housing and Communities team are setting new records when it comes to the ministerial attrition rate. It may be overly ambitious to hope that we can get through five Ministers by the completion of proceedings on the Bill, but we live in hope. 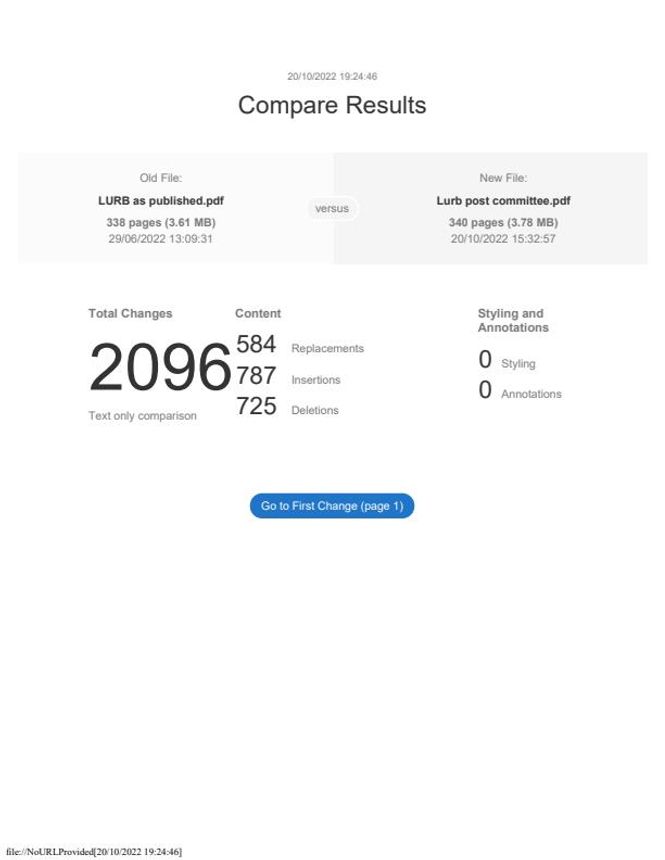