I'll be honest, I don't like tattoos. I think that my antipathy stems from my dad who, at 16 years old, joined the merchant navy and had an anchor inked on one forearm and a rose on the other. He often talked about how much he regretted having them - in part because of how other people reacted when they saw them and the negative assumptions (he felt) they made about him. That message stuck and I find it hard to appreciate the art form.

Attitudes towards tattoos have changed

I accept that my views are old fashioned and out of step with those of many of my colleagues. But, according to a recent UK survey by YouGov these opinions are relatively common amongst people in my age group and above (I'm almost mid 50's).

The same survey found that one in three working people have a tattoo, and 13% of this group have at least one visible tattoo on the head, face, neck, forearms, wrists or hands - that's around 1.4 million people. People between the ages of 25 and 54 are the age group most likely to be inked, with around a third (34-38%) of age groups in this range saying they have a tattoo. The survey indicates that, although attitudes vary by age, most people don't view tattoos as unprofessional unless they are on the face and neck. Fewer people supported teachers having tattoos than any of the other eight job roles participants were asked about.

There's no doubt that attitudes are changing and it's common for workers to display their tattoos in many sectors. Police forces across the UK have been relaxing their policies on visible tattoos over the last few years to allow officers to display body art, providing it is not offensive. And, earlier this year Virgin Atlantic announced that its cabin crew didn't have to cover up their tattoos anymore.

The case of Ms Sloan

I was therefore intrigued by this headline: Mum 'can't get job' because of tattoos but gets three new 'prison' inkings every week. With many sectors struggling to fill job vacancies, why was this woman having trouble getting a job? As you can see from the image, the women in question, Melissa Sloan, has tattoos all over her body including her neck, face and head. According to the newspaper she had a job "once" as a toilet cleaner but it "didn't last long" and she had been turned down for similar work. Leaving aside Ms Sloan's particular case, I wondered how other employers would react when interviewing someone who was inked from head to toe.

The Equality Act 2010 doesn't provide standalone protection for people who are discriminated against because they have tattoos or piercings. This means that, generally, employers can refuse to hire someone because of their body art. However, if their tattoo/s are part of their religious beliefs, the employee may be protected from less favourable treatment on the grounds of religion or belief. Tattoos play an important role in some religions - particularly Buddhism and Hinduism.

The position is somewhat more complicated for existing employees who have worked for the same employer for two years or more (because that is the threshold for being able to bring an unfair dismissal claim). What are your options if an employee arrives at work with a visible tattoo which they can't, or refuse to cover up, which is contrary to your policy and/or you consider to be inappropriate? You may be able to fairly dismiss them but you'll need to rely on one of the five potentially fair reasons for dismissal (misconduct or some other substantial reason are likely to be the most relevant) and follow a fair procedure. This includes warning the employee that they might be dismissed, giving them an opportunity to state their reasons for having a tattoo, reaching a reasonable decision on the evidence and giving them the opportunity to appeal.

Ultimately, it will be up to a tribunal to determine if your response was reasonable. Previous cases have suggested that tribunals may take a tough stance on what is reasonable in this context and are alive to prejudice and 'excessive fussiness' on the part of employers.

Employers have a fair bit of discretion when it comes to controlling their image - including the appearance of their staff. Even if no rules are laid down about this, there is likely to be an implied term that employees wear suitable and acceptable clothes at work. The EAT in an old case - Boychuk v Symons Holdings Ltd made it clear that there needs to be a balance between the interests of the employer and the reasonable freedom of the employee.

Context counts. You may have a good business reason for wanting staff who deal with the public to conform to an appropriate standard of dress and presentation. But, what is appropriate in, for example, the music/arts sector is likely to be very different from corporate white-collar professionals and office workers.

Dress codes provide a framework for staff to understand what they should, or in some cases, must wear to work. These should clearly set out the employer's stance on visible tattoos and why they have imposed restrictions. If you decide to impose a ban on visible tattoos you must enforce it fairly. For example, if you allow a male employee to display tattoos on his arms, but insist that women cover their sleeves, your organisation is likely to face claims of sex discrimination. Similarly, if you allow younger members of staff to display their tattoos but prohibit the DIY versions (which may be more common amongst older members of staff), you may expose your organisation to age discrimination claims.

Even if your workplace is relatively relaxed about what people wear, you may want to prevent your staff from displaying political slogans/badges, t-shirts that use profane or discriminatory language etc. The same considerations could apply to tattoos. Do you want your staff to have visible tattoos which promote unlawful activity such as Ms Sloan's 'cartoon marijuana leaves' inked on her head?

Once you've decided on the standards you expect (preferably by agreement) you must ensure that these rules are explained to all relevant staff. Make it clear what will happen if staff don't comply with your policy and the circumstances in which they could be dismissed.

If you don't have a dress policy that applies to tattoos or piercings, we recommend that you consult with staff before imposing or standardising rules. People choose to ink their bodies for different reasons. A recent study found that the primary motivation for those who got a tattoo was to mark a significant experience or struggle. Some also felt their tattoos were an extension or expression of who they are.

Imposing an outright ban on visible tattoos may, therefore, conflict with your diversity and inclusion messages which encourage staff to bring their 'whole self to work'. It may also alienate existing staff and deter good candidates from wanting to work for you. And, given that many businesses are struggling to find suitably qualified staff, do you really want to impose additional barriers?

You can't judge a book by its cover, nor should you make recruitment decisions purely on how people look. Whilst it may be contrary to your corporate image to employ someone with visible tattoos (which can't be covered up) to act in a public facing role, that doesn't mean that they are unsuitable for all positions.

Train your managers to recognise and acknowledge their unconscious biases (which we all have) and help them to develop strategies to overcome these. This will enable them to make better, evidence-based decisions about who to recruit or promote.

We also have a fixed price employment law service. Please contact Gordon Rodham if you'd like to find out how we can help you avoid discrimination issues around dress policies with our fixed-fee annual retainer, or flexible discounted bank of hours service.

"I can't get a job. They won't have me. I applied for a job cleaning toilets where I live and they won’t have me because of my tattoos. 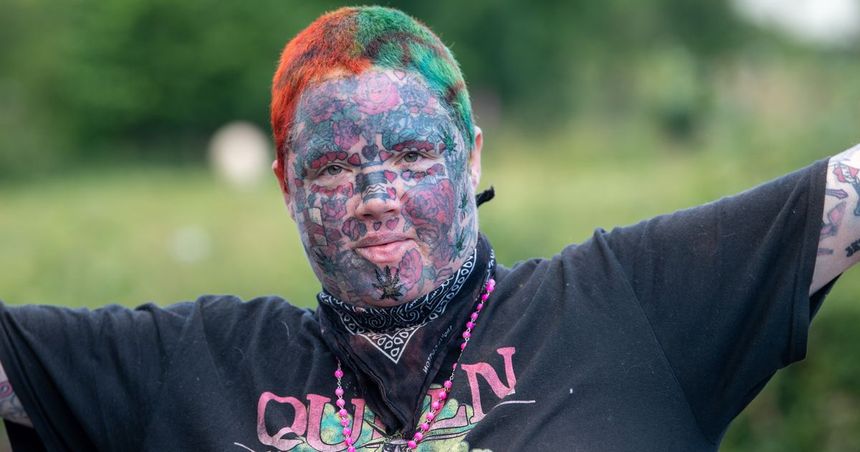