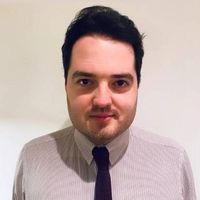 Gamescom returned to an in-person exhibition in August after two years of holding the event virtually due to the COVID-19 pandemic. With 250,000 visitors and 1,100 exhibitors from over 50 countries attending Cologne’s Koelnmesse exhibition centre, the event is the world’s largest in the gaming calendar. Here are my personal highlights and reflections on what was a superb showcase for the sector.

I’ve always considered myself a gamer, and since a young age have held gaming up as one of my main hobbies. Despite this, I’ve never attended a large scale gaming event before and wasn’t sure what to expect when I walked up to the sprawling Koelnmesse complex for the first time, joining the back of a huge crowd of fellow gamers. I was not to be disappointed. My first sight was of a huge banner for Goat Simulator 3 (a game developed by Coffee Stain North, which does exactly what it says on the tin) with the caption underneath: “Play Now in Hall 9. Regret Later”.

I sadly didn’t get a chance to play Goat Simulator 3, as the moment I stepped into the first of many halls occupied by the event I was blown away by the sheer scale, and variety of the exhibits. There were dozens of indie developers showing of their latest games, a retro games zone and a whole floor of gaming related technology on display, from controllers, gaming chairs and computers all the way through to energy drinks and sponsored clothing.

A particular highlight of my Gamescom experience came on this first morning as I stopped by the booth of OWO, a Spanish technology company displaying their new haptic gaming system. This is best described as something out of science-fiction but made reality, as I pulled on a cycling vest of sorts filled with gel patches. Soon after I was plugged into a battery pack and given an Oculus VR headset; and at that point I realised just what I was in for. I felt every impact, breeze, shock and (most disturbingly) swarm of insects that the short, but thrilling, demo threw at me; and this was just a taster of what the haptic technology is capable of. Thanking the team at OWO (and mentally adding one of their haptic suits to my future Christmas wish list) I moved on to see what else Gamescom had to offer.

Over the next few days, and with no small amount of queuing, I was able to get hands on with a number of games ranging from AAA titles to indie games; many of which had only been announced that week at Gamescom and aren’t yet available to buy. Alongside this it was a great opportunity to speak directly to the developer teams about their projects and see first-hand how passionate they all are about their games, big or small, and their drive to deliver the best gaming experiences possible.

I could likely write a book if I were to list every game or new gaming technology that I was able to try over the three days I spent at Gamescom. Some honourable mentions are Level Infinite and their vast array of games on display (not to mention their entertaining and interactive stage shows that got fans up on stage for some fun challenges), The Last Oricru (developed by GoldKnights) and THQ Nordic who showed off a large number of games including the long awaited “Outcast 2 – A New Beginning”, a remastered version of “Destroy All Humans 2” and a strategy game zone where you could experience both “The Valiant” and “Tempest Rising”. However, I’d like to pull out a few personal standouts.

First up was my first ever VR experience, provided by Fruity Systems, and their new Oculus VR game “Space Salvage”. The demo I played literally put me in the seat of a small space shuttle, acting as a futuristic salvager, and made full use of the Oculus VR capabilities. I literally had to reach out and grab the throttle and control stick of the small craft; with the sense of vertigo when looking through the canopy of the shuttle being suitably, and realistically, unsettling.

Second on my short highlights reel was IXION, developed by Bulwark Studios and published by Kalypso Media Group. This winner of the Gamescom 2022 award for “Best Strategy/Simulation Game” tasks you with building up a giant space ship to propel humanity into the stars. Combining elements of city building, resource management, survival and exploration this game definitely left a great impression (and made it straight onto my wish list). As many of the characters said in the short demo “In Dolos we trust”, well in this case that trust is well placed in Bulwark Studios and Kalypso Media Group.

My final highlight was the chance to visit Ubisoft’s fan zone, and speak directly with the development team of their new pirate simulator “Skull & Bones” in a small scale Q&A of about twenty or so intrigued gamers. The game sets players at the helm of a pirate ship in the Indian Ocean during a fictional take on the so called “golden age of piracy”, and features in-depth exploration, naval combat and survival elements. For around an hour the team of developers answered our questions about the game, gave us some exclusive insights and even some inside tips on how to get the early advantage over our fellow “captains” when the game launches (which of course I won’t share...it is a pirate game after all). All this was rounded off with a cheer to our future virtual crewmates using our best pirate impressions, which sadly for my career prospects as an impersonator, I’m almost certain was being livestreamed on social media at the time.

Gamescom 2022 was certainly well worth the visit, and even though some big industry names like Sony and Nintendo weren’t in attendance this year, the event certainly had a buzz around it. I’m already looking forward to Gamescom 2023, and to paraphrase the Goat Simulator 3 banner hanging over the main entrance: “Play Now. No Regrets Later”. 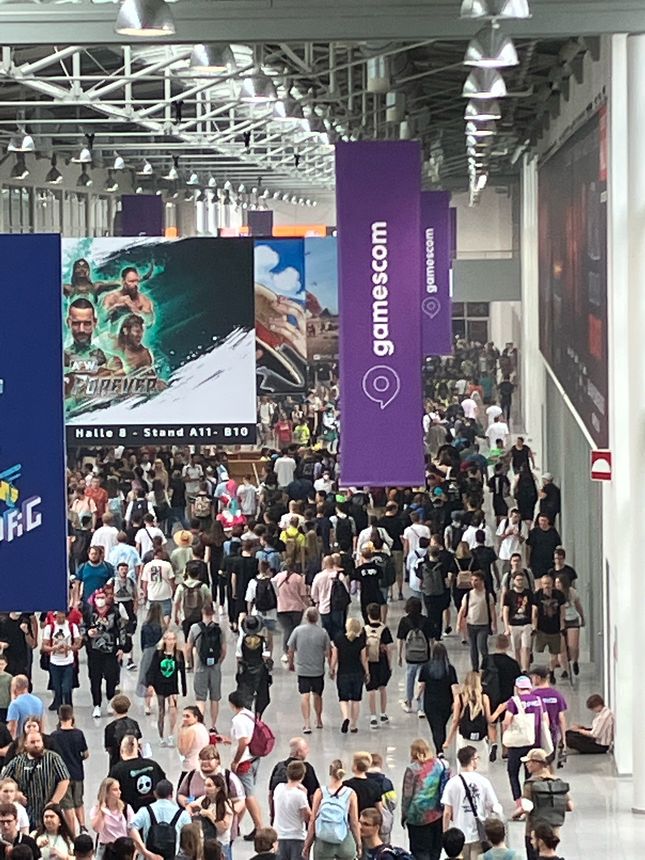