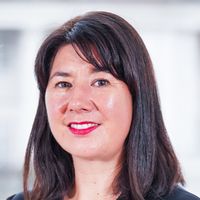 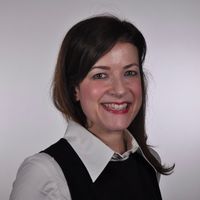 Back in May, a new Media Bill was announced alongside the Queen’s Speech delivered by HRH Prince Charles. Whilst the Media Bill is still yet to be published, a new Prime Minister is in place and King Charles III has acceded to the throne.

It remains to be seen whether these significant political and constitutional changes will impact the contents of the Media Bill once published. In the meantime the BBC and ITV signed a letter (also signed by Channel 5, STV and S4C) published in The Daily Telegraph stating that urgent changes are required to safeguard the sector and reminding the Government of its commitment to introduce the proposed Media Bill.

The broad details of the Bill are set out in the Growing the Economy to Address the Cost of Living section of the Queen’s Speech Lobby Pack and the government’s Vision for the Broadcasting Sector Whitepaper published by the Department for Digital, Culture, Media & Sport (DCMS).

Key proposed changes include: the controversial proposed privatisation of Channel 4; updating the public broadcasting framework to better facilitate public service broadcasting to promote British on demand platforms and content; and, a new Video-On-Demand (VOD) Code which would apply to all VOD service providers including Netflix, Paramount + and Prime Video to be drafted and enforced by Ofcom.

The Writers Guild of Great Britain predicts that the Bill will have a “devastating impact” on creative workers, the Creative Industries and the wider UK economy, whilst Channel 4 has published proposals that they say will remove the need for privatisation.

One area of the Bill focuses on the rise in demand for subscription video-on-demand (SVOD) services. In 2021, the UK’s public service broadcasters (PSBs) spent just under £2.8bn on new content whereas Netflix alone spent an estimated $17bn in 2021.

The share of total viewing for linear TV channels such as ITV and the BBC fell by more than 10% between 2017 and 2020 whilst the share for SVOD services such as Netflix and Amazon Prime Video rose from 6% to 19% over the same period.

Although it should be noted that it has recently been reported that the UK SVOD market has declined by nearly 500,000 subscribers during Q2 2022 as a result of rising inflation forcing younger viewers to cut their expenditure and rely on free entertainment options such as BBC iPlayer.

The UK has a unique broadcasting ecology, worth about £12bn a year which is responsible for 180,000 jobs across the UK (including film), and independent production in the UK is now booming - revenues have grown from £500m in 1995 to £3bn in 2020.

The Whitepaper confirms that this will achieved in a number of ways:

Exactly how these changes will be implemented will be set out in the draft Bill once published.

Again, exactly how these changes will be implemented will be set out in the draft Bill once published.

Whilst the government states that the reforms proposed by new Media Bill will update old legislation and unleash the potential of the UK’s creative sector, how this is intended to be delivered will not be known until the publication of the Bill.

In any event, it is clear that there is some scepticism amongst businesses and professionals in the television sector and wider creative industries as to the proposals and their potential benefit to a world leading UK TV production sector.

If you would like any further information on any of the themes contained in this email please do contact Laura Harper, Partner laura.j.harper@irwinmitchell.com or Suzanne Thompson, solicitor suzanne.thompson@irwinmitchell.com

To keep up to date with Irwin Mitchell briefings and events relevant to the Media and Interactive Entertainment sector subscribe here.

More posts by the authors