This week, the TUC called on the government to increase the National Minimum Wage to £15.00 an hour for all age groups and has set out its plan to create a high wage economy.

The highest NMW rate of £9.50 an hour applies to workers who are 23 and over. Increasing it to £15.00 represents a 59% uplift for that age group, and significantly more for younger age groups. The union recognises that the government won't be able to introduce such a dramatic increase overnight and has set out a 'roadmap' to achieve this by 2030.

The Low Pay Commission (LPC), are the independent body charged with advising the government on the levels of the NMW (including the National Living Wage). Its current remit is to recommend the NLW rate in line with reaching the target of two-thirds of median earnings by October 2024. It's most recent report, dated December 2021, set out a path to achieve around £10.70 an hour by April 2024. It's next report is due out before the end of this year.

Although we are starting to see an increase in wage inflation, the TUC believes that the LPC is on track to achieve a NLW rate representing 66% of median earnings by 2024. It suggests that now is the time to set a more ambitious target of 75% which would mean that the median rate would increase to £20 an hour.

How have the government responded?

A spokesperson has said that the 2022 rate was the 'largest ever rise' and setting the minimum wage too high or increasing it too quickly could lead to higher unemployment. Neither of the candidates for Prime Minister appear to have made any public statements about whether they support a £15.00 rate.

Last year, the Labour Party unanimously approved a motion calling for the NMW to increase to £15 per hour. And last week, two of its front bench shadow ministers wrote a newspaper article which set out its intention to 'change the Low Pay Commission’s remit so that, alongside median wages and economic conditions, the minimum wage will for the first time reflect the need for working people’s pay to at least cover the cost of living'.

Will the government remove the age bands?

The TUC argue that all workers should be paid for the job they do. The LPC is working towards including 20 and 21 year olds in the highest rate of pay by April 2024 but we don't yet know if the government will change its remit to include additional age groups.

It's probably unlikely though as setting rates at lower levels for younger people was designed to encourage employers to take on staff with little or no experience. Removing it could make it much more difficult for young people to obtain entry level jobs - particularly when demand for jobs increases.

When will the NMW increase?

Any increases to the NMW take place in April each year.

The TUC has asked for the review date to be brought forward this year to October so that workers don't have to wait until April to get an increase given the huge cost of living increases they are already coping with.

What about the real living wage?

The real living wage is a voluntary scheme paid by over 10,000 UK businesses. It's calculations are based on the actual cost of living rather than government policy and what employers are deemed to be able to afford. It's current rates are higher than the NMW rates: £9.90 outside London and £11.05 in London. It will publish its new rates on 22 September 2022 and all employers who want to remain in the scheme must increase the pay of their staff by 14 May 2023. 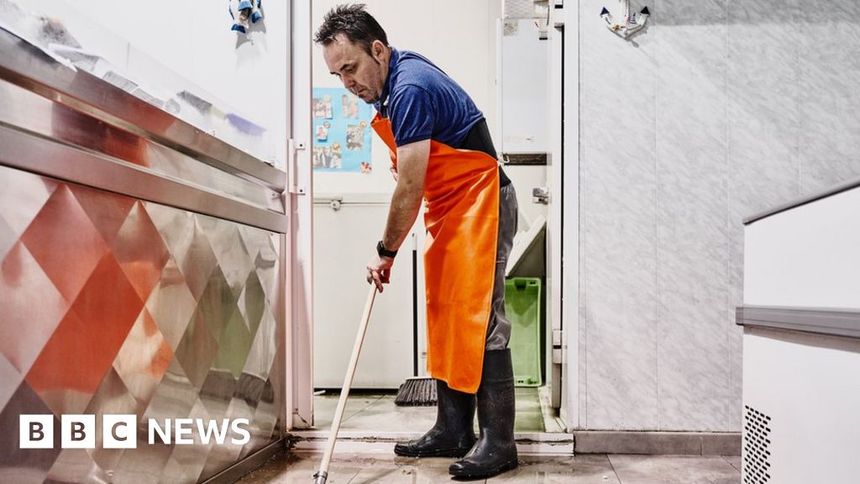