In R v Andrewes, the Supreme Court had to determine how much to recover from an employee who had been convicted of theft and fraud after lying about his qualifications.

Mr Andrewes was a man with ambition. In 2004, he decided that he was the right person to become the CEO of a hospice and applied for the job. The only problem was that he didn't have the experience or qualifications required. To overcome this, he decided to create a CV which was a work of fiction. Rather than mentioning the two qualifications he did hold (a diploma and teaching certificate), he claimed to have four degrees/post-grad qualifications and to be writing a PHD in (wait for it) ethics and management. He then lied about his managerial experience and inflated what experience he did have to make it sound much more impressive than it actually was.

He was appointed and, over the years, was appraised as being 'strong' or 'outstanding'.

In 2007, he applied for a secondary post as a non-executive director at an NHS trust. He repeated his lies about his qualifications and experience and was duly appointed (although by that stage he also claimed to be a doctor, having "completed" his PHD). Then in 2015 he was appointed as the Chair of the Royal Cornwall Trust. During this time he continued to work for the hospice.

It's not entirely clear why his employers became suspicious that Mr Andrewes was not as qualified for these roles as he claimed to be. All we know is that the hospice conducted a review into his background and qualifications at the request of investigators appointed by the NHS. The whole sorry saga unraveled and the hospice called the police.

Mr Andrewes pleaded guilty to one charge under the Theft Act and another under the Fraud Act. He was sentenced to two years imprisonment. The prosecution asked the court to make a confiscation order to recover the earnings he had obtained in the three roles as a result of his criminal conduct (which amounted to approximately £643,000). The court ordered Mr Andrewes to repay almost £97,000 (which was the amount he had available) and he appealed.

Mr Andrewes argued that the award was disproportionate and didn't reflect the fact that he had done a good job and his employers had received the benefit of his hard work. In other words, he had provided full value for his remuneration. The Court of Appeal agreed that this would amount to double recovery and it set aside the award. The prosecution then appealed to the Supreme Court.

The prosecution argued that it was entitled to take all of Mr Andrewes' earnings (although it accepted that only £97k was available to recover). He argued they should get nothing because his employers had the benefit of his labour.

The Supreme Court rejected both approaches. It said that the correct approach was to work out the difference between the higher earnings that Mr Andrewes has obtained and the lower earnings that he would have obtained had he not used fraud and hence had not been offered the particular job. The difference between these two calculations was the 'profit' Mr Andrewes derived from his criminality.

Mr Andrewes' received a 38% uplift on his salary when he was appointed CEO of the hospice. The court applied the same percentage to his overall earnings which amounted to £244,000. It therefore decided that it was appropriate to restore the confiscation order.

The court said that it would be appropriate to make an order to recover all earnings where someone was providing services which amounted to a criminal offence. This would include someone appointed to a job as a surgeon, airline pilot or HGV driver as these roles legally require specific qualifications.

Lessons for other employers

It's obvious, but if you've listed specific qualifications as an essential requirement of the job, you need to check that your preferred candidate has achieved these. Visually inspecting certificates may not be enough as it's relatively easy to buy these off the internet or create your own using photoshop. You can approach the awarding body direct or use an agency to do this for you.

You will need the candidate’s name at the time of graduation, plus their date of birth, the name of institution they studied with, qualification type e.g. BA, MA, PhD, the course name, grade achieved and date of the award.

In most cases you may only need to check their highest, or most relevant qualification.

2. When to involve the police

According to recent research, around 61% of employers still rely on CV's to assess the suitability of a candidate despite the fact that people can lie or exaggerate their qualifications and skills. CV's and job applications favour candidates who are good at selling themselves. Applicants may exaggerate previous experience and gloss over suspicious looking gaps in their employment history to give themselves the best chance of making the shortlist. They can also pay people to make their application 'AI friendly' (by including key words) and making it stand out to a human.

It's then down to the employer to work out who is the best fit for the job by applying a rigorous and fair process. Many employers are opting to use a combination of approaches rather than relying exclusively on a candidate's performance at interview. Psychometric testing can now give a good indication about somebody's resilience, their learning agility etc that won't necessarily be apparent through a CV/application.

If you find out that someone has lied on their CV, you can dismiss them. If they've worked for you for two years or more, you'll need to go through a proper procedure first.

You must notify the police if the employee has committed a criminal offence by working in a role they are not qualified for. But, you're under no obligation to notify the police in other cases. That's a matter for you and your approach will depend on what the employee has lied about. There's clearly a difference between someone who has enhanced their degree classification from say a third to a first, to someone like Mr Andrewes whose qualifications were entirely made up.

The Crown Prosecution Service will only recommend that someone is charged if they have a realistic prospect of achieving a conviction.

Our public law team can help you to decide when to involve the police, and employment partner Glenn Hayes can help you to fairly dismiss anyone who has lied on their CV. 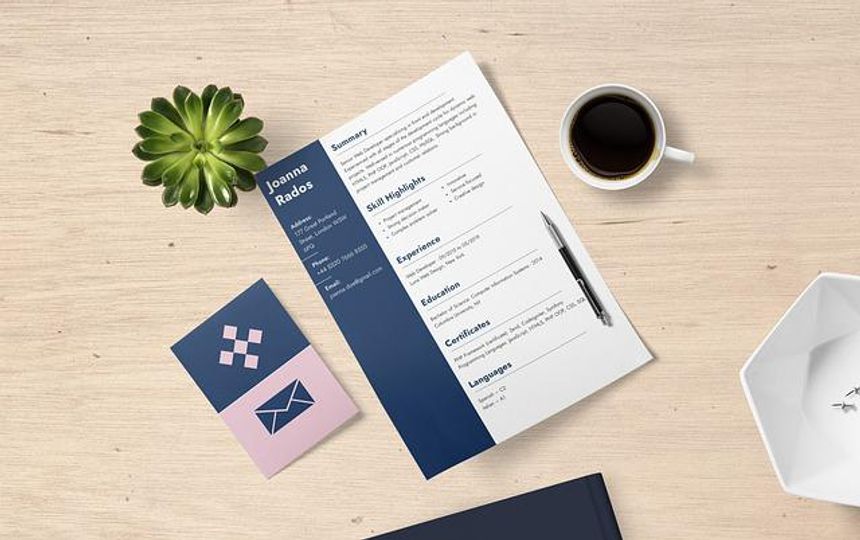