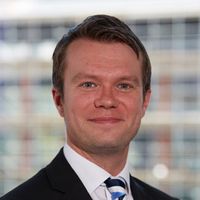 The importance of that advice now appears to be even more acute, as financial pressures drive potentially riskier courses of action or force directors to move from acting for the benefit of their shareholders to their creditors (the 'insolvency twilight zone').

These pressures are varied and there are a number of questions facing manufacturers. Some of these are logistical (such as whether or not there are alternative sources for the raw materials necessary to sustain a manufacturing process), employment and people (such as recruiting and retaining talent during the 'Great Resignation'), or financial (reacting to the increasing cost of doing business).

By no means an exhaustive list, I discuss below five of these pressures in more detail.

Probably the most publicised pressure recently is the rising cost of energy and it was recently reported that diesel prices hit a record high in May 2022.

Whilst a large part of the news coverage has focused on domestic energy users, the impact of the energy crisis on all businesses (and especially manufacturers) cannot be understated. Manufacturers are, by their very nature, intense users of energy. Certain manufacturing sectors (such as food manufacturers) use significant amounts of electricity as part of their processes.

The question of what can be done to ease energy costs is a challenging one to answer. Renewable energy sources are an option (solar panels or wind turbines, for instance), but the difficulty with that solution is that it leads to further questions: will these renewable sources make any significant contribution to the total energy use? Is it worth the expense of investing in renewable energy sources if the rising costs are temporary? This is a commercial decision for manufacturers, but also highlights why seeking advice where a company is facing financial pressure is so important. Large expenditures may put more pressure onto an already distressed business.

As the old saying goes: ‘cash is king’. In an article published in Business Money in May this year, it was noted that “…[o]ver a quarter (26%) of UK small or medium-sized enterprises (SMEs) have seen the number of late payments they receive increase since the cost of living has gone up, according to new research from Barclays.” (Over a quarter of UK businesses are being hit by more late payments - Business Money (business-money.com)) Whilst this comment is not specifically aimed at manufacturers, the late payment of invoices affects all industries.

The late payment of invoices adds to a company’s costs (such as employing staff to chase payment of invoices and legal costs to take action against those that are not paying) and more importantly reduces cash flow for the servicing of debts and other outgoings. The lack of cash can be a reason for companies failing, a fact that was reinforced in commentary provided by the Begbies Traynor Group in December 2021 (What should you do when your business has cash flow problems? (begbies-traynorgroup.com)).

If a manufacturer is facing an increase in debtor days it is important to seek advice and take action early. Doing so may allow a manufacturer to sustain a level of cash flow which means they do not fall foul of agreed invoice payment terms and avoid facing action being taken against them for unpaid sums.

It is important  for directors to remember that one of the tests for insolvency is whether a company can pay its debts as and when they fall due (the ‘cash flow insolvency test’). If a manufacturer is finding that they are not able to pay their invoices when they fall due they should seek advice as soon as possible. If they do not, and their company ultimately enters an insolvency process, the directors could face action against them personally for breaching their duties based on the decisions they took prior to the company going into an insolvency process.

The rising cost of raw materials or indeed acquiring manufactured components that form part of a product is also another issue that manufacturers will be acutely aware of. These costs, driven up by the disruption caused by conflicts including those in the Ukraine and Yemen, increased transport costs and (yes again) Brexit, are all factors that manufacturers will need to take into account in business decision-making.

As reported in the Financial Times in May this year, when quoting a survey by Make UK, there has been an increase in the number of British manufacturers ‘reshoring’ production in an effort to reduce the impact of Brexit on their supply chains (UK manufacturers ‘reshore’ supply chains after pandemic and Brexit | Financial Times).  The Financial Times article, when referring to the survey conducted by Make UK, noted that: “…[t]hree quarters of companies have increased the number of their British suppliers in the past two years…”  goes on to state that “…[a]lmost half of companies said they intended to further boost their UK supply base in the next two years.”

This is an interesting statistic and if this comes to fruition then it may prove to be positive news for UK manufacturers, amidst the myriad of gloomy headlines.  The reshoring of supply chains may mean that UK manufacturers are looked to first to supply goods, rather than international counterparts. This would hopefully mean that UK manufacturers’ order books fill up rather than diminish. If this does come to pass, then the need to be competitive, in terms of price, quality and availability of supply, will no doubt become an even hotter topic.

The issue of competition leads on to another potential problem: pricing. I discussed this in my previous article, since when the importance has arguably become even greater when considered against the backdrop of rising inflation.

It is a narrow path to tread between absorbing any increases in costs or passing them on to customers, with the risk that those customers may look elsewhere for the same goods at a cheaper price. Manufacturers may need to carefully consider their pricing strategy so that they can balance being competitive at the same time as ensuring that they do not undermine their financial integrity and stability in a way that then pushes them towards insolvency. If directors are concerned about this they should again seek advice as soon as possible.

As reported in May this year, (Interest rates: What are they and how high could they go? - BBC News) the Bank of England raised the interest rate to the highest level in 13 years in an effort to hold back the continuing rise in inflation. This increase will naturally affect the cost of borrowing and companies should, if they are concerned about defaulting on any borrowing, take advice as soon as possible and prior to any default. Defaulting on borrowing can have significant consequences for businesses, particularly where the borrowing is secured, as a secured lender will likely have significant powers to take action to recover the sum(s) due to them.

Coupled with increased borrowing costs,  rising inflation reduces purchasing power meaning that manufacturers can purchase less per Pound Sterling than they could one, two or six months ago.

All of the above factors reinforce the conclusions from my article in October last year and in particular that taking advice at the first signs of financial distress rather than putting this off in the hope that the situation improves can be critical for those businesses that are struggling now or can see headwinds on the horizon. In addition, the importance of directors seeking advice, both in terms of their duties and the personal risks of courses of action that they are proposing to take whilst cash is still available, cannot be understated.

British manufacturers are bringing back production to the UK in a “reshoring” push to try to address the supply-chain chaos caused by the coronavirus pandemic and Brexit. Three-quarters of companies have increased the number of their British suppliers in the past two years, according to a survey by Make UK, the manufacturers’ trade group. Almost half of companies said they intended to further boost their UK supply base in the next two years. Conversely, more than 10 per cent said they planned to reduce reliance on Asian suppliers over the same period. 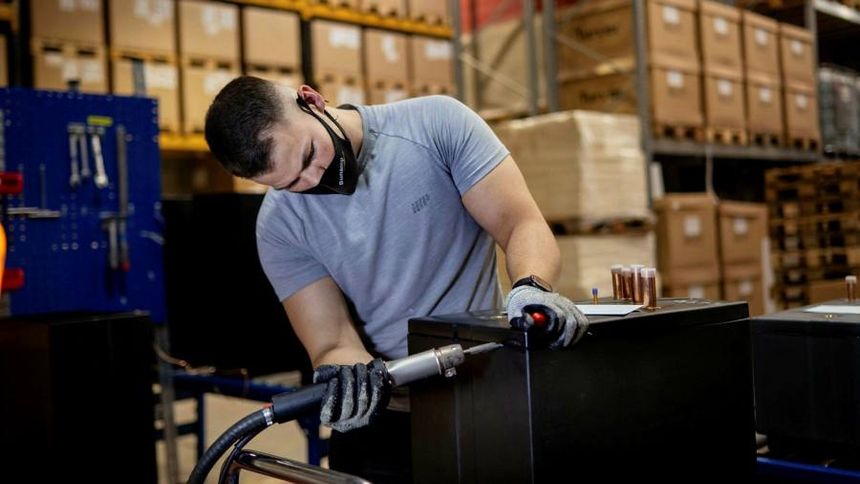