In Burke v Turning Point Scotland, the employment tribunal had to decide whether a man who caught COVID-19 in November 2020, and experienced fatigue and other symptoms up until his dismissal eight and a half months later, was disabled for the purposes of the Equality Act 2010.

Mr Burke worked for the charity as a caretaker. He caught COVID-19 on 15 November and experienced mild, flu-like symptoms for the first couple of weeks. He didn't return to work after his self-isolation period ended because he developed severe headaches, extreme fatigue, joint pain, had difficulty sleeping and lost his appetite. Some days were better than others and the unpredictability of his symptoms made him anxious.

He was unable to do normal chores around the house and had to rest after waking, showering and getting dressed. He was unable to walk very far without becoming exhausted and would "drift off" when reading or watching TV. He also didn't attend important social events (including the funeral of his uncle, or Christmas celebrations) or participate in family zoom calls.

He submitted a number of fit-notes which indicated that he was generally unwell, queried whether he had post-viral fatigue and mentioned "long COVID".

Mr Burke did slowly start to improve and, by April, his main complaints were fatigue, sleep disturbance and occasional flare ups in his joints. He was seen by an occupational health professional in April who said that he was fit to return to work on a phased basis. They also concluded that he was "unlikely" to be disabled. Shortly afterwards, Mr Burke's symptoms got worse and he was signed off work for a further four weeks.

In June, Mr Burke was again assessed by occupational health. He told them that he was keen to get back to work but was concerned about “episodes of daytime sleepiness”. OH reassured him that this was fairly normal when people are not occupied and concluded he was fit for work. However, before Mr Burke could return to work his condition relapsed and he submitted another sick note which indicated he was still suffering from “post viral fatigue syndrome.”

Mr Burke was dismissed on 13 August due to ill-health. He brought a number of claims, including disability discrimination and unfair dismissal. The charity accepted that he had an "impairment" caused by COVID-19, but denied that it was "long-term". A preliminary hearing was held to determine if Mr Burke was disabled.

The tribunal concluded that Mr Burke was disabled and could continue with his claim. It addressed each of the legal tests in turn.

It accepted that long COVID was a "recognised difficulty" and people recovering from it experienced good and bad days. Although there wasn't much medical evidence to support this diagnosis (owing to the lack of face to face meetings at this time), this didn't mean that that those symptoms did not exist. The essential diagnosis was “post viral fatigue syndrome” caused by COVID-19. Mr Burke was a credible witness and hadn't exaggerated his symptoms. He had worked for the charity for 20 years, had exhausted his sick pay and was unlikely to pretend to be too ill to work. The tribunal was also influenced by the fact that the charity had concluded that he was too ill to work and had dismissed him for that reason.

The tribunal concluded that long COVID had a substantial impact on Mr Burke's ability to carry out normal day to day activities and that, even in August 2021, he still needed to rest during the day and continued to suffer from aches after walking short distances.

On the question of whether Mr Burke's symptoms were likely to last 12 months or more, the tribunal made it clear that it had to judge this at the date the discrimination took place, rather than examining what did, in fact, happen afterwards. In this case, the charity accepted that Mr Burke was too ill to work and it's letter of dismissal referenced the fact that his prognosis was uncertain and he didn't know when he would be able to return. On that basis it concluded that Mr Burke was more likely than not to have suffered from long COVID for at least a year.

The case will now go back to the tribunal to determine the substantial claims.

New research indicates that Omicron is between 20-50% less likely to cause long COVID than previous variants (the figure varied depending on the patient's age and the timing of their last vaccination). However, this doesn't mean that cases of long COVID are falling. This is because more people have been infected with Omicron, so the absolute number now suffering is higher.

Employers therefore need to carefully manage anyone who has been diagnosed with long COVID or are suspected of having it. We recommend that you consider the following:

1. Is the employee disabled?

Not everyone who has ongoing COVID symptoms will have a disability. But, it's probably safer to assume that anyone who is still suffering from the effects of COVID-19 months after they were infected may have a disability - particularly if their health problems mean that they can't do normal day to day activities such as shopping, reading, watching TV, getting washed and dressed, preparing food, walking, travelling and social activities. In the context of work, this may include interacting with colleagues, using a computer, driving, keeping to a timetable etc.

Occupational health professionals will help you to ascertain what an employee can or can't do, consider what adjustments you can make and to help reduce their sickness absence. But there are limitations to their expertise. Although it's usual for OH advisors to give an opinion about whether the employee is disabled in law, this case makes it clear that you shouldn't uncritically rely on an OH's opinion. If that advice is wrong and, for example, a tribunal determines that an employee is disabled, you will be held liable if you've not made any reasonable adjustments and/or followed a proper procedure before taking action against the employee.

3. What reasonable adjustments can you make?

If you conclude that your employee is, or may be, disabled think about what reasonable adjustments you can make to help them remain in work or return to work. This might include adjusting someone's hours, giving them the opportunity to work flexibility or limiting what they do either on a temporary or permanent basis.

You are entitled to manage ill health and absence and a disabled employee can't expect to be removed entirely from the scope of your absence management policy. Some policies already include provisions to offset disadvantage to people with disabilities. If yours doesn't, consider what adjustments you can make. This may include extending the trigger points and allowing a higher level of absence before you start taking action. That's particularly important if you use the Bradford factor because it penalises employees who have short, frequent and unplanned absences. People suffering from long COVID can be well one day and suffer a relapse the next, and are much more likely to take short and frequent absences, than other members of staff who become ill.

Even if adjustments are made, the level of absence may reach the point where you can reasonably dismiss on the grounds of capability. However, you need to obtain up to date medical evidence first, discuss this with the employee and warn them that they may be dismissed. Take advice if you're not sure how to manage this.

The other important point to note is that whilst evidence about the symptoms and impact of long COVID are still being investigated by the medical profession, the tribunal was influenced by the TUC's report: “Workers experience of long COVID” which indicated that the most common symptom was fatigue. Poor concentration, joint pain, headache and muscle pain were also noted. The report also stated that the most common time for those responding to the survey to have experienced symptoms was between 3-6 months (35% of responders) whilst others experienced 25 symptoms for 12 months or more (29% of responders). It also made the point that for many people, symptoms vary over time and become worse on some days than others.

Our specialist lawyers can help you to manage any member of your staff who has long COVID. Please speak to Glenn Hayes for further help. 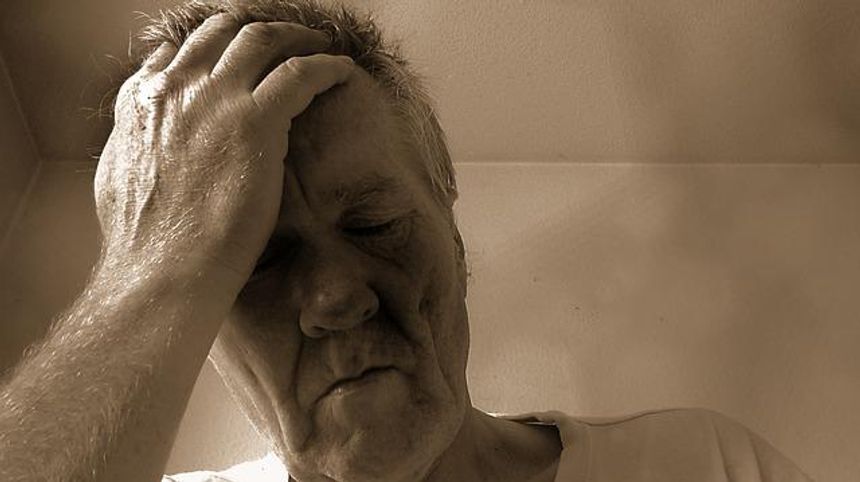