On 11 May 2022,* the Levelling Up and Regeneration Bill was placed before Parliament.

I am writing this post on the day of the bill's publication, so it is very much an initial overview of the planning related proposals in the bill. The team will be publishing more detailed analysis of the key proposals over the coming weeks.

The bill contains the largest collection of Henry the Eighth clauses that I have seen in one place for a number of years. Very large sections of the bill are wholly dependent on secondary legislation for delivery.

On the one hand this is very frustrating, as it  means that  important changes to our planning system could be made without any significant parliamentary scrutiny.

On the other, It does provide a handy theme for my subheadings...

Whilst there is nothing in the bill to address the pressing issue of local government resourcing, it does contain a range of provisions intended to encourage greater devolution. This is done primarily through:

Moving to a CCA would be a wholly voluntary move for councils. This new local government structure is by no means compulsory, but given the lack of any mandatory mechanisms for strategic planning in the bill, I suspect the government is hoping that it proves popular.

The bill sets out a wide ranging set of amendments to how our planning system deals with both the protection of heritage assets and breaches of planning control. Some of the more noteworthy include:

These changes should be watched carefully, as they are likely to have a significant impact. The changes to enforcement powers, in particular, could end up disproportionately affecting individual householders, protected groups (such as Travellers) and SMEs. These groups are more likely to engage with the system without professional help and (potentially as a result) are already over-represented in enforcement cases.

The Duty to Cooperate is to be repealed** and replaced with a more flexible alignment test that would be wholly policy based - as opposed to a statutory requirement.

This is a move that appears to be designed to get more local plans through the system.

The lack of any kind of replacement mechanism for encouraging cross-border planning between local authorities is both telling and extremely disappointing.

The bill also contains provisions that are intended to make it easier for local authorities to regenerate deprived areas. The two big ideas put forward here include:

As I have previously mentioned, this last proposal seems more likely to encourage the conversion of vacant units to residential use, than promote re-letting... especially given than the vacancy requirement for Class MA is only three months long...

A very large proportion of the bill is devoted to measures to promote both the digitisation and simplification of local plans.

This is not surprising, as it was the one part of the Planning for the Future White Paper universally considered to be a good idea.

Given the recent stories in the press, it is not surprising that the bill contains measures to replace CIL with a new Infrastructure levy.

What may be more surprising to those who have just been reading the headlines, is that reports of the demise of s.106 Agreements have been greatly exaggerated.

Instead the bill contains a set of enabling legislation that is largely identical to the provisions in the Planning Act 2008.

I will return to these proposals in a lot more detail shortly (with the help of a special guest contributer), but the high level proposals are as follows:

In short, a system that is fairly similar to the one we have now - albeit that this version will also raise funds for affordable housing delivery and will be backed by mandatory infrastructure strategy statements.

Potentially more interesting are the Government's comments on the potential implementation of the new levy. Which state that the Government intends to

In short, they are very aware that this could all go horribly wrong....

Fast Track Procedure For Near Duplicate Applications, Street Votes, Outdoor Seating & Environmental Reforms  (Henry the eighth I am, I am)

The Bill also contains measures to:

These last two points, in particular, deserve far more attention than I am giving them; but it is late and I am running out of steam (and coffee)....

To summarise the summary: As currently drafted, the Levelling Up and Regeneration Bill grants the Secretary of State the power to make a lot of important decisions about our planning system with minimal involvement from Parliament.

If you can, now would be a very good time to set up a monitoring system for government consulation documents and draft statutory instruments.

*^  a change which i suspect will only serve to make  'strongly' the word that launched a thousand judicial reviews....

The Levelling Up and Regeneration Bill, given its first reading today (11 May 2022), will put the foundations in place for delivering this agenda and ensuring all parts of the country share equally in our nation’s success. As well as delivering against some of the ambitions set out in the Levelling Up White Paper, it also incorporates some of the proposals for planning reform outlined in the earlier Planning for the Future White Paper (August 2020), where they support our approach to Levelling Up. Beyond the Bill, we are taking a number of other steps to help local leaders and communities make better places, which are summarised in this paper. The approach that we are taking has been informed by the responses to the Planning for the Future White Paper. 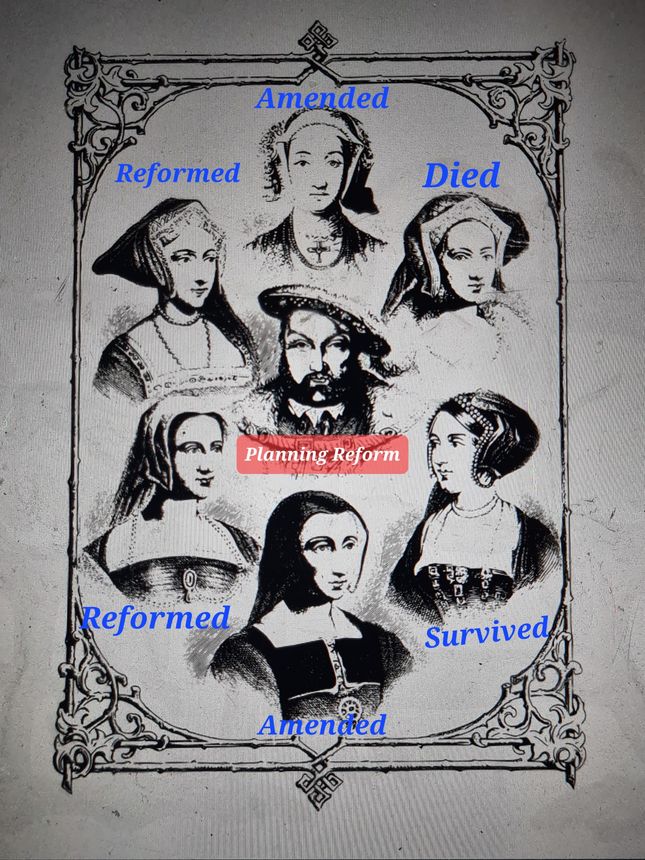