Dealing with an employee who repeatedly raises grievances must be up there as one of the most frustrating jobs HR advisers (and the managers who have to do the investigations) have to deal with. Resolving grievances is time consuming and, when you add in the emotional intensity that often accompanies the complaint, you can see why the energy levels of the people having to deal with it can quickly become depleted.

We're often asked if there is a stage where an employer can safely decide that 'enough is enough' and ignore the latest in a long line of unsuccessful grievances and/or dismiss the employee. The case of Hope v British Medical Association provides some helpful guidance.

Mr Hope was a senior policy advisor with particular responsibility for professional regulation. His work performance was good and he got on well with others. That is until a dispute arose about a report he had written, which had to be signed off by a more senior manager, and included some comments which that manager considered to be unprofessional and dismissive of the views of a colleague. Mr Hope took umbrage and he said that he wanted to raise a formal concern. Before that was resolved, he raised a further issue - this time about his line manager, who (he said) had excluded him from "regular catch-ups" on a matter he was assisting with.

The employer rejected his first grievance but his appeal was partially upheld. The appeal manager also made suggestions to improve Mr Hope's relationship with his managers.

Over the next few months, Mr Hope raised other "concerns" about being excluded from meetings which he thought he should be attending. He did not accept that it was up to his managers to decide who should attend and, when the informal discussions stalled, he was invited to escalate his complaints via the formal process. He refused but made it clear that he wanted to be able to raise these at a future date. This didn't go down well and he was given a deadline to decide whether to invoke the formal grievance procedure. That resulted in another grievance.

Whilst that issue was ongoing, Mr Hope raised a further informal grievance about another meeting he said he should have attended and insisted that his grievances should be resolved by a particular manager. Eventually, he was told that if he persisted in raising grievances about his attendance at meetings, he may be disciplined. In response, he raised another informal grievance alleging that he had been bullied and victimised.

By this stage, Mr Hope had raised seven grievances over a period of 13 months, and only one of these had been formally resolved. He was invited to a formal grievance meeting to move these forward which he refused to attend. The grievance procedure went ahead in his absence. Mr Hope's behaviour was considered to be  "frivolous and vexatious" because of the manner in which he'd approached his grievances and his failure to turn up to the meeting. Disciplinary action followed and Mr Hope was dismissed for gross misconduct on the basis that his actions had fundamentally damaged his relationship with his employer. His appeal failed.

Mr Hope argued that he had been unfairly dismissed. The tribunal said that the dismissal was fair and Mr Hope appealed, his principal argument being that the tribunal had not considered whether his conduct amounted to gross misconduct in the contractual sense.

The EAT rejected the appeal.

Under section 98 of the Employment Rights Act 1996 an employer must act reasonably before dismissing an employee for misconduct. There are four hurdles to clear:

The EAT said that the question of whether misconduct amounts to gross misconduct is a separate issue. It may be one factor to be taken into account, but is not the only one. Here, Mr Hope hadn't brought a wrongful dismissal claim and his employers didn't rely on any contractual breach to justify his dismissal. It, therefore, didn't have to demonstrate that he had deliberately committed a breach of contract, or had been grossly negligent.

He also argued that tribunal's conclusions were perverse. The EAT disagreed. It made it clear that an employer can't be expected to leave concerns unresolved for an unlimited period of time because this would 'destroy its ability to address legitimate concerns promptly and to ensure the well-being both of the employee raising the grievance and of those who may be the subject of the grievance'. Applying that principle to these facts, the tribunal was entitled to conclude that the employer had acted reasonably in the face of Mr Hope's determination to subvert its grievance procedures.

This decision doesn't necessarily give other employers the green light to discipline or dismiss serial complainers with impunity. You can't reject a grievance simply on the basis that you found the last five or so to be without foundation, or you don't like the way it's been phrased. It's entirely possible that your employee has a legitimate grievance this time and you won't know unless you investigate. And you must put the same amount of effort into investigating the serial complainer's position as others you need to interview.

That's not to say that have to ignore previous grievances altogether. For example, if the employee has raised similar sorts of issues in the past and you've made changes that haven't worked, there's little point in making the same suggestions again. If you've not already tried it, mediation can sometimes work where's there's conflict between colleagues but all sides usually have to be willing to compromise.

It is possible that, over time, an employee who makes a number of petty or repetitious complaints will destroy the implied duty of trust and confidence between you which will, potentially, give you a fair reason to dismiss them. But, you must warn the employee before you get to this stage and, given the risk that if you get this wrong, you could make it easier for the employee to succeed with an unfair dismissal claim, a whistleblowing detriment or dismissal claim, or a discrimination victimisation claim, we recommend that you take advice first.

One last thing to bear in mind. Even if you've upheld a grievance, the person who raised it isn't usually entitled to have a say about the disciplinary action you decide to impose on the person or people they've complained about. They may take the view that the sanctions you've imposed are unduly lenient and fall far short of what they had in mind. But, provided you've taken measures which you believe will resolve the issue and those measures are within the range of reasonable responses open to you, the employee will not be able to challenge these. And, you will usually be able to reject any grievances they raise about the sanction you've imposed unless they are so pitiful that it undermines the employee's faith in the process and your ability to properly deal with workplace problems.

We have a suite of 'back to basics' training for line managers which are designed to give managers the tools they need to proactively manage the key employment law issues they encounter in their day to day lives, identify key risks and know when to raise these with HR at an early stage. This includes a module on handling grievances

The online format means that modules can be accessed at any time and completed at each manager’s own pace – perfect for busy schedules. Most modules come with an accompanying workbook allowing managers to put their knowledge into practice.

As there’s no limit on the number of managers that can access the modules once purchased, this is a cost-effective option for you to upskill line managers. The training would also be suitable for junior HR professionals.

You can find more about the training here and our lovely partner Jenny Arrowsmith can answer any other questions you have.

We also offer a fixed-price employment law service. If you are interested in finding out about how we can support you with our fixed-fee annual retainer, or flexible discounted bank of hours service, please contact Glenn Hayes. 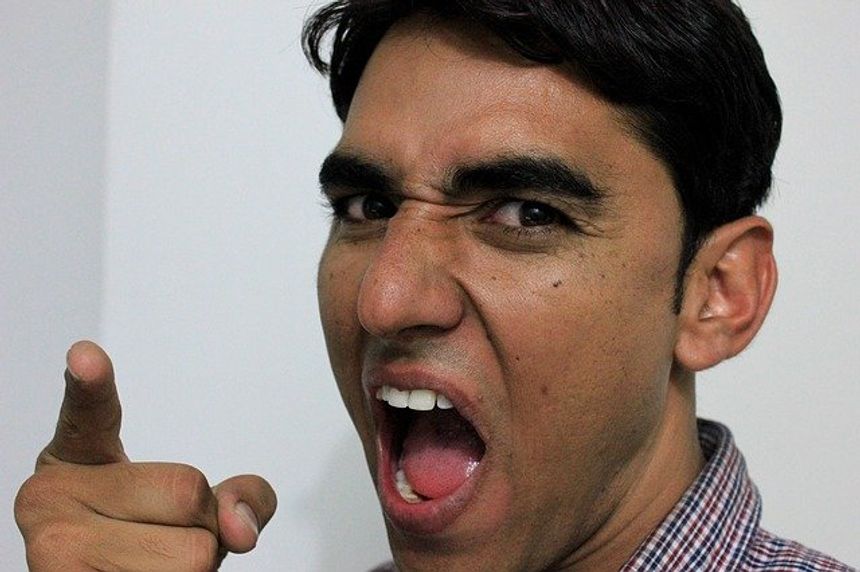