That was the issue an employment tribunal had to determine in the case of Allette v Scarsdale Grange Nursing Home Limited and is the first 'no jab, no job' decision.

Ms Allette was worked as a care assistant at a nursing home providing care to people with dementia. In December 2020, the UK Government started to roll out vaccines to care homes staff and residents. The Home arranged for its staff to receive their first dose on 22nd December 2020, but this didn't take place because of a COVID-19 outbreak at the care home. Ms Allette became infected alongside half of the other staff and 22 residents. Some of the residents sadly died as a result of the outbreak.

The Home’s insurer said it would withdraw cover for COVID-19 related risks from March 2021 onwards if unvaccinated staff infected residents. The home therefore rescheduled vaccinations to take place on 13 January 2021. On 12 January, one of the directors spoke to Ms Allette about her reluctance to be vaccinated. She informed the director that she didn't think that the vaccine was safe and had been "rushed through" without being properly tested. She believed that the government were lying about its safety and referred to research she'd undertaken on the internet which supported her views. She said that she'd preferred to wait until the vaccine programme had been "properly rolled out" before deciding whether to have it. She also said that she was "immune" from contracting COVID-19 again because of her recent infection. The director informed Ms Allette that if she refused to have the vaccine the following day he would suspend her pending disciplinary action.

Ms Allette continued to refuse to be vaccinated and was suspended on full pay. She was invited to a disciplinary meeting to explain why she had failed to follow a reasonable management instruction. During that meeting, she said that she did not want to take the vaccine because of her religious beliefs (Rastafarianism) rather than for the reasons she'd given during her conversation with the director. She claimed that she had mentioned this during the call, but eventually conceded that she hadn't. That didn't go down well and the disciplinary manager concluded that she'd invented a new reason to justify her decision not to be vaccinated because she accepted that her original excuse was not good enough and was cynically accusing the home of discrimination.

The disciplinary manager didn't accept that Ms Allette was "immune" from the virus based on evidence available at the time from Public Health England which said it was possible to contract and transmit the virus more than once. The disciplinary manager explained that the home couldn't make an exception for one member of staff and that remaining unvaccinated posed a health and safety risk to the health and lives of the residents. He explained that the vaccines were safe and offered her a further opportunity to have the vaccine the following day. She refused and was then dismissed for gross misconduct because she had failed to follow a reasonable management instruction to get vaccinated.

Ms Allette appealed on a number of grounds which were rejected following a full re-hearing of the facts.

She alleged that her dismissal was unfair and in breach of contract.

The tribunal concluded that requiring staff to be vaccinated was a reasonable management instruction at this time. The government had reintroduced lockdown measures on 6 January because of soaring infection rates, some residents had already died because they'd become infected and medical advice urged people to get vaccinated as soon as they were eligible.

It accepted that Ms Allette was sceptical about having the vaccine and that was the reason she had refused to have it, rather than because of her religious beliefs. It found that she knew that her decision to remain unvaccinated would potentially put others at risk and that her actions amounted to gross insubordination/refusal to carry out legitimate instructions which were included in the list of behaviours in the home's disciplinary policy which could amount to gross misconduct.

It accepted that her fears about the vaccination were genuine but concluded that they were unreasonable and she had no medical or clinical basis for refusing the vaccine.

The tribunal accepted that requiring an employee to be vaccinated interfered with their right to a 'private life' under Article 8(1) of the European Convention on Human Rights. But it found that asking staff to be vaccinated was justified and necessary, principally because the home had a pressing social need to reduce the risk to the residents who were among those most vulnerable to severe illness and death through catching COVID-19. It therefore had to balance her rights against those of other staff and vulnerable residents. It also accepted that the withdrawal of insurance cover may also increase the risk of claims for the home and that was a legitimate aim. It concluded that the home couldn't have achieved its aims of keeping its staff and residents safe in a less intrusive way.

The home has acted within the range of reasonable responses and, taking into account, Ms Allette's right to a private life, dismissal was proportionate. It accepted that the home could have given her more opportunities to change her mind, put her on unpaid or paid leave and obtained scientific information to persuade her that the vaccines were safe and necessary. But they were only required to act reasonably and the tribunal couldn't say that no reasonable employer would have acted in the same way they did.

Her breach of contract claim also failed. The home was entitled to dismiss her for gross misconduct and she wasn't entitled to notice pay.

Tribunal decisions are not binding on any other tribunal or higher court. The tribunal made it clear that this decision doesn't mean that an employee who refuses to be vaccinated will be guilty of gross misconduct, or even misconduct at all, in another case on different facts.

The government introduced mandatory vaccinations for care home staff in November 2021 and many workers have been dismissed or have left because they aren't vaccinated. The government also introduced new laws requiring vaccination as a condition of deployment in health and all social care settings which is due to come into force in April. However, the health secretary, Sajid Javid announced on Monday that this requirement has been put on hold and is now subject to a two-week consultation period, after which it's expected that the law will be repealed. If that happens, the laws requiring care home staff to be vaccinated are likely to be repealed at the same time.

Our view is that it's now very difficult for employers to justify imposing a rule that all staff should be fully vaccinated. If the government doesn't think vaccination is an essential precondition for someone to work in the most vulnerable settings, such as care homes and hospitals, it's difficult to see what arguments other employers can rely on. Particularly, as the government has signalled that it intends to treat COVID-19 as an endemic disease and is likely to remove all remaining restrictions (including the need to self-isolate in all cases) on or before 24 March 2022.

Plus, we now know that people can become infected with COVID-19, and infect others, even if they have been vaccinated. They can also become infected more than once. Vaccination reduces the likelihood that someone will become severely ill, or die, but it doesn't remove the risk altogether.

Rather than focusing on your employee's vaccination, your time would be better spent making sure that your workplace is as COVID secure as possible by following government guidance and taking any other steps to protect staff, customers and clients. These might include asking staff to wear PPE, face coverings, to take regular lateral flow tests and not to come into work if they feel ill without taking a test first. 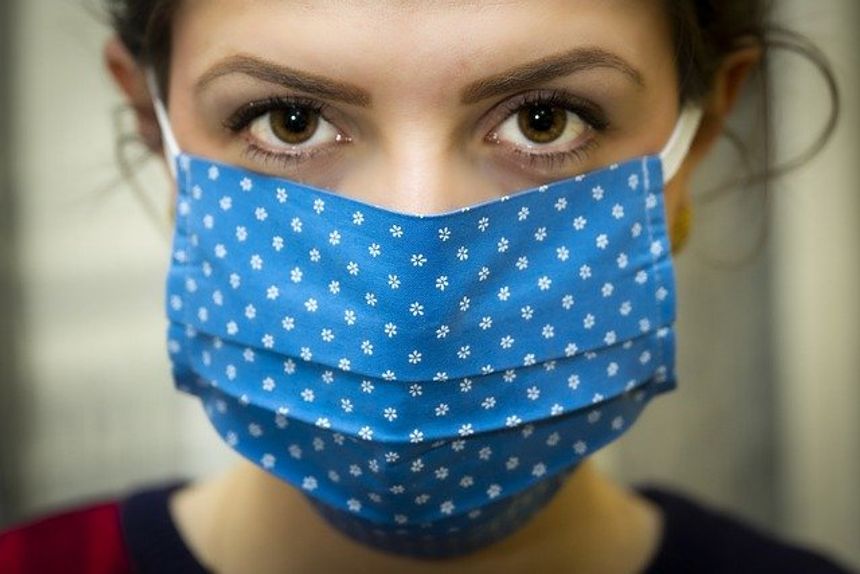