The last seven days have been pretty momentous for the world of planning. We have seen the release of the latest Housing Delivery Test figures, the government's response to Glover review, and, of course, the opening of the Biodiversity Net Gain consultation.

This post, however, is not about any of that. Instead, we are going to discuss the failure of a well-known Top Gear presenter, turned hobby-farmer, to obtain planning permission for a café in West Oxfordshire.

For those of you who are behind on your binge watching, Jeremy Clarkson purchased a farm in 2008, which was farmed on a contract basis by a local villager until 2019, when the farm manager retired. At that point, presumably because he wanted a new project, Clarkson decided to try to run the farm himself. His early attempts were caught on film and formed the basis of a truly excellent tv series*. The fact that he named the farm "Diddly Squat" because of the amount of money it generated, might give you a clue as to how those early efforts went....

The farm has been back in the news this last week because, on 10 January, the West Oxfordshire Uplands Area Planning Committee refused permission for Clarkson to turn a redundant lambing shed on his property into a café/restaurant. A decision which, judging from his piece in the Times on Saturday, Clarkson took with his usual grace and aplomb.

For those who are interested, the planning application reference is 21/03159/FUL and the committee report can be found here**. It is worth reading. Whilst the application has drawn attention because of Clarkson's new status as a 'Celebrity Farmer',*! it is a prime (in fact almost textbook) example of both the need for farming businesses to diversify and the problems that they face when attempting to do so.

By way of background for my more 'urban' readers - the way that farming is subsidised is going through a major shift at the moment, as a result of leaving the EU. This is handily summarised in the comments of West Oxfordshire District Council's (WODC) Business Development Officer in the committee report - who states:

" The current Basic Payment Scheme (BPS) of farm subsidies is being phased out to be replaced by a new Environmental Land Management Scheme (ELMS). There is a delay between the phasing out of BPS and the start of ELMS which is a cause for concern for all farmers and it is extremely unlikely that subsidy payments from ELMS, when it does start, will match those of the BPS. All farm businesses should be looking at how they can maximise their income, both from their own produce and any other available assets, to mitigate this subsidy reduction."

In short, the nation's farmers are about to face significant financial difficulties and all farm and agri-businesses are currently being encouraged to diversify. The café/restaurant being proposed at Diddly Squat farm was part of that diversification process.

Whilst the Council's local plan is generally supportive of farm diversification projects, there were a number of stumbling blocks in Clarkson's way:

All three of these issues come through very strongly in the report, which recommended the application for refusal on the basis that:

The report confirms that the lambing shed was being used as a café/bar area without planning permission before the application was made. It also confirms that Clarkson has already had a number of run ins with the Council's enforcement team. The farm shop is currently under investigation for a number of alleged breaches of planning control*^ - in particular:

It also makes it clear that the application was extremely controversial locally - dividing opinion so evenly that the Parish Council could not decide whether to support or oppose it. Those supporting the application tended to focus on the local economic benefits of the scheme, those objecting to it, on traffic, parking and concerns about the visual impacts of the scheme on the AONB.

These types of planning issues are fairly common when dealing with farm diversification projects; which tend to highlight a fundamental conflict in our rural communities. On the one hand, you have the interests of the farms and businesses upon which our rural communities depend; and on the other the desire for peace and tranquillity amongst many who live within them.

Balancing these issues is not easy, but it is crucial for the future of our farm and agri-businesses that we get that balance right. Jeremy Clarkson is not dependent on the Diddly Squat Farm, its shop or its restaurant, for his survival. If his adventures in farming do not work out, he has a career in television to fall back on. The same cannot be said for the vast majority of our farm or agri-businesses. For many, the changes to farm subsidies is an existential threat, and the need to replace or diversify those income streams, a matter of survival. Given the uncertainties facing our future trading relationships, and the rapidly increasing cost of living in the UK, this is something that should concern us all.

In the immortal words of Clarkson himself:

"It’s nearly impossible to make money from farming these days and in recent years farmers have relied on government grants to keep going. But those grants are being phased out and we have been told by the government that to survive we must diversify. And now local government is saying we can’t."

If we are to maintain a thriving rural economy in England, perhaps we need to look a little more closely at what we actually mean by sustainable development - particularly in the context of farm diversification.

* Clarkson's Farm on Amazon Prime. It is genuinely worth watching - particularly as a planner - trust me.

*! a genre of celebrity previously dominated by Paul McCartney and  Zayn Malik... so perhaps Clarkson's presence is diversifying farming in more ways than one....

Clarkson criticised the decision especially as locals had previously called for him to build a car park to cater to his wildly popular farm shop. He also pointed out that it’s ‘nearly impossible to make money from farming these days’ and in recent years farmers have ‘relied on government grants to keep going’. Clarkson described the council meeting as ‘horrific’ (Picture: Amazon) With grants slowly being phased out, diversifying is crucial. ‘And now local government is saying we can’t,’ he added. ‘That has to be addressed, and soon, so that councils are encouraged or even ordered to cut farmers some slack.’ 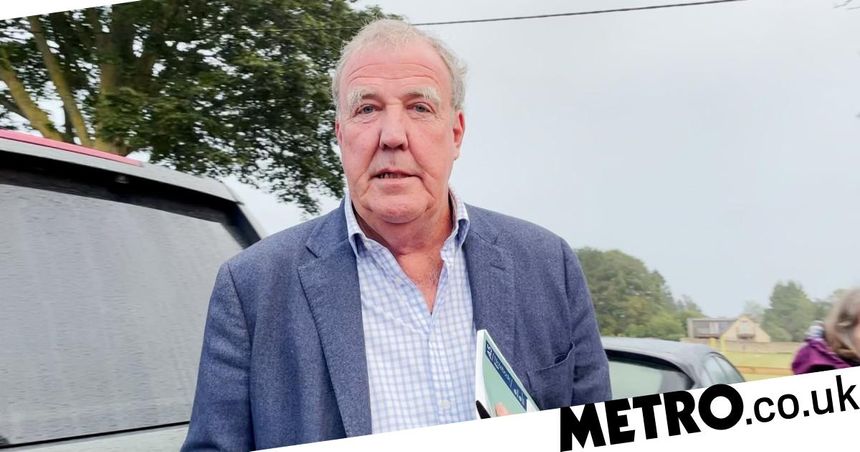