The government has today (Monday 17 January 2022) changed the self-isolation rules for people who test positive for COVID-19 in England to enable them to return to work earlier than before.

The rules haven't changed in Wales and people can only return to work early if they test negative on days six and seven.

What are the new rules?

Anyone who tests positive for COVID-19 can return to work after day five if they test negative on days five and six. Previously they were allowed to come out of self-isolation after testing negative on days six and seven.

These rules apply to both vaccinated and unvaccinated people.

When does the first day of self-isolation start?

Anyone with symptoms must start to self-isolate as soon as they feel ill (and take a PCR test). The date they develop symptoms is classed as 'day zero' - not the date they receive their results.

For anyone without symptoms, who tests positive, day zero is the date they take the test. If they've taken a LFT, they don't need a confirmatory PCR test under current rules.

The first day of self-isolation begins at 12.01am after day zero.

What happens if the employee tests positive on days five or six?

Anyone who tests positive during the 10 day self-isolation period has to remain self-isolating for the full 10 days. They can only come out of self-isolation early if they test negative two days running and the earliest they can self test is day five. So they can test on day six and day seven, day seven and eight or even day eight and nine. The only requirement is that the employee must allow 24 hours between tests.

This is best illustrated in this diagram taken from the BBC guide: 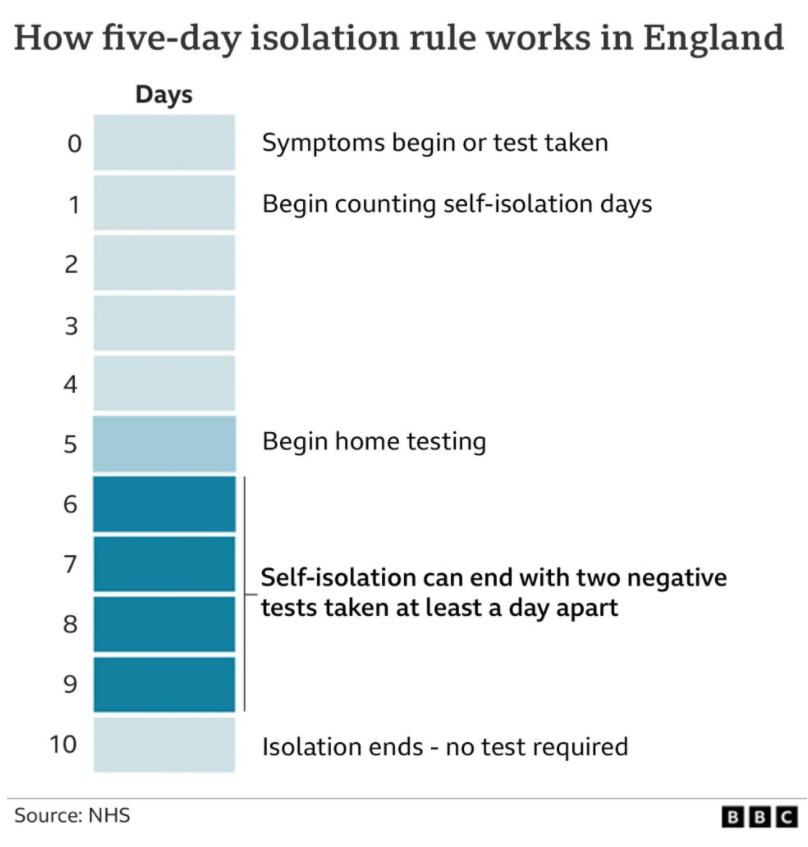 The government also have a helpful guide.

If the employee tests negative on days five and six, when can they return to work?

Anyone who has two negative LFTs, 24 hours apart, can return to normal life (and work) immediately after they receive their second test results. They don't have to wait until the following day.

However, they should remain self-isolating even with two negative LFT if they have a temperature or feel unwell.

Are employees likely to still be infectious if they return to work before the end of their 10 day isolation period?

They might be. A recent study has found that one in three people will still be infectious (and capable of spreading the virus) after five days self-isolation although it's not clear whether these people are likely to test negative via LFT even if they remain infectious.

PCR tests are more accurate, but they're not available to people who are already self-isolating because they have tested positive.

Do we need to take additional steps to protect our staff and customers from the risk that someone returning from self-isolation early is, potentially, still infectious?

You should already be taking proper measures to make your work environment as safe as possible. However, you may need to revisit your risk assessments to make sure that you are doing everything you reasonably can to reduce the risk that your staff could pass the virus onto others. You may be able to temporarily move them (with their agreement) to a position where they don't come into contact with others, allow them to work from home, or require them to wear a N95 face mask* (which is considered to give the greatest protection against spreading the disease).

The study referred to above also showed that around one in 10 people are still infectious after 10 days and you may (depending on the nature of your business and workplace) need to ask your staff to test for the active virus before returning to work.

*Note: currently, individuals are legally required to wear face coverings in most public spaces, unless they are exempt. That rule is going to reviewed on Wednesday 26 January.

Can we insist that people return to work earlier than the 10 day self-isolation period if they test negative two days running?

We think you can, provided the employee is fit and well. However, employees can self-certify illness for 28 days until Wednesday 26 January 2022 which means, in most cases, you will have to take their word for it if they say they are ill.

Also, any employee who doesn't want to return to work before the end of the 10 day self-isolation period could pretend that they're still testing positive. Even if you ask to see a copy of the result, it's possible to obtain fake positive tests via the internet. Similarly, people could retain an earlier positive test and rely on that. All LFT's have a unique QR code and the government has asked everyone taking one to report their results. However, there's no legal requirement to do so and many people don't bother.

You could ask staff to confirm that they have recorded their results on the official site, but you have no way of knowing if they've done so. That said if you make it clear that you expect staff to record their results, anyone who is thinking of lying about their test status, may think twice.

“But we were surprised, and a little worried, by how many people still had high levels of potentially infectious virus after 10 days,” she admitted. “At 7 days, it is about 1 in 5, and at 5 days 1 in 3 according to our data.” Jennifer Harries, Chief Executive of the UK Health Security Agency 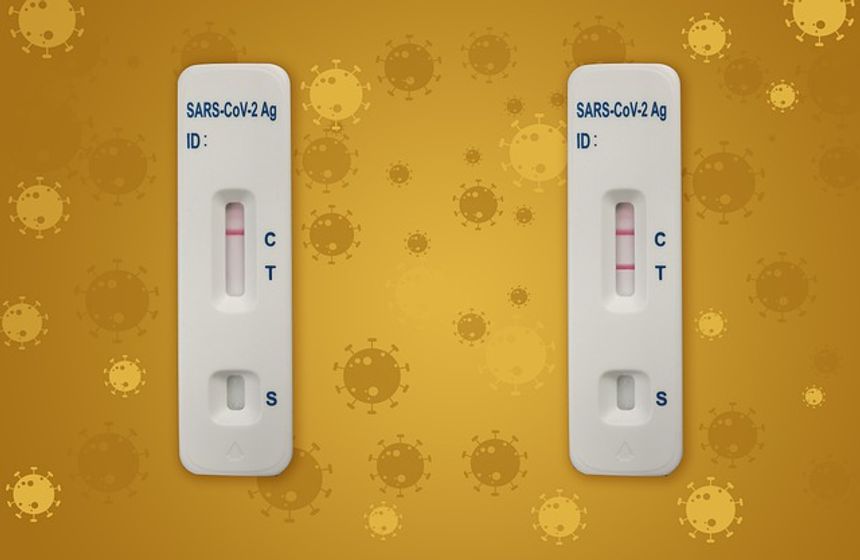