In Preen v Coolink v Mullins, the tribunal had to decide if an employee had been automatically unfairly dismissed for raising safety concerns during a WhatsApp exchange with his manager shortly after Boris Johnson announced the first national lockdown on 23 March 2020.

Mr Preen was an air conditioning and refridgeration engineer and was employed by a small company who provided emergency cover and routine servicing to domestic and corporate customers (including hospitals and the food industry).

On 11 March 2020 the World Health Organisation declared COVID-19 to be a pandemic. On 16 March 2020, the Prime Minister delivered the first televised COVID-19 briefing and a few days later told people to only travel if it was absolutely necessary. Then on Monday 23 March the PM imposed a national lockdown, restricting movement and telling people to stay at home. People could travel to and from work only if it was 'absolutely necessary' and they couldn't work from home.

That evening, Mr Preen contacted his manager (Mr Mullins) to find out how the lockdown impacted on his work. Mr Mullins said that they could continue to go to work but couldn't gather socially. Mr Preen was unhappy about this and told Mr Mullins that although he didn't want to stop working, "we all have a responsibility to do what’s being asked. Therefore I am going to stay at home and would urge you to do the same. I understand that if any call out is urgent and/or essential I will come in to help out of course but unless this is the case I think it best we all do what’s being asked.” A few minutes later, Mr Mullins texted back "no issues'" and said that he would call around the next day to collect the van.

A couple of days later Mr Mullins wrote to Mr Preen to confirm that he had been dismissed for 'redundancy' because he had refused to come to work.

Mr Preen argued that he had been unfairly dismissed for raising health and safety issues and/or because he had made a public interest disclosure (whistleblowing).

Section 100 Employment Rights Act 1996 makes automatically unfair the dismissal of an employee whose employment is terminated because:

'where there [is] no representative or safety committee, he brought to his employer’s attention by reasonable means circumstances connected with his work which he reasonably believed were harmful or potentially harmful to health and safety' (section 100(1)(c));  or

'in circumstances of danger which he reasonably believed to be serious and imminent and which he could not reasonably be expected to avert, he left or proposed to leave or refused to return to his workplace' (section 100(1)(d).

The attraction of this provision for claimants is that it doesn’t require the usual two years’ service for an unfair dismissal claim which Mr Preen didn't have.

The tribunal held that Mr Preen's WhatsApp message (quoted above) said enough to alert his employer to his concerns about continuing to work during the lockdown. The tribunal found that Mr Preen's attitude about the seriousness of COVID-19 changed significantly after the PM told the country to lockdown and that he reasonably believed that continuing to do non-essential work would put himself and others at risk. The tribunal said that this is 'exactly what section 100(1)(c) is designed to prevent' and that 'employees must be able to raise genuine and reasonably held concerns about health and safety with their employer without the fear of being dismissed as a result'.

The tribunal then considered whether his dismissal was also unfair under section 100(1)(d). To succeed, Mr Preen had to demonstrate that that he had refused to come into work because there were circumstances of danger which he reasonably believed to be serious and imminent rather than simply potential harmful to health and safety. This imposed a higher threshold and he failed.

The tribunal acknowledged that COVID-19 is dangerous to many people, but it did not find that Mr Preen reasonably believed that either he or others were in serious and imminent circumstances of danger if he went to work. It said that COVID-19 doesn't automatically create circumstances of serious and imminent danger and 'something more' is required such as unsafe working practices or medical vulnerability. Here, the business had put in place sensible precautions, including providing masks and hand sanitiser and had a COVID health and safety procedure. Plus, Mr Preen was willing to do emergency work which undermined his assertion that his workplace was so dangerous that he shouldn't be working at all.

His whistleblowing claim also failed because the WhatsApp message on the 23 March did not disclose information.

This case demonstrates that it's much easier for employees to rely on section 100(1)(c) than to prove that their workplace poses a 'serious and imminent danger'. However, employees will only be able to rely on this section if their workplaces don't have a health and safety representative or safety committee. If they do, the employee should raise their concerns with them.

However, even if your workplace doesn't have a health and safety rep, you should consult your workforce about health and safety issues and explain what steps you are taking to protect them against COVID-19. In this case, the employer did have some discussions with the claimant before the first lockdown was imposed and had put in place procedures to protect its staff and the people they came into contact with.

But, it didn't make any attempt to talk through Mr Preen's concerns following his WhatsApp message and, almost immediately, decided to dismiss him. If the employer had explained that it only wanted Mr Preen to complete urgent or essential work, it's likely that he would have been satisfied with this and would have continued to work. And, if he'd then refused to complete urgent work, his employer would probably have been able to have fairly dismissed him.

Reading between the lines, it appears that Mr Preen's manager was irritated by conversations they'd had about COVID pre-lockdown and interpreted his message as a refusal to work. That's likely to be an expensive mistake. 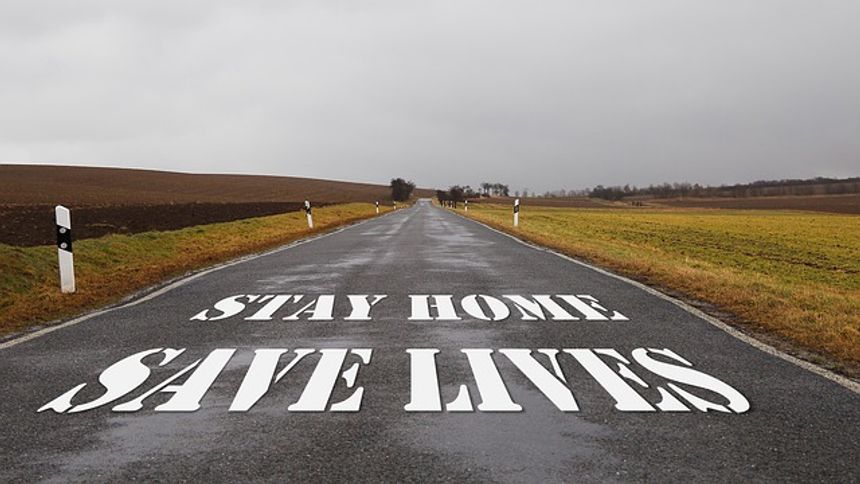