DLUHC sure did a lot,

The Secretary of State to Street Votes did take,

But to the Marina and the Tulip did not*

I am writing this on November 15th, exactly one month after Michael Gove was appointed as our new Secretary of State**, and it has certainly been an eventful few weeks.

In the last fortnight, the Secretary of State has given evidence to the HCLG Select Committee and released no less than nine called-in or recovered appeal decisions. So what, if anything, does this period of frenetic activity tell us about our new Secretary of State? What kind of Minister is Mr Gove shaping up to be?

There have already been several excellent summaries of the Secretary of State's evidence to the Select Committee. This article by Planning Resource is perhaps the most comprehensive, although I must admit that my personal favourite is this piece by Andrew Black.*!

Overall, I was left with the impression that the Secretary of State intends to thread the proverbial needle of planning reform extremely carefully. He clearly knows that steps need to be taken to increase housing numbers, but also that very careful political management will be needed to get the proposed reforms through.  As such, it looks as if the less contentious elements of the planning white paper - such as digitisation of the planning system and some elements of simplification for local plans - are likely to be here to stay. Others, however, such as the method for calculating housing need or changes to how planning applications are consulted upon, may be in for significant further refinement.

Perhaps unsurprisingly, given that Gove was in Cabinet when the Localism Act was born, the Secretary of State also appears to be committed to the principles of localism. During his appearance before the Select Committee, he declared his love for the idea of "Street Votes", which appear to be a form of extremely fine grain neighbourhood planning, as well as expressing strong support for community involvement in the planning system. Equally unsurprisingly, the former Environment Minister, also agreed that Net Zero should be at the heart of the planning system.

Perhaps a little more unusual, was the note of caution that the Secretary of State sounded over the role of permitted development rights in the planning system. When questioned on how PD rights fit with the rest of the planning system, Mr Gove confirmed that this was under review and that they were thinking about the problems caused by PD schemes "not having to contribute to section 106 and the infrastructure levy".

Whilst pulling themes out of appeal decisions is never an exact science, I am going to attempt it nonetheless:

So what has Gove's first month in office taught us? Well, that rather depends on how you look at it. On the one hand, the Secretary of State seems to be playing things very close to his chest, with few firm indications as to their exact policy priorities. On the other, the information that we do have so far, it looks as if DLUHC is shaping up to be a bit of a "Ronseal" department - the intention seems to be to do exactly what it says on the tin.

*Yes, I am aware that the Housing Minister made these decisions on his behalf, but that simply did not scan.

**I very nearly called this post 'Gove Tuesday'... and I am still not convinced that I made the right decision on this one

*! a fact which probably reveals my age.... as the pop culture reference really speaks to me

6. The impact of permitted development (PD), including potential planning gain contributions, will be considered as part of the planning system review. Asked whether PD and "how it fits in" is going to be part of a "rounder look at the planning system", Gove said: "Yes." He also confirmed he would look at PD "not having to contribute to section 106 and the infrastructure levy". 7. The minister conceded that meeting the government’s 300,000 homes-a-year target will be “stretching”. Gove confirmed that the government’s annual target of 300,000 homes by the mid-2020s still stands, but said it will be a “stretching” target because of the “rise of the cost of materials and pressure on the labour market as a result of Covid”. More 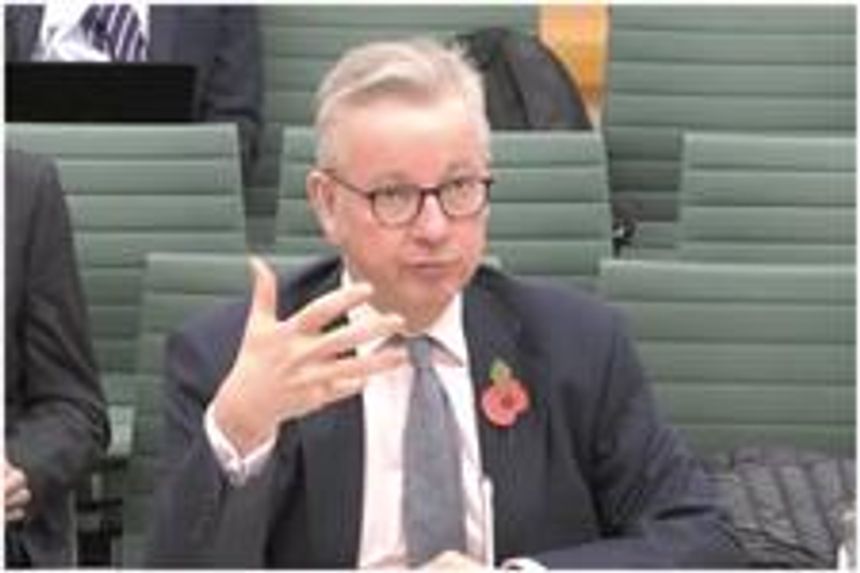