The Chancellor has just delivered his Autumn Budget and announced the results of the spending review. Whilst we may be set for a difficult winter, it is clear that this is a budget focused on investment and optimism.

Many of the announcements relating to the planning sector have been widely trailed over the last few days. Perhaps the most significant ‘new’ announcement, however,  was the £4.8bn uplift in general local authority funding over the next three years – described “the largest increase in core funding for over a decade”.

Paragraph 2.31 of the Budget states that: "2.31 SR21 provides English councils with £1.6 billion of new grant funding in each of the next three years, on top of the funding to implement social care reform. This funding ensures the government can reform social care, increase investment in supporting vulnerable children and enable local authorities to continue to provide the other local services that people rely on."

So whether any of this additional money makes its way into the budgets of local authority planning departments will have to be seen.

As to the funds already announced. The Budget confirmed pledges of:

Regenerating brownfield land can be notoriously expensive, so the additional funds to support Councils’ remediation efforts is to be welcomed. This latest tranche of funding for brownfield land, which is in addition to the £400 million Brownfield Housing Fund and the £75 million Brownfield Land Release Fund, indicates that the Government may be serious about the ‘brownfield first’ pledges that Johnson made in his conference speech earlier this month.

The £65 million investment into the digital transformation of the planning system is also  welcome. This follows hot on the heels of DLUHC's announcement that 13 Councils have been awarded funding to pilot ‘innovative’ new digital consultation tools. Taken in aggregate, it seems clear that the pledge to digitise and modernise the planning system is one of the few proposals from last year’s Planning White Paper that is still left standing.

The Government has also confirmed the rate of the Residential Property Developer Tax, which was consulted on in September (more on that here). The tax will be charged at 4% on profits exceeding an annual allowance of £25 million - with the revenue generated being put towards the cost of removing unsafe cladding from residential developments.

We have had promises of major infrastructure investment and tax reliefs for pubs, shops, restaurants and museums, which together may provide some much needed assistance to local businesses and high streets.

Additional funds have also been promised for increasing the number of charging points for electric vehicles and investment in heat pumps and district heating networks. This may eventually filter through into greater demand for the incorporation of such measures into new developments, by Councils. Perhaps it is time to dust off the district heating network  and charging point provisions in my s.106 agreements....

In short, there are very few major surprises in today's budget, and remarkably few hints about the future of this government's planning reform agenda. Brownfield first remains and more money has been found for digitisation and local government funding more generally. Other than that, the budget contained remarkably little for the planning sector to write home about.

• announces an additional £1.8 billion for housing supply, to deliver £10 billion investment since the start of this Parliament and unlock over 1 million new homes over the SR21 period and beyond. This includes £300 million locally-led grant funding that will be distributed to Mayoral Combined Authorities and Local Authorities to unlock smaller brownfield sites for housing and improve communities..., and £1.5 billion to regenerate underused land and deliver transport links and community facilities, unlocking 160,000 homes in total • .... • provides an additional £65 million investment to improve the planning regime, through a new digital system which will ensure more certainty and better outcomes for the environment, growth and quality of design • confirms over £5 billion to remove unsafe cladding from the highest-risk buildings, of which £3 billion is over the SR21 period. 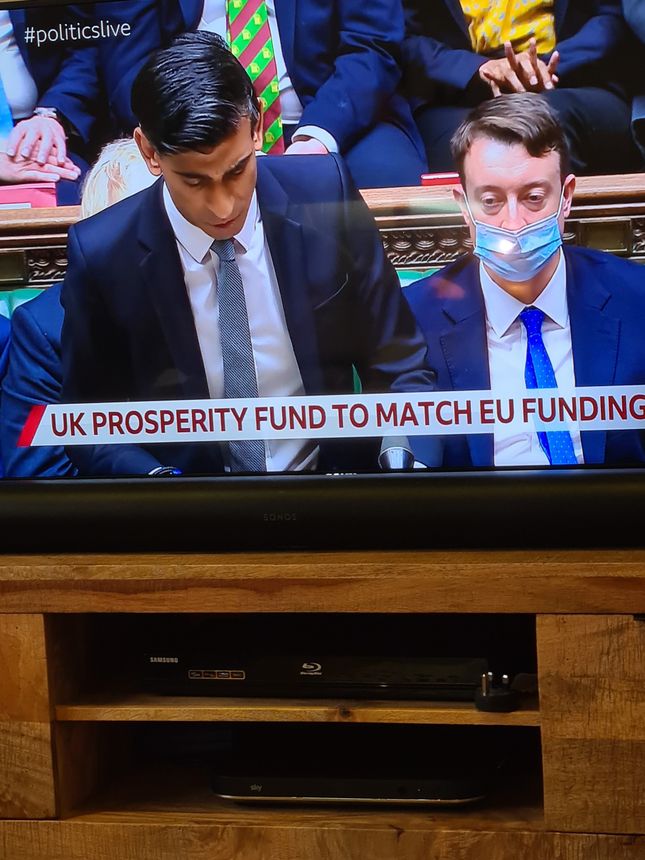