Yesterday, whilst Twitter and LinkedIn were abuzz with news from the Conservative party conference, I went to the zoo*.

An unexpected advantage of spending the day dodging low flying lorikeets, and introducing a toddler to her first fennec fox, is the thinking time it gives you. Once I had stopped pondering the wisdom of attempting to befriend the sloths,** my mind turned to the matter of the Government's planning reform agenda. In particular, whether any of it still remained intact.

In August 2020, the Government published Planning for the Future. In the foreward to that White Paper, the Prime Minister promised:

"Radical reform unlike anything we have seen since the Second World War.

Not more fiddling around the edges, not simply painting over the damp patches, but levelling the foundations and building, from the ground up, a whole new planning system for England."

If you believe the report in yesterday's Telegraph,  a mere fifteen months, and numerous consultations later, the entire planning reform agenda has now been scrapped.

Given our Prime Minister's fondness for rhetoric, I am reluctant to read too much into his speech - which a cynic could describe as strategically ambiguous. It does, however, hint at a move away from radical reform and a return to the status quo.

Other speakers at the conference, however, were much more candid. The Conservative chair of the All Party Parliamentary Group on Housing, David Simmonds, called for the abolition of the Planning Inspectorate at one conference fringe event.

Perhaps more intriguing, however, were the comments of our new Secretary of State, Michael Gove. Whilst Gove failed to mention planning at all during his headline speech to conference, his appearance at a fringe event, hosted by Policy Exchange, proved more enlightening.

During the discussion, he is reported to have said:

"The root to having more good homes, more affordable homes, is not simply through planning reform to increase supply”

"we shouldn’t think of improving our planning system and improving the provision of housing simply through a single big bang approach."

So what are we to make of all of the noise? What does the Tory party conference tell us about the future of planning?

Well, for a start, I strongly suspect that the Planning Inspectorate is safe for the time being. Beyond that, the indications are that we have spent much of the last 18 months on a planning policy carousel*#.

We seem to be returning to the status quo. Talk of 'brownfield first' and a need for urban regeneration is not new. It has, in fact, been integral to English planning policy for some time.

More encouraging, however, is the Secretary of State's recognition that planning reform is not a panacea for our housing crisis. On this point, I agree with him. The housing crisis is a complex, multi faceted, problem for which there is likely no single solution. A range of interrelated measures will be needed to tackle it.

Unfortunately for the Prime Minister's speech, some of those measures are likely to require building on one or two green fields in the south east of England.

* Drusilla's Park. It is a fantastic day out if you have young children, albeit not a cheap one.

** more specifically, the sloth in the picture, who seemed almost as fascinated by us, as we were with him*'

*' yes, it is entirely possible that I have misgendered the sloth. I am hoping he/she will forgive me.

*! As an aside, there were also beavers at the zoo. They are much larger than I had imagined, but show impressive levels of commitment to sustainable development.

*# which is a lot less fun than the actual carousel we rode at the zoo. It had a rainforest theme and my daughter chose to ride a carousel sloth, which may have made my day.

Build back beaver. And though the beavers may sometimes build without local authority permission, you can also see how much room there is to build the homes that young families need in this country. Not on green fields, not just jammed in the south east, but beautiful homes on brownfield sites in places where homes make sense. And this government is helping young people to afford a home. It has been a scandal – a rebuke to all we stand for that over the last 20 years the dream of home ownership has receded and yet under this government we are turning the tide. We have not only built more homes than at any time in the last 30 years, we are helping young people on to the property ladder with our 95 per cent mortgages 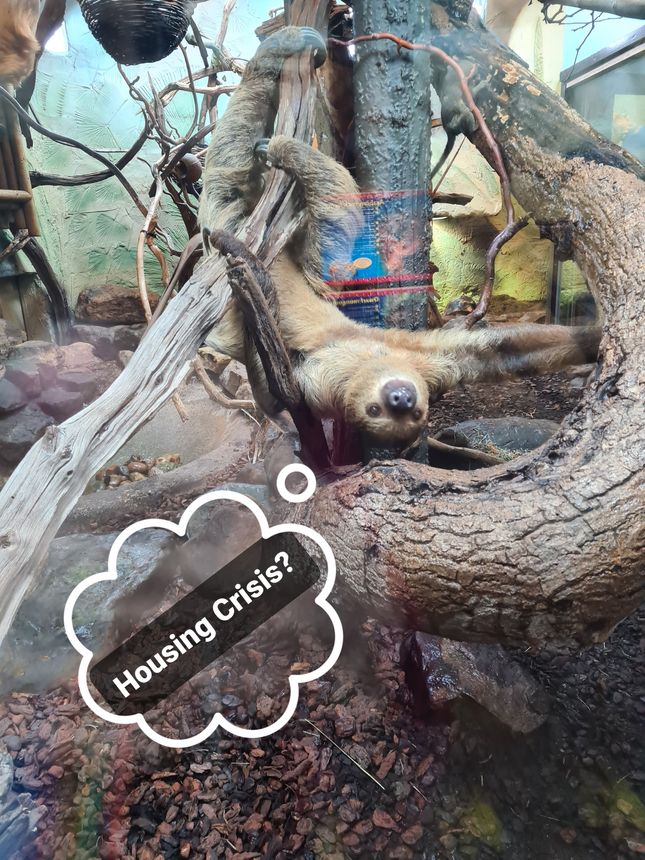