Whilst the bill appears to be rooted in some understandable frustration - Mr Bacon has an unlawful encampment on the outskirts of his constituency - if it actually became law, the changes would likely do more harm than good.

The vast majority of unauthorised or unlawful developments are not large-scale housing schemes, flat conversions or unauthorised caravan parks, as described by Mr Bacon.  Although there are people out there who deliberately 'game the system'; in my experience, the vast majority of enforcement cases involve people who have either misunderstood the planning system or have made a simple mistake.

What kind of mistakes, you ask? Well, how about the following*:

I suspect that this is not the type of behaviour that Mr Bacon was seeking to criminalise, but the impact of his private members bill, if it became law, would be to do precisely that. Everyone who puts an extra dormer window into their extension, fails to fully understand the extent of their residential curtilage, or takes too long to run the London Marathon whilst dressed as a house*", could suddenly be swept into the criminal justice system. Given the stresses on the Criminal Courts at the moment, I doubt the Justice Secretary would be grateful for this sudden influx of new defendants...

Our planning system is not straightforward. Its increasing complexity makes these types of mistake more likely. The fact that mistakes happen is precisely why planning enforcement powers are structured in the way that they are. The system is designed to promote regularisation and compliance i.e. the focus is on putting things right.   In many cases, retrospective consent is a pragmatic (if occasionally costly *cough* CIL *cough*) solution. Particularly in cases where the breach is unlikely to cause a problem, but simply needs consent; such as the slightly too tall fence, or the new stables located at a former small-holding.

Not only that, but the tools are already there to deal with the hard cases. Just yesterday, Planning Resource published an article reporting that a developer had been fined £144,000 under the Proceeds of Crime Act, following successful enforcement action, for unlawfully converting a property into flats.  Hackney Council won its battle against the singing sharks, and Mr Fidler did eventually have to demolish the castle that he had hidden behind the hay bales. Yes, the cases moved slowly, but criminal prosecutions tend not to be the speediest of beasts in any event - particularly at the moment.

Mr Bacon does raise a number of genuine issues in his speech. He draws attention to:

However these are not symptoms of a system that is broken, but rather one that is under-resourced and struggling to recover from the effects of a global pandemic.

Council enforcement officers did not conduct site visits during lock down, which has had an impact on levels on enforcement activity. The impact of staff shortages and the pandemic backlog on the timescales for enforcement appeals at the Planning Inspectorate are well documented, and the Magistrates' Court is not faring any better at the moment.

It might be a radical thought, but perhaps  the key to resolving these issues would be better resourcing the bodies that currently enforce our planning system - rather than criminalising vast swathes of the population.

Better resourced planning authorities, a properly funded Planning Inspectorate and a functioning court system are likely to be far more motivated to tackle the issues at hand than the police would be....

Whilst I understand the frustrations behind the bill, it is time to ask the question: Do we really want to live in a world without the Headington Shark*! or the Striped House? For me, at least, the answer is no.

*All genuine examples from various points in my career

** Which is easily done - it is a complicated piece of legislation -  particularly if you don't have access to a consolidated version!

*" Yes, Christopher Young QC is doing this next week. He is THAT committed to drawing attention to the housing crisis. You should sponsor him. The link is here.

*! Shark House is apparently available on airbnb these days 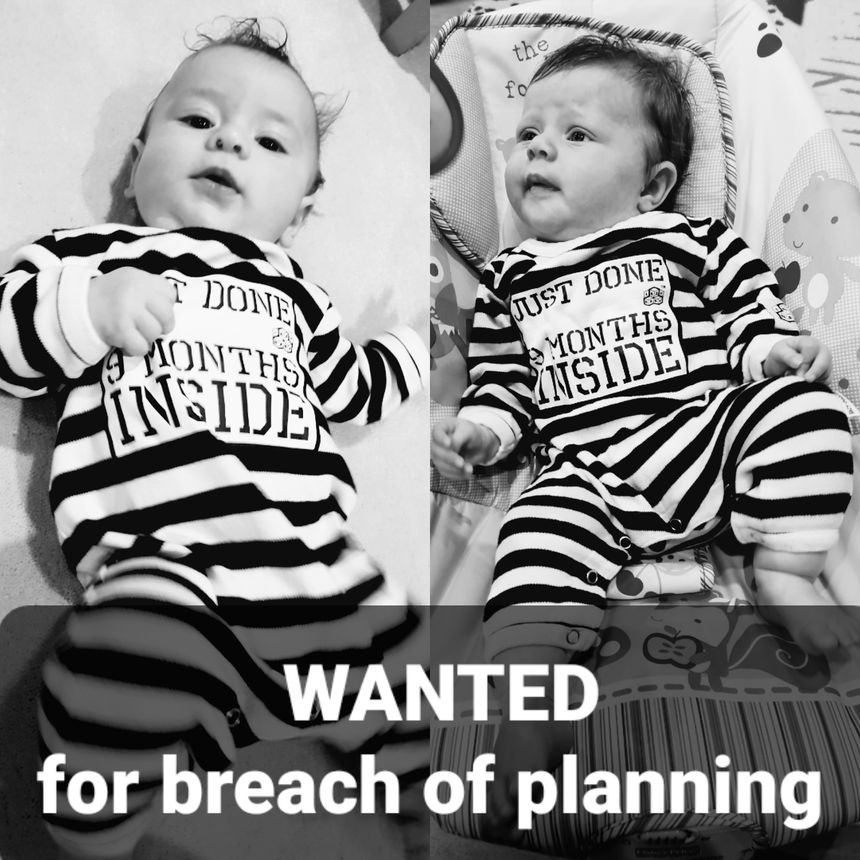