On 11 February 2021 the Pension Schemes Act 2021 (the Act) finally received Royal Asset, after a lengthy journey through the UK Parliament. The Act covers a number of areas linked to pension schemes which have been widely covered in the press and by various professional bodies. Significantly, the Act strengthens the power of The Pensions Regulator (TPR) by introducing new criminal offences and higher financial penalties that TPR can impose.

Whilst much of the Act, including the new criminal offences, is not yet in force, the widely held belief is that this will change from autumn 2021. In preparation for this TPR has published a draft policy and a consultation document on how it intends to use the enhanced powers given to it by the Act, with the first consultation having finished on 22 April 2021. With the consultation now closed, TPR is considering the findings, and a final policy on how they will wield their new powers is expected later in 2021.

On 28 June 2021 Parliament approved the Pensions Regulator (Information Gathering Powers and Modification) Regulations 2021 (SI 2021/754), following from the Act. These set out the information TPR must provide when sending out an interview notice, which will require a person to attend an interview; and also set out the amount that TPR can issue under a fixed or escalating penalty notice.

These regulations don’t come into force until 1 October 2021, and it is likely that additional regulations will be approved in the near future to bring further elements of the Act into force. Given this we’re going to specifically discuss the new criminal offences that TPR will likely have available soon as part of their enhanced powers.

As indicated above, the Act extends TPR’s powers to also now include the power to require individuals to attend interview, powers to inspect premises and the powers to impose civil penalties for non-compliance with TPR’s information gathering powers.

This new offence only applies to a party to whom the Contribution Notice was issued, and upon conviction, the penalty is an unlimited fine.

The elements of the offence are failing to pay (before the specified date), without reasonable excuse, the debt made due by the Contribution Notice.

By amending the Pensions Act 2004, the Act has also expanded the circumstances under which TPR can issue a contribution notice, which, when the Act is fully in force, will include:

This second new offence can apply to any person, and therefore can potentially catch directors, staff, professional advisors and individuals in the wider corporate group, as well as lenders and purchasers of all parts of the business.

The offence of avoidance of employer debt could include such actions as structuring a sale in order to avoid a statutory debt being triggered; however it specifically does not apply where the act in question is undertaken in accordance with a pension’s function as an insolvency practitioner in relation to another person.

It is entirely possible TPR may look to use this specific new offence in conjunction with a contribution notice, requiring the served party to pay money towards the affected pension scheme. The intent here could be using the new offence to punish the individual(s) who authorised the act that caused detriment to the scheme, whilst at the same time requiring the employer running the scheme to make good the harm.

The maximum penalty upon conviction is an unlimited fine and/or up to seven years’ imprisonment.

The third new offence also casts a wide net, similar to the avoidance of employer debt offence, as it can apply to any person.

This offence could catch seemingly normal business activities, such as borrowing to fund working capital or restructuring, which in the long run may have been beneficial if they help the holder of the pension scheme to avoid insolvency.

The elements of the offence are:

Again there is currently lack of clarity on what TPR will see as a “reasonable excuse”.

The maximum penalty upon conviction is again an unlimited fine and/or seven years’ imprisonment.

As set out above, a key factor to any potential defence to the new offences of failure to comply with a contribution notice and conduct risking accrued benefit schemes is having a “reasonable excuse” for the act which constitutes the offence.

The above is only based on draft policy from TPR, and changes could occur when the final policy is published later in 2021 after TPR have considered the feedback from the consultation that closed in April 2021.

TPR generally takes a risk based approach when deciding on whether to use their civil or criminal enforcement powers, with considerations being TPR’s statutory objectives, interests of justice and the wider public interest.

In the currently published draft policy, TPR have indicated that they will select cases for criminal prosecution where:

Again this is only draft policy from TPR, and changes could occur when the final policy is published.

Whilst the intention of the Act originally appears to have been to deter wilful or reckless behaviour in relation to pension schemes by enhancing the TPR’s information gathering abilities, without looking to make fundamental changes to commercial norms, the final outcome appears to have gone  beyond this remit.

The final policy from TPR following their consultation, which is due to be published sometime in the second half of 2021, is keenly awaited by many. The hope is that this will provide some further clarity on what is meant by “reasonable excuse”, as the threshold for the new criminal offences introduced by the Act appears to be significantly lower than that of similar criminal offences (such as fraudulent trading), which requires an individual to have acted with the requisite intent. However, the new offences available to TPR discussed in this article do not necessarily require an element of intent for an individual to be found guilty.

However, even when TPR publish their final policy, it will still only be guidance, and lawyers will be required to consider what the legislation actually states when advising their clients. It could be that TPR are hesitant to use their new powers due to the potential business impacts. Nevertheless, it will take time to see whether the Act has the potentially financially devastating consequences that many fear, and this will depend on how TPR seek to use their new powers in practice

In a blog article, published on 19 April 2021 (just prior to the closing of TPR’s consultation), David Fairs of TPR said that in fact the Act “pulls together and clarifies many pre-existing elements of policy, law and practice” and that it is “not a piece of legislation to be feared”. He goes on to say that the Act will allow TPR to “prosecute those who knowingly do harm” and it is hoped will act as a deterrent to potential wrong doers.

Whilst there has been some concern about the new criminal powers TPR gain under the Act, in fact they have already held the power to prosecute a number of criminal offences prior to the Act coming into force. These powers come from a range of existing legislation, including the Pensions Act 2004 and Pensions Act 1995.

We advise clients throughout the investigations, including attending interviews our clients may be required to have with TPR, CPS and/or the FCA (all of which can be the investigating authority). If, following the investigation a prosecution is brought, we can provide expert representation in the defence of any alleged offending through the courts.

If you require advice on TPR investigations or prosecutions please contact our specialist lawyers: Jason Newall and Craig Weston. 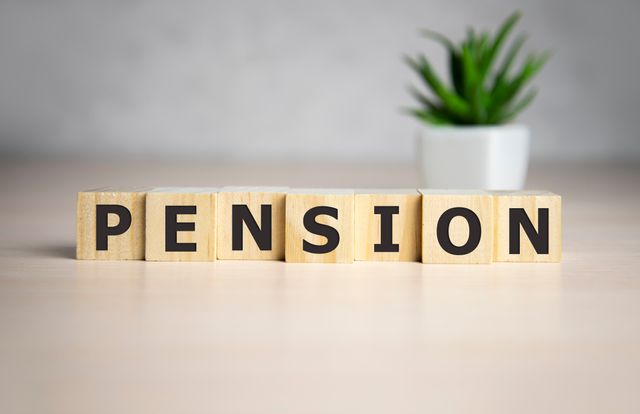 Dishonesty and findings of no impairment – when is a case truly exceptional?
David Shirt