We've been regularly reviewing the trickle of COVID-19 related employment claims which have been decided by the employment tribunals. So far, there's been a very low success rate amongst employees. The published cases indicate that tribunals are taking a fairly robust attitude towards health and safety issues in the context of coronavirus.

However, we've just spotted a new case - Gibson v Lothian Leisure - where an employee successfully persuaded a tribunal that his concerns about the safety of his workplace rendered his subsequent dismissal automatically unfair.

Mr Gibson was employed as a restaurant chef. He was good at his job and had been promoted. As was the case for many businesses, the restaurant had to shut in March 2020 because of the lockdown restrictions and Mr Gibson was furloughed.

In April 2020, the restaurant asked Mr Gibson to 'come in and help out for a bit' in the expectation that some of the lockdown restrictions would be lifted. Mr Gibson was reluctant to do so. He lived with his father who had several medical conditions including a brain tumour, Colitis and Addison’s disease and was shielding during the lockdown. He informed his employers that he was worried that the workplace was not safe and that if he caught COVID-19, he could pass it onto his clinically extremely vulnerable father. The company did not provide any PPE for staff and, according to Mr Gibson, had no intention of adopting measures to create a COVID-secure working environment.

Mr Gibson's reluctance to return to work didn't go down well. He was told to ‘shut up and get on with it’. He refused to return to work and was dismissed via text in May 2020. The company intimated that it was going to re-organise the restaurant staff and that he was, in effect, being made redundant.

Mr Gibson argued that he had been automatically unfairly dismissed because he had raised concerns about the safety of his workplace. He also argued that he was entitled to notice pay, accrued annual leave and pension contributions.

Under sections 44 and 100 of the Employment Rights Act 1996, employees are protected from being subjected to a detriment (such as being suspended or having their pay deducted) or being dismissed for exercising their right to leave their workplace. This is a day one right and, unlike 'ordinary' unfair dismissal claims, employees don't need two years' service.

To be protected, the employee must have a 'reasonable belief' that their workplace poses a serious and imminent threat to them, or to others - including members of the public and their own families. That's judged at the date the employee decided not to return to work - rather than with the benefit of hindsight.

The tribunal was satisfied there were circumstances of danger which were serious and imminent at the time Mr Gibson raised concerns. It found that Mr Gibson believed that his workplace was unsafe and posed a real danger to the health of his clinically extremely vulnerable father. It said that Mr Gibson took appropriate steps to protect his father by raising the issue of PPE with his employer.

Mr Gibson was awarded a basic award of £6,562 and £14,500 compensation reflecting the fact that he was out of work for 29 weeks. He also received one week's notice pay and £1,200 for accrued holiday. He was compensated for pension contributions his employer had deducted from his salary but had not paid into a pension scheme.

So far, it hasn’t been difficult for employees to establish a reasonable belief (both objectively and subjectively) that the COVID pandemic has created circumstances of danger which are serious and imminent. This seems to be a low hurdle for claimants at the moment.

But that is likely to change. Back in the spring of 2020 virus levels were high, there were no vaccines, there were high numbers of hospitalisations and COVID fatalities and much less was generally known about the disease.

We're now 15 months into the pandemic. Our vaccination programme has been successful and is believed to provide high levels of protection against someone who goes on to catch COVID-19 becoming seriously ill or needing to be hospitalised. But we are not out of the woods yet. Infection levels are increasing rapidly again and many people will continue to worry about catching the virus, even if they have been vaccinated. Plus, we don't yet know how long immunity lasts in vaccinated people or if some of the more vulnerable groups will need COVID-boosters before the winter.

It's therefore possible that some employees won't want to return to their workplace until infection rates are back under control or more information is known about the lasting effects of the vaccines.

The government appears to be pursuing a policy of mass vaccination, opening up again and encouraging us to learn to live with the virus. That doesn't mean that your organisation can go back to normal even if the remaining mandatory social distancing measures are removed on Monday 19 July. You have a statutory duty to identify risks to the health and safety of your staff and take steps to ameliorate these. You may therefore need to continue to enforce social distancing rules, deep cleaning your building and surfaces and put in place systems which allow clean air to circulate. If you do this, you'll be on much firmer footing if an employee claims your workplace poses a serious and imminent risk to their health. 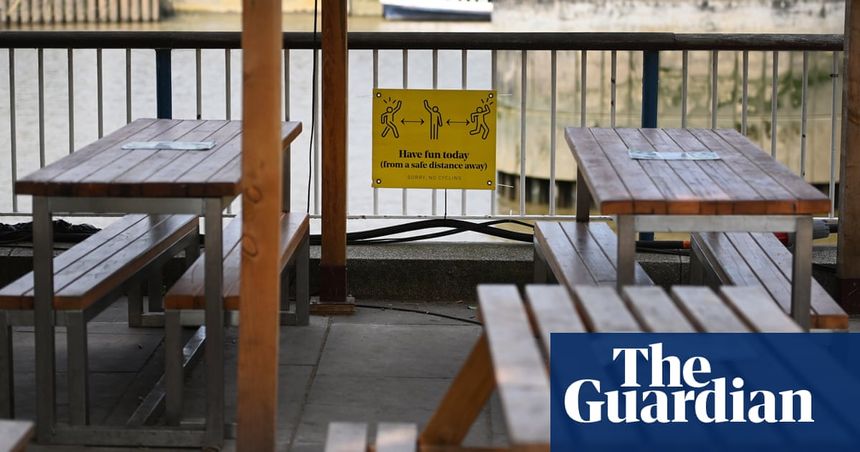