On 12 June 2021, footballer Christen Eriksen collapsed in Denmark’s opening game against Finland in the UEFA Euro 2020 tournament. CPR and defibrillation were performed before Eriksen regained consciousness and was stabilised. It was later confirmed that Eriksen had suffered a cardiac arrest.

The deeply distressing incident could have been far worse, had it not been for the lifesaving actions of the medical team and an emergency doctor, who happened to be in the stands. However, this incident is not the first of its kind and it drew comparisons to Fabrice Muamba, who also collapsed whilst competing for Bolton in 2012. Further, over the last 10 years roughly 63 association footballers have died whilst playing football and the majority of these deaths have been caused by cardiac arrests.

Cardiac arrests in professional athletes aren’t limited to football. In 2015, Welsh Rugby League player Danny Jones died after suffering a suspected cardiac arrest during a game. Across all sports, studies suggest that athletes with an underlying cardiac disease are about two-and-a-half times more prone to dying than someone who has the same disease and doesn't do sport.

In light of these recent events, we’ve considered the duties that professional sports clubs and governing bodies owe to their athletes and the steps they should be considering to identify cardiac conditions and minimise the risk of harm.

Both professional clubs and governing bodies have a duty to protect the health of their athletes. These duties arise from The Management of Health and Safety at Work Regulations 1999 (the “Regulations”) and from common law.

Who do the Regulations apply to?

What do the Regulations require?

Among other things, employers are required to:

If any employer fails to follow these regulations they may be liable as a result of breaching the Regulations. As a result, the regulations should be considered carefully.

The Eriksen incident demonstrates the very real risk of cardiac issues in high performance sport. As a result, professional clubs and governing bodies should include cardiac issues in their risk assessments and consider how to minimise this risk. Measures to reduce the risk might include, among other things, the provision of defibrillators at stadiums and training facilities, screening programs and training sessions on CPR.

Significantly, the Regulations specifically mention the provision of “health surveillance” in relation to the risks presented by the workplace. In light of this, professional clubs and governing bodies should think about ways to monitor heart issues, such as cardiac screening.

It is also important to consider how frequently athletes should be screened. It may be necessary to screen players on a regular basis, such as annually, in order to properly manage the risk of cardiac issues and provide appropriate surveillance.

In addition, the Regulations require employers to provide training on relevant risks and emergency procedures. As a result, professional clubs and governing bodies might also want to introduce a training program on cardiac issues for their athletes, which could cover information on how to identify underlying cardiac issues and deliver CPR. The Eriksen incident shows clearly that being surrounded by people with an understanding of cardiac issues, and how to respond to them, can be lifesaving.

Who does the duty apply to?

Whether or not a duty of care exists between two parties can be a complex question, and various factors need to be considered. In the sports context, a duty of care will exist between professional sports clubs and athletes that are employed by them, and between a governing body and the athletes that participate in elite or high performance sport governed by the body in question. This is due to the proximity between the parties and, if there’s an employment relationship, that too.  Whether or not a duty of care exists and, crucially, what the duty encompasses, will always be fact specific and determined by the circumstances in any particular case.

What does the duty involve?

If a duty of care does exist,  it is unlikely to be limited to the specific health and safety requirements discussed above (although the scope of the duty could be informed by the Regulations). More generally, a duty of care is likely to require professional clubs and governing bodies to exercise all care that is objectively reasonable in the circumstances. When considering what is reasonable, the following factors are relevant:

The cost and effectiveness of a measure, along with how commonly it is being used, should be looked at carefully. These factors are relevant to whether or not clubs and bodies should implement a certain measure in order to discharge any duty of care that exists. If a measure is affordable, effective and commonly used, it is more likely that clubs and bodies will be required to implement it in order to safeguard the position of the club / governing body.

In order for a professional clubs or governing body to be liable, it must be shown that the breach of duty caused the harm that has been suffered by the athlete. This is a complex question and involves factual and legal tests. For example, athletes need to prove that they would have been unlikely to suffer harm “but for” their club and/or governing body’s breach of duty.

Causation may be difficult to establish in the context of cardiac issues. For example, in relation to screening, the athlete would need to show that it’s unlikely that they would have suffered the cardiac problem had a reasonable screening process been implemented by their club and/or governing body.  This could present difficulties.

Focusing on screening, ECG’s do not identify all conditions that cause sudden cardiac arrests. To demonstrate this, it’s likely that Eriksen would have had annual ECG examinations under UEFA regulations. Notwithstanding this, he suffered a cardiac arrest, which highlights the difficulty in showing that “but for” precautionary screening, a cardiac arrest would not have occurred.

What steps are currently being taken?

Focusing on just football, there is a significant variation in the preventative measures being taken at different levels of the professional game.

Some of the most substantial measures are seen in football at a European level. The requirements for UEFA’s pre-competition medical examination were revised in 2017, and make it mandatory that all players participating in any UEFA competition have an annual 12 lead ECG. Additionally, those players participating in the UEFA Champions League, Europa League and Super League, Youth League and European Championship, as well as the final rounds of all other national competitions, will have to undergo an echocardiography scan every two years.

This means that players regularly competing for their national teams and for their clubs in Europe are likely to have been screened numerous times over the past few years, regardless of their age.

The requirements are somewhat less stringent in domestic football. Before signing their first professional contract, the Premier League requires all players to undergo a 12-lead ECG and echocardiography, and complete a questionnaire on their cardiac history. These should then be repeated aged 18 & 20, and then as recommended by medical professionals. The Football League requires a cardiac history questionnaire to be completed, as well as a 12 lead ECG for those playing at under 15 level, which will then be repeated at under 19 and under 21 level.

With regards to the Womens’ Super League the requirements are less clear. In order to be registered, players must receive cardiac screening, and have received clearance as per the FA’s guideline, which is sent to clubs on a periodic basis.

In addition, defibrillators are mandatory at all home matches down to step four of the National League system. However, there does not appear to be any requirement to have one at the clubs’ training facilities.

As discussed above, professional clubs and governing bodies have a duty to exercise reasonable care in relation to their athletes. In addition, the Regulations specifically require risks to be assessed and minimised, and appropriate surveillance and training offered to employees. As a result, professional sports clubs and governing bodies should consider whether they have sufficient measures in place to respond to cardiac issues in their athletes.

There are varying levels of protection offered across sports, and even at different levels of the same sport. Professional clubs and governing bodies should monitor different cardiac screening measures being implemented and ask themselves whether they themselves can do more. In order to minimise the risk of liability, clubs and bodies should screen their athletes as much as possible in light of the resources available to them. When screening athletes, using both ECGs and echocardiography scans can minimise the risk of cardiac issues as much as possible. By providing as much screening as possible, clubs and bodies can better demonstrate that they are complying with their duty of care and offering the highest level of protection possible.

Professional sports clubs and governing bodies should consider whether they have sufficient measures in place to respond to cardiac issues in their athletes. 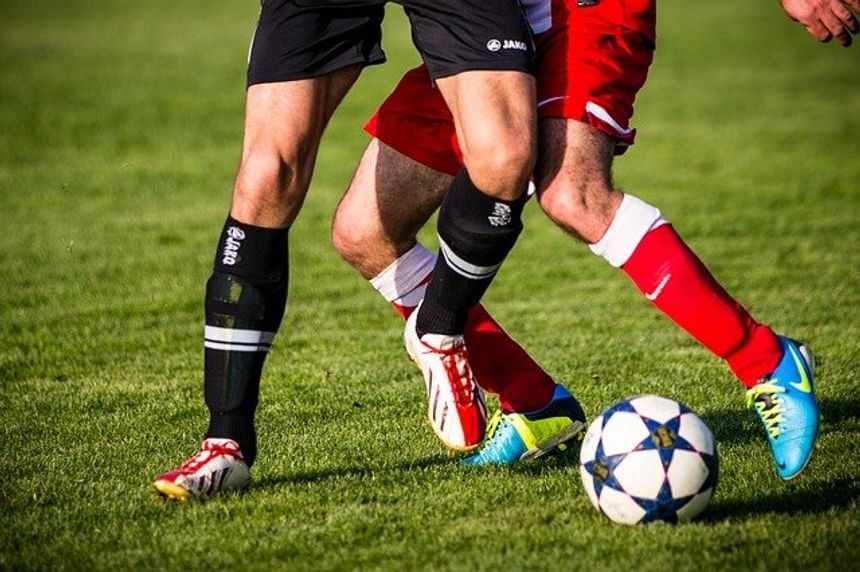