In Prosser v Community Gateway Association Ltd, the Employment Tribunal had to decide if a pregnant women, engaged under a zero hours contract, was discriminated against after she was sent home for health and safety reasons and wasn't allowed to return for several months.

Ms Prosser worked for the Association on a zero hours contract. Prior to the COVID-19 pandemic she worked, on average, four shifts a month. She informed her line manager that she was pregnant on 13 March 2020 who sent her a link to the government's advice which classified pregnant workers as clinically vulnerable.

Ms Prosser arrived for a shift on 17 March but was sent home again to protect her from contracting the virus at work. At that point, her employers don't appear to have properly explained to her the reasons why she had, effectively, been suspended from work, how long that would last and whether she would be paid for those shifts she had been scheduled to work in April.

In early May she asked to return to work and the Association conducted a specific risk assessment to ascertain whether it was safe for her to do so. It concluded that Ms Prosser could work during the day once perspex screens had been fitted between the desks (which were 1.8 metres apart, rather than the recommended two metres). The Association concluded that it wasn't safe for Ms Prosser to work nights shifts or to go out to tenants' homes as these both involved lone working.

Ms Prosser was originally offered shifts towards the end of May but she wasn't allowed to work these because it took longer than the Association had anticipated to put in place the changes it had identified as being necessary to protect her. She raised a grievance, claiming that she had suffered pregnancy discrimination because a) she had not been paid for the shifts she had been scheduled to work in April and b) she had not been allowed to return to work.

The Association responded by inviting her to return to work and asking for her availability. It also conducted a second individual risk assessment because it was still waiting for the perspex screens to be installed. However, by that time, the desks had been moved further apart (three metres) and it was considered safe for her to return to work even without the screens.

The Association acknowledged that it had made a mistake in not paying Ms Prosser and subsequently paid her for the shifts she would have worked in April, May, June and July and for the training days she would have attended. She returned to work in August and her grievance was dismissed.

She brought a claim against her employers arguing, amongst other things, that sending her home in March, not allowing her to return to work until August, and delaying paying her amounted to direct pregnancy/maternity discrimination.

The tribunal rejected her complaints.

1. It found that the Association had sent Ms Prosser home because she was classed as vulnerable. This was not unfavourable treatment and was 'appropriately informed through the requirements placed upon the respondent as a result of the Government’s public health advice and regulations leading from the onset of the first COVID-19 lockdown'.

2. And delaying her return until appropriate covid-secure measures had been put in place, wasn't unfavourable treatment either. 'We do not find that this was an act of unfavourable treatment because of the claimant's pregnancy but a positive step being taken to protect her in complying with legislation designed to provide her with protection.'

3. The delay in paying Ms Prosser for shifts she would otherwise have worked was, on the face of it was unfavourable treatment, but this was unrelated to her pregnancy. It was a simple mistake which the Association rectified.

This is the first published judgment (that we're aware of) that addresses the issue of pregnancy discrimination in the context of the pandemic. It should go some way to reassure employers who decided to send pregnant staff home to protect them, that their actions are likely to be justified.

However, there are a few things to bear in mind:

Risk assessments: you have a duty to assess the specific risks to pregnant employees, and, where these are identified, you must do all that you can to prevent or remove them. Current guidance advises that pregnant women should continue to work if its safe for them to do so. But, your risk assessments must recognise the fact that the risks are greater for those over 28 weeks pregnant.

Casual staff/zero hours workers: these protections apply equally to casual staff as they do to employees. 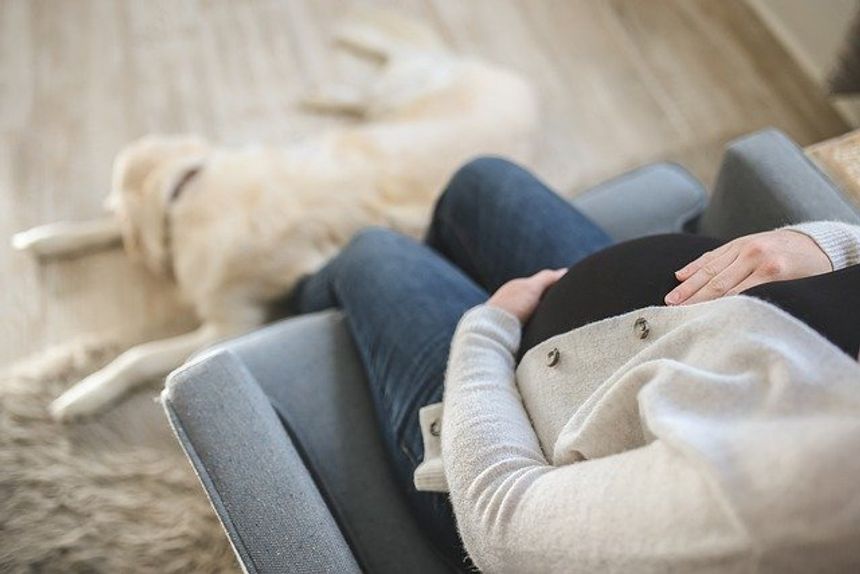