At the moment, any UK employer who engages someone from the EU only has to undertake a basic right to work check, such as looking at their passport or national identity card. You don't have to ask when they first entered the UK and, until 1 July, you can't ask them if they have applied for settled or pre-settled status (or are eligible to apply).

New immigration rules came into force on 1 January 2021 which apply to anyone, other than British, Irish and Commonwealth citizens with a 'right of abode', who want to live or work in the UK. Anyone who enters the country from that date must have the correct immigration approval and, in most cases, they will need to comply with the points based system and will need a visa.

The UK agreed that EU citizens could remain here provided they apply for settled or pre-settled status before 30 June 2021. There are some exceptions to this which we explore here.

But, additional checks weren't immediately imposed on the borders and many EU citizens entered the UK from 1 January without difficulty or being questioned by border staff about their reason for visiting the UK. Many don't appear to have been aware of the new rules and came here either to look for a job or to take up a job offer*.

It's therefore possible that anyone you engaged from 1 January isn't entitled to work here.  And, you may not find out you've employed an illegal worker until many months' further down the line. That's because the Home Office has said that employers don't have to undertake retrospective right to work checks on any new members of staff starting work between 1 January and 30 June 2021.

Any organisation who employs someone who isn't entitled to work here can be fined up to £20,000 per illegal worker. However, provided you have undertaken a proper right to work check, you can usually rely on the 'statutory excuse' to avoid being fined.

For EU, EEA and Swiss citizens, this means:

So, provided you've undertaken proper checks (and can prove this), you're unlikely to be fined. Click here for the statutory excuse checklist.

You can be sent to jail for five years and pay an unlimited fine if you’re found guilty of employing someone who you knew or had ‘reasonable cause to believe’ did not have the right to work in the UK.

This includes, for example, if you had any reason to know or believe that:

This is, potentially, much more problematic. You can't rely on the statutory excuse or avoid criminal sanctions, even if you properly copied a worker's passport or national ID card in line with Home Office guidance, if you know or have reason to believe they don't have the right to work here. We've seen some cases where employers have recruited EU staff from their home countries  after 31 December 2021 in the mistaken belief they were allowed to do so provided they conducted existing right to work checks.

But, even if you have engaged someone in good faith after 1 January and properly copied their passport or national ID card, what happens if you later find out, or suspect, that they entered the UK after 30 December without a visa?

It's difficult to provide generic advice on immigration issues. How you react will depend on a number of factors - including your own culpability. In some cases you will need to immediately dismiss the worker even if this potentially exposes you to employment claims. In others, you may want to suspend them for a short period whilst you conduct a short investigation to find out when they entered the UK. From 1 July, you can ask EU citizens to give you proof that they have applied for or have obtained settled or pre-settled status.

Employees will need two years' service before they can bring an unfair dismissal claim. However, they may be able to bring a discrimination claim (which doesn't require a minimum period of service) if your policy treats non UK citizens (such as EU workers) less favourably than others. So you'll need to apply a consistent approach and mustn't single out staff based on their name or your assumptions about their immigration status if you decide to question them about their right to work here.

If you have a sponsorship licence (or are thinking of applying for one) you must make sure that you are particularly conscientious when undertaking the correct right to work checks. If you find yourself in a position where you have illegally employed workers, you will have to declare this to the Home Office and your licence could be downgraded or removed.

* Standard visitors to the UK can do all permitted activities set out in the Appendix Visitor. In the context of work, they can do some permitted business activities including attending meetings, conferences, seminars and interviews but they can't start a new job without the proper permissions in place. Immigration rules allow discretion at the frontier, but the burden of proof lies with the visitor to satisfy the decision maker that they will leave the UK at the end of their visit, will not live in the UK for extended periods and will not undertake any prohibited activities.

Our specialist employment and immigration lawyers Sybille Steiner and Padma Tadi can help you determine whether your staff have a valid right to work in the UK and help you to exit them quickly if they don't.

After a parliamentary question by Labour MP Hilary Benn, the immigration minister Kevin Foster said that such a reason for a visa-free visit to the UK was within the law. “A person may come to the UK under the visitor route for a job interview.” He added that “if successful they must leave the UK and obtain an entry clearance under a route which grants the right to work in the UK before starting the role”. 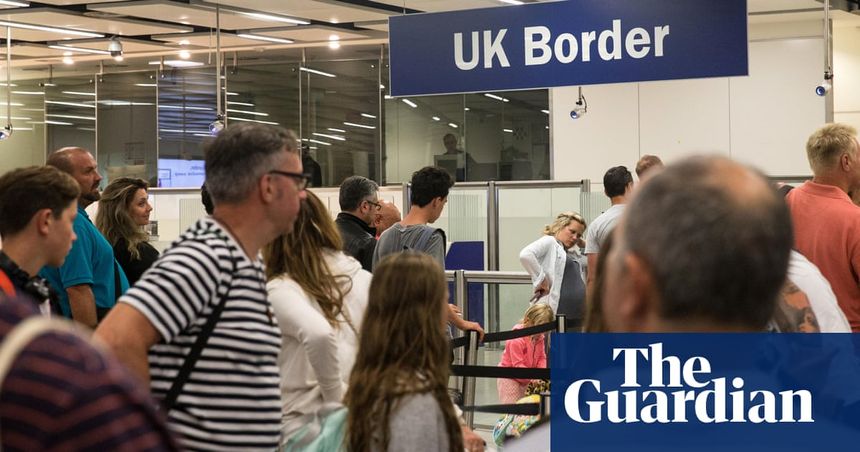