Last week was certainly eventful. The Supreme Court handed down it's decision in Fylde Coast Farms; MHCLG announced which local authorities would be the first to pilot local design codes, and the Department for Transport launched a plan, which, at first glance, looks suspiciously like a framework for the re-nationalisation of the railways*...

Whilst it may seem like something of a tangent for a planning solicitor, the 'Williams-Shapps Plan for Rail' is definitely worth reading - not least as it drops some very strong hints about:

Taking the second of these points first, page 42 promises:

"In London and the South East, a new strategic partnership will be established to support housing, economic growth and the environment across the highly interconnected transport network in that part of the country. This will bring together Great British Railways, TfL and local authorities and businesses to coordinate timetabling and investments and to provide a consistent passenger experience in areas such as accessibility, ticketing and communications"

If the creation of a regional body specifically to tackle cross-border strategic issues, such as transport, housing, economic growth and the environment sounds familiar that's because it might be...*"

With the Government proposing to abolish the duty to co-operate, we can but hope that these regional strategic partnerships  will mean the return of a much needed layer of cross boundary strategic planning.

The Government's regeneration plans are set out in some detail on page 44, which states:

" There are real opportunities for the railways to do more to support local economic growth, such as encouraging and supporting small independent retailers on the rail estate. This could extend more widely, with greater emphasis on place and social value. Priorities will differ across the network: in rural areas, community rail partnerships can provide social connections to tackle loneliness, whilst easy connections to our national landscapes can improve health and wellbeing. Reusing existing rail buildings for services such as training, community hubs and education, as Network Rail has already done in Bolton, could reduce costs for the voluntary sector and improve services for local residents.

Our railways also provide connections that are fundamental to good placemaking and rail links can be a catalyst for regeneration and development. Great British Railways will work with partners to support better development near stations and share best practice, using the essential understanding of how to develop sites alongside operational railways that it will take on from Network Rail.

LCR Property is the government’s experienced transport property body, having been instrumental in the regeneration of London King’s Cross and Stratford. It is well positioned to bring its skills to help unlock complex sites and integrate station developments in towns and cities in the future. LCR will continue to support developments at and around stations and has already begun expanding in the North West of England.

Homes England also has a track record of working in partnership with a range of public and private sector partners to deliver new housing supply across England. Where appropriate, it will work with LCR and Great British Railways to explore and develop suitable housing schemes near the railways."

These plans map very neatly onto the Government's wider political priorities - increasing housing numbers, tackling regional inequalities and promoting the economic recovery. As such, I would not be surprised to see the expansion of the rail network and the regeneration opportunities it presents feature in the Government's response to the Planning for the Future White Paper.

Finally, I promised you something on the AONB**. On 21 May, the High Court gave judgment in Cross, R (On the Application Of) v Cornwall Council. The case centres on Cornwall Council's decision to grant permission for an agricultural worker's dwelling in the AONB, against the advice of officers. Unfortunately for the applicant, because of the sensitive location of the site and the clarity of officers' advice, the decision engaged the common law duty to give reasons. Perhaps even more unfortunately, Members failed to give any, with the Court finding:

The case is a useful reminder that planning decisions still need to be adequately explained and comprehensible, even in the absence of a statutory duty to give reasons. Particularly when dealing with sensitive or protected areas, such as the AONB.

*oh, and my daughter decided to show up very early on the Sunday morning - hence the short hiatus. I would love to say that her first week on the planet was completely planning free, but we watched Have We Got Planning News For You on Thursday.... well, I did. Lily slept through it.

** Primarily to make the title work, but it is an interesting case nonetheless.

In London and the South East, a new strategic partnership will be established to support housing, economic growth and the environment across the highly interconnected transport network in that part of the country. This will bring together Great British Railways, TfL and local authorities and businesses to coordinate timetabling and investments and to provide a consistent passenger experience in areas such as accessibility, ticketing and communications. 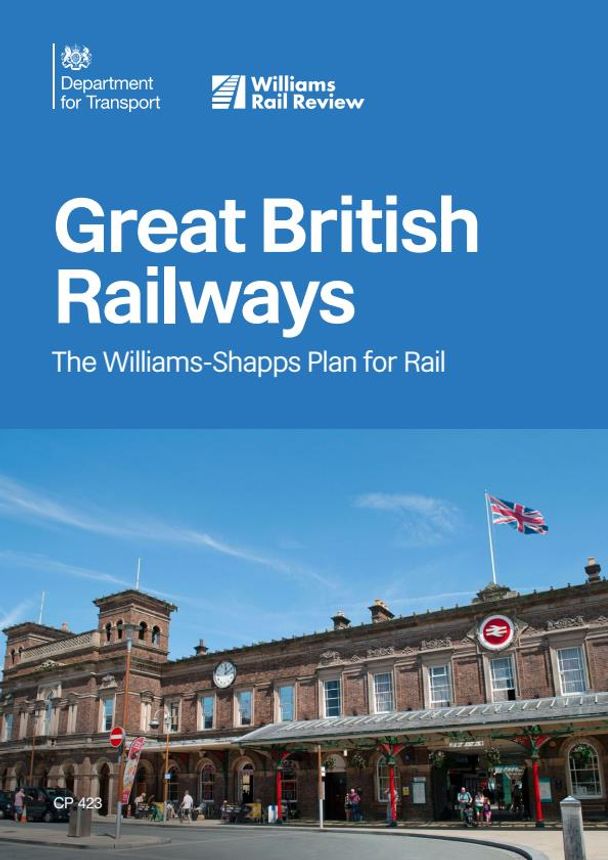