The Leasehold Reform (Ground Rent) Bill (“Bill”) represents the first stage of the Government’s stated aim to “make leasehold ownership fairer and more affordable for leaseholders”. It effectively replaces ground rents (or administration charges for collecting ground rents) in new leases of flats or houses with a ‘peppercorn’ rent. It also sets out mechanisms for enforcement and penalties for breaches. It does not affect the 4.5 million or so existing leases, except in certain circumstances relating to extensions or other changes. Neither will it affect properties where contracts have been exchanged prior to the commencement date. While that date is not yet known, the associated documentation indicates nothing is expected to come into force this year. Further significant reform of the leasehold system is due to follow, and this Bill has been presented as a relatively uncontroversial forerunner of those other reforms. As the ‘abolition of ground rent’ has also been widely trailed, it is expected to pass through both Houses largely intact.

It was introduced by Lord Greenhalgh in the House of Lords on 12 May 2021. It was printed alongside a set of explanatory notes.

Regulated Lease is defined in clause 1(1) of the Bill as one which meets all of the following conditions:

1.1 Regulated Lease: The type of the Lease/Property

1.1.1 a lease granted for a term certain exceeding 21 years. The fact that the lease can be terminated prior to the end of the term, by notice, re-entry, forfeiture or otherwise is immaterial.

1.1.2 A lease for a term fixed by law under a grant with a covenant or obligation for perpetual renewal, other than a lease by sub-demise from one which is not a long lease.

1.1.3 A lease taking effect under section 149(6) of the Law of Property Act 1925 (leases terminable after a death, marriage or civil partnership).

At its simplest this means long leases and not tenancies.

A dwelling is also defined within clause 22 as ‘a building or part of a building occupied or intended to be occupied as a separate dwelling, together with any yard, garden, outhouse and appurtenances belonging to it or usually enjoyed with it;’

This could mean that a stand-alone lease of a parking space or garage which is not connected to the lease of a dwelling is not captured within scope of the Bill and ground rents can still be charged.

1.2 Regulated Lease: When the lease is granted

The Act will apply to the relevant type of leases granted on or after the day on which it comes fully into force.

We understand that leases for retirement properties will have a separate commencement date. It is not yet known whether there will be a different date for shared-ownership leases.

Clause1(1)(b) excludes leases which are granted pursuant to a contract made before the commencement date. This means that if contracts are exchanged now but completion does not happen until after the Bill becomes law, the Landlord can still retain the ground rent provisions.

1.3 Regulated Lease: Not an excepted lease

Clause 2 of the Bill sets out a list of excepted leases which will not be considered a Regulated Lease and therefore ground rents can remain. Briefly, these are as follows:

‘Require’ is further explained under clause 3(2) namely asking the tenant for the payment or, having received the payment, failing to refund it to the tenant within 28 days.

A Prohibited Rent is one that exceeds the permitted rent.

The general rule is that a permitted rent is a peppercorn rent, which means an annual rent of one peppercorn, having no financial value.

There are two exceptions to the general rule: shared ownership leases and replacement leases.

For the avoidance of doubt, clause 1(4) confirms the definition of Regulated Lease includes the grant of a lease by virtue of a variation where there is a deemed surrender and regrant.

By operation of law, when the variation of a lease affects the term or the extent of the demise, the variation will amount to a surrender and regrant, notwithstanding how the deed is named. We often see deeds called ‘Deeds of Variation’ which are changing the term or the demise and they would be deemed to be a surrender and regrant, even if this was not stated in the document. Accordingly, they will be caught within the definition of a Regulated Lease. However, please see below on replacement leases.

In a shared ownership lease, the tenant will not own 100% of the value of the lease. The tenant’s share is either:

6.2 the initial share plus any further percentages acquired through a process known as staircasing.

For replacement leases, the term can be split into two parts.

7.1 The ‘excepted period’ runs from the first day of the replacement lease and ends with the last day of the term of the original lease.

7.2 The ‘regulated period’ begins immediately after the excepted period and runs the remainder of the term of the replacement lease.

For the excepted period, the permitted rent cannot exceed that reserved by the original lease.

For the regulated period, the permitted rent cannot exceed a peppercorn.

By way of an example:

The regulated period runs from 2 January 2099 until 2 January 2999 and for this period, the Ground Rent must be a peppercorn.

The Landlord cannot claim administration charges for collection of ground rent when the said ground rent is restricted to a peppercorn.

The legislation will be enforced by Trading Standards.

Enforcement proceedings may result in a penalty of between £500 and £5,000.

Tenants also have rights, separate from the enforcement, to apply to the First-Tier tribunal to claim a refund of the rent, together with interest and costs. The enforcement authority may assist Tenants in making their application.

The legislation is taking the usual course through Parliament. At this point, we do not know when the Bill will pass into law. However associated documentation indicates that the government intends to push the Bill through to commence some of the provisions ‘from 2022’.

The Bill allows for appointment of different commencement dates for different kinds of leases.

For retirement properties, dwellings which can only be occupied by persons aged 55 or over, the commencement date will not be before 1 April 2023.

11  Impact on the Market

The Impact Analysis that accompanies the Bill states that the removal of ground rents from new leases will not result in a cost to developers. Developers are expected to capitalise the lost ground rent into their sales prices. They indicate this is fairer and more transparent for the leaseholder.

The Analysis suggests price increases for new builds will be negligible. It further suggests buyers deterred by such increases will have other options, such as buying a second-hand property with an existing lease.

In our view, institutional and ground rent investors, developers and possibly even buyers are likely to take a far less sanguine view of the changes proposed by the Bill once the full effects have been understood. Earlier representations regarding the ‘stewardship’ elements of the current system have been discounted, and we do not believe that the proposed revival of Commonhold will alleviate these issues.

In conclusion there are potentially dramatic implications of the Bill for various different stakeholders, and we will be happy to give tailored advice accordingly. 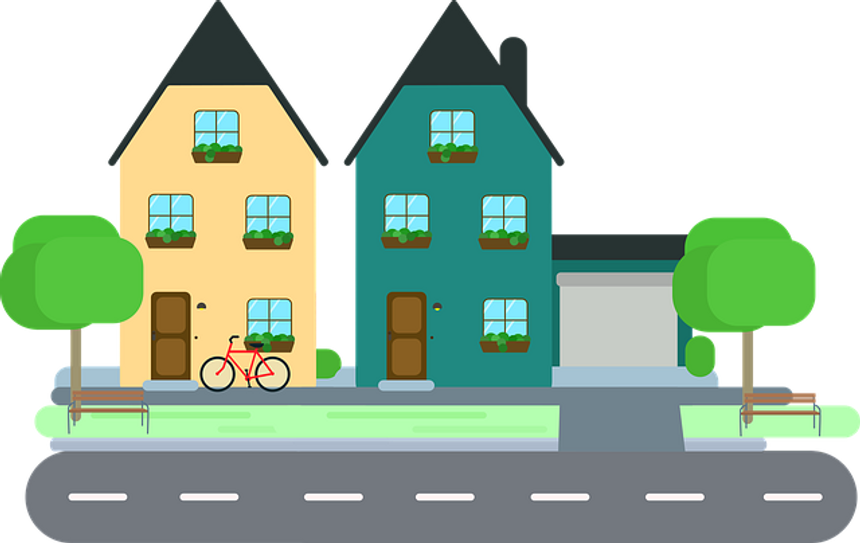