Virgin Active’s plans are the first contested restructuring plans featuring cross class cram down to be sanctioned, and as such the sanction judgment provides crucial parameters regarding how the court will exercise its sanction discretion.  The area was left open by the legislators, who provided in the Explanatory Notes only an example of when sanction might be declined rather than a test.

The judgment is the second important decision this week in the statutory compromise landscape.  On Monday landlords lost their Company Voluntary Arrangement challenge against fashion retailer New Look.

“How the sanction discretion would be exercised in non-clear cuts cases has been the biggest outstanding question following the introduction of the Corporate Insolvency & Governance Act which came into force in June last year.  This new information places the new restructuring plan in a much better position to facilitate recovery and provides creditors with greater certainty of their position.

Valuation was always expected to be an area of contention.  The court has adopted a pragmatic approach in not requiring market testing as part of that exercise here.”

“The restructuring market in England & Wales is strong, with decisions this week demonstrating the court will support statutory compromise procedures where they are able to do so.  This is encouraging news for debtors struggling with liquidity problems following the COVID 19 pandemic and places the high street and other consumer businesses in a more secure position for recovery.”

“No worse off” test (Condition A)

The cross class cram down feature of a restructuring plan cannot be used if an affected class would be worse off in the relevant alternative in the court’s view.

The court held that the “no worse off” test can be approached:

Snowden J considered it “tolerably clear that [the] test of a “genuine economic interest” reflect[ed] the observations of Mann J in Bluebrook [Bluebrook Ltd, Re [2009] EWHC 2114 (Ch) (11 August 2009)] that what the court must ascertain is whether a purported class “actually has an economic interest in a real, as opposed to a theoretical or merely fanciful, sense”, and that it is to be applied to the plan company by reference to the relevant alternative for the company if the plan is not sanctioned.”

The lack of market testing or price discovery process was a particular point of objection.  On the basis that there was no absolute obligation to conduct a market testing process, the question was whether it was necessary or practicable in the circumstances of the instant case for the Plan Companies to have done so as part of proposing the Plans. That question also raised the issue of whether such an exercise would be likely to have resulted in a materially more reliable valuation than the approach adopted.  The court was not persuaded that any of those tests were met.

Premier Oil’s proposed Part 26A plan was considered in cross examination, in which PwC had not conducted a market testing exercise in the preparation of their report on the likely returns to plan creditors in the event of a stressed sale or hypothetical insolvency of the group.  The evidence and the judge’s experience (which he caveated as limited) indicated that market testing was not in fact the norm in comparable cases.

It was also unclear how the funding for a market testing process would have been obtained.

Persuasively to Mr Justice Snowden, the evidence was that the results of any market testing process would have to be treated with extreme caution due to the highly unusual market conditions.

“[t]he disclaimers bear all the hallmarks of having being inserted without sufficiently clear thought about the wording and the context in which the reports were likely to be used in these proceedings, together with a defensive over-abundance of caution designed to protect the firms concerned from claims against them in the event that matters did not turn out as predicted.”

Again, comparison was drawn with the Premier Oli reports which contained similar caveats.

The valuation multiple and weighted average costs of capital employed were also challenged.

Additionally the question of “double discounting” for distress was debated, one that was considered also in the recent CVA challenges.

Whether rent arrears might be capable of being recovered from a purchaser was considered.  On this point Snowden J stated “It is not impossible that this could happen, but nor do I accept that it is what is most likely to happen”.  He considered that “the terms of the assignment of any Lease belonging to a Class B Landlord as part of a sale of the UK business in administration will be a matter of commercial negotiation, but that it is most likely that an economically rational Landlord will agree to assign the Lease at somewhere between contractual and market rent, and will not require (or obtain) payment of arrears as a condition of assignment in the relevant alternative.” And as such the evidence as to the estimated rental values of the leases in the Mason & Partners report was the best available evidence and there were no good grounds on which to doubt it.

It was also submitted that the court could not be satisfied that the conclusions reached in the Relevant Alternative Report were accurate or reliable, given the scope and limitations of that report and the information on which it was based.

Particular reliance was placed on a disclaimer citing the effects of COVID-19 as leading to a “the degree of uncertainty in our valuation falls outside the range that might normally be expected and accepted” (court’s emphasis).

Based on those factual findings, none of the dissenting classes were found to be worse of under the plans than in the relevant alternative.

Mr Justice Snowden rejected the contention that provided that the statutory conditions were satisfied, the plans should be sanctioned unless the court thought that the plans were not just and equitable.  He considered he must be careful not to read too much into Trower J’s comments from DeepOcean 1 UK Ltd & Ors, Re [2020] EWHC 3549 (Ch) (15 December 2020) that “a plan company that satisfies Conditions A and B in section 901G “will have a fair wind behind it”, and (ii) that “all other things being equal, satisfaction of conditions A and B is capable of justifying an override of the views of a dissenting class””.

The judge stated that the words “just and equitable” should not be read into section 901G (the cram down power): it is obvious that the court would not sanction a plan it didn’t consider just and equitable and without a frame of reference, such a test would be meaningless.  He also noted that the words have not featured in the exercise of discretion under Part 26 schemes of arrangement.

Mr Justice Snowden noted that the assessment of fairness in a scheme context was no more than “a test of rationality to what, ex hypothesi, would be an affirmative majority vote in favour of the scheme”.  In the court’s judgment, there was “no more justification under Part 26A than in relation to Part 26 for the court simply to impose its own views of what is (or is not) “fair” or “just and equitable””.

Snowden J noted that the same rationality test available in schemes was not applicable in a context where cross class cram down was operative.

The judge noted that the sanction test could not be less rigorous than in a Part 26 scheme context (224).

Out of the money creditors

The key principle appeared to the court to be that both under Part 26 schemes and Part 26A plans it is for the company and the creditors who are in the money to decide, as against a dissenting class that is out of the money, how the value of the business and assets of the company should be divided,

Noting the above, the question remains whether there are any limitations upon how the plan company can confer benefits upon other creditors.  Consideration of possible differential treatment raised the question of horizontal comparison.

“There may, in principle, be reasons for the Court to decline to exercise its discretion to sanction a plan that discriminated arbitrarily or capriciously between different classes of unsecured creditors who were all equally out of the money.”

The boundaries were not fully explored, however had they needed to be, the judge set out a number of points would be relevant that will provide a starting point for future analysis.

Mr Justice Snowden agreed that the correct approach on fair representation of creditors was contained in the following statement of Trower J in DeepOcean at [53]:

“the overall support for the Plan Companies’ proposals together with the question of whether the Plan Creditors were fairly represented at their respective Plan meetings remain material questions, whether or not section 901G is engaged. They inform the court as to the weight to be given both to the views of the class meetings which have agreed the restructuring plan and the views of the dissenting class.”

For a number of reasons, little or no weight was placed on the votes of the lower ranking classes.  Snowden J noted he was “fortified in that assessment by the provision in section 901C(4) that plan companies are entitled not to invite creditors to a meeting if the court is satisfied that none of the members of that class has a genuine economic interest in the company”.

No blot on the plans was asserted or found.

Whether the plans were likely to have a substantial effect in relevant jurisdictions outside England& Wales was dealt with as for Part 26A schemes.  Mr Justice Snowden agreed with Trower J in DeepOcean that there is no reason why the same principles should not be applied to applications to sanction restructuring plans under Part 26A as apply in the Part 26 scheme context.

“How the sanction discretion would be exercised in non-clear cuts cases has been the biggest outstanding question following the introduction of the Corporate Insolvency & Governance Act which came into force in June last year. This new information places the new restructuring plan in a much better position to facilitate recovery and provides creditors with greater certainty of their position. Valuation was always expected to be an area of contention. The court has adopted a pragmatic approach in not requiring market testing as part of that exercise here.” Kunal Gadhvi, Irwin Mitchell Restructuring & Insolvency partner, said 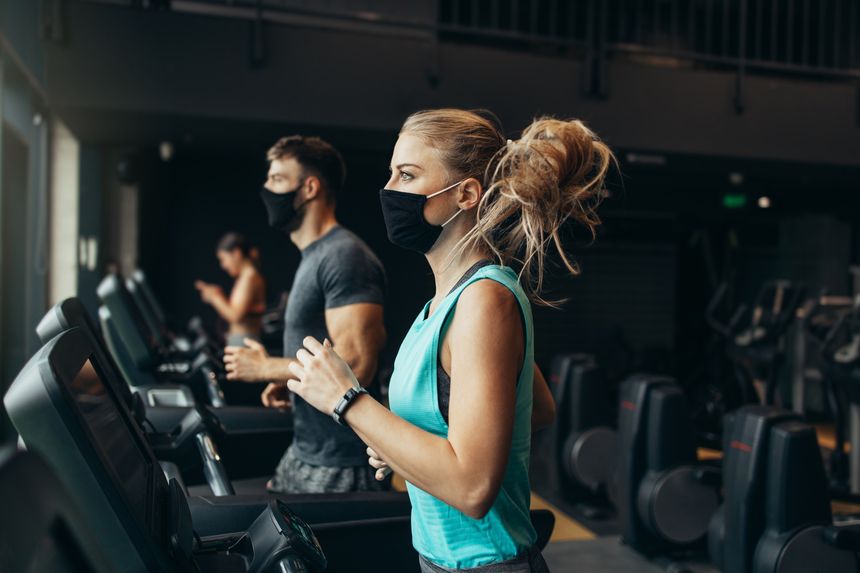