When the European Court of Justice published its judgment in King v Sash Windows in 2017, we speculated that it would expose some employers to holiday pay claims going back over many years.

That case was about a self employed salesman who, following his dismissal, challenged his employment status and was found to be a worker. That meant he should have received paid holiday throughout his employment. Despite the wording of the Working Time Regulations 1998, which prohibit the roll over of accrued holiday from one year to the next, the ECJ said that he was entitled to be compensated for up to four weeks holiday per year, which according to Mr King amounted to 24.5 weeks accumulated over his 13 years of service.

It also suggested that people in Mr King's position who had taken unpaid leave could seek compensation from their employers on the basis that they would not have fully benefited from the time off because of the 'uncertainty' about how it was going to be paid. And that principle applied even if the worker had enough money to afford to take a break.

Fast forward to March 2021 and the EAT's judgment in the long running saga of Smith v Pimlico Plumbers. Mr Smith was engaged as a self employed plumber but, like Mr King, was found to be a worker. You can find out why here.

Mr Smith claimed he was entitled to over £74,000 of holiday pay accrued over his six years of service. He gave evidence that he had taken a number of holidays during his employment, all of which was unpaid, but was unable to provide dates, and Pimlico didn't have this information either because it only recorded time when their workers were unavailable for any reason.

The tribunal rejected his holiday pay claims because they were brought out of time. It found that Mr Smith had only asked for compensation for the holidays he had taken but had not been paid for. Each claim for non-payment should have been issued within three months of taking each period of holiday. That meant that Mr Smith was several years late pursuing some of these claims.

It also said that the ECJ's decision in King v Sash Windows only applied to claims for holidays which the worker was refused or deterred from taking by his not being paid. Mr Smith hadn't been deterred from taking holidays and hadn't presented any evidence that he had not taken at least four weeks holiday in each year of his employment.

The EAT agreed that the ECJ's decision in King was limited to holiday pay claims where someone had been deterred from going on leave because they were not going to be paid.

The EAT disagreed. It said that the principles established by the ECJ were not wide enough to encompass claims for non-payment (or underpayment) of holiday a worker had actually taken. And, you couldn't say you were deterred from taking a holiday if you'd actually taken one (or several in the case of Mr Smith). It said that Mr Smith already had a remedy available to him under the WTR to challenge non-payment (which had to be taken within three months of each period of unpaid leave). That's true, but Mr Smith didn't know that he was entitled to paid leave because, up until his dismissal, he wrongly believed that he was self employed.

The EAT gave Mr Smith's ignorance of the law short shrift. It said he had enough information to trigger further enquiries. He was an 'intelligent man, carrying out a professional service' and there was no reason why he couldn't have sought advice to find out about his rights 'so as to present a claim for holiday pay in the prescribed limits'. The ET had therefore been correct to dismiss his claims as being out of time.

And it wasn't appropriate to extend time either. Mr Smith had not shown that it was not 'reasonably practicable' for him to issue his claims in time. The EAT's reasoning here is instructive and is worth quoting in full:

'No doubt, the documentation would be a disincentive to challenge: many workers could well be dissuaded from the ominous task of questioning what would appear to be clear contractual statements negating any entitlement to worker status. However, the mere fact that a course of action might be difficult or daunting does not render it not reasonably practicable. Were that not so, then any employee who, daunted by the prospect of claiming against his employer, delays in issuing proceedings could invoke the terms of the s.23 test. The authorities certainly do not countenance that kind of approach to what is a relatively strict test.'

That's harsh and potentially puts anyone who only discovers that they are a worker at the end of their employment at a real disadvantage. The EAT acknowledged that the position might be different for a worker doing insecure work or poorly paid manual work but what about other people who don't fit into these categories? I suspect this is something that higher courts may have to grapple with in due course.

The other thing to note about this decision is that Mr Smith lost out on holiday pay he would otherwise have been entitled to receive in his final year of employment because of the way in which he had pleaded his case. The EAT decided that Mr Smith only claimed for holiday he had taken but not been paid for. He had not argued that he was entitled to receive a payment in lieu of leave on termination under regulation 14.

That said, it may not have made that much difference to Mr Smith. Once his historical claims were dismissed, the most he could claim was a pro-rated entitlement to 5.6 weeks leave. It's not clear when his leave year started, but he'd already taken a chunk of leave over the Christmas period which may have reduced his entitlement and would have been a fraction of the £74,000 he believed he was owed.

Mr Smith has indicated that he may appeal this decision so it may not be the last word on unpaid holiday claims. Subject to that, there are a number of issues employers should note:

1. Anyone who has been wrongly classified as self employed (such as many gig workers) will, once their employment ends, be able to bring a claim for a payment in lieu of up to four weeks leave for every year they have worked. In some cases, this could go back as far as 1998.

2. You will not be able to rely on the technical arguments to limit payment in lieu of leave claims established under the Bear Scotland principles unless the worker (incorrectly) pleads their case as a series of unlawful deductions.

3. The rules which limit holiday pay claims to a maximum period of two years also only apply to claims brought as a series of unlawful deductions. The time limit for claims under the WTR have no provision linking a series of non-payments which means they can potentially go back many years.

4. The burden of proof is on the employer to demonstrate that they gave the worker an opportunity to exercise their right to take paid annual leave. This means that unless there is evidence to the contrary, it will be assumed that the worker didn't take a holiday because they were not going to be paid for it.

5. Workers will have to start ACAS early conciliation within three months of their final payment and issue their claim within the proper time limits. They will therefore have a very short window of time to find out if they are likely to be a 'worker' under employment law.

We can help you decide if anyone you engage as a self employed contractor is likely to be a worker and take steps to minimise your holiday pay liability. Please contact Glenn Hayes for details.

McGuigan (acting for Mr Smith) said the tribunal’s ruling was made under regulations that stipulated Smith should have made his claim for missed pay within three months of each holiday period dating back to 2005. She added: “That’s under working time regulations that were drafted for people who know they have got those rights. When you are a gig worker who believes you are self-employed but are mistaken, there is a problem.” 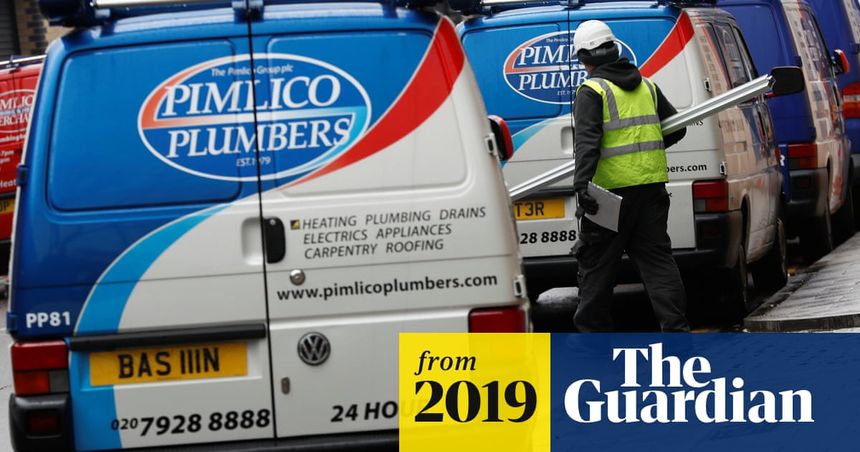