By Lily Pidge and Dominique Dolman

The case of Ras Al Khaimah Investment Authority v Azima [2021] EWCA Civ 349 considered the highly topical issue of whether information that has been obtained by unlawful hacking can be used in Court proceedings against the person from whom it was stolen from.

The default position is that all evidence is admissible, regardless of how it was obtained. While the Courts do have the discretion to exclude evidence, they are under a duty to strike a fair balance between condemning unlawful conduct (such as hacking) and uncovering the truth. This will ultimately be decided on a case by case basis and will depend upon the severity of the unlawful conduct and the relevance of the evidence that was unlawfully obtained. In this case, the evidence was held to be admissible.

The Emirate of Ras Al Khaimah’s Investment Authority (RAKIA) entered into a contract in 2007 with HeavyLift International Airlines FZC (HeavyLift) which at the time, was owned by Mr Azima. It was agreed by the parties that they would set up a pilot training school. Mr Azima was an experienced and highly regarded businessman within the aviation industry and was friends with RAKIA’s CEO, Dr Massaad. Despite their combined expertise, the joint venture was unsuccessful and stopped trading in 2010. This subsequently gave rise to a claim for compensation by HeavyLift.

Around the same time, RAKIA sold one of its subsidiaries. Mr Azima received two payments totalling $1.5m in 2011 and 2012, which he later claimed was commission under a referral agreement for introducing potential buyers of a hotel that the subsidiary owned.          Mr Azima then made a payment of $500,000 to Dr Massaad. RAKIA later claimed that the referral agreement was a sham and that the payment to Dr Massaad was actually a bribe.

In 2012, RAKIA began investigating Dr Massaad’s conduct and he was later convicted by the UAE’s authorities (in his absence) of fraud, bribery and embezzlement.

At some point after the settlement agreement had been agreed by both parties, Mr Azima’s emails were hacked and a significant amount of confidential information was stolen and circulated publicly.

Following this, RAKIA brought a claim in the English Courts against Mr Azima for fraudulently misrepresenting that Heavylift had made a significant investment totalling $2.6m into the pilot training school. RAKIA alleged that such representation was relied upon by RAKIA and had fraudulently induced them to enter into the settlement agreement.

In his defence, Mr Azima claimed that RAKIA could not rely upon the material they were using to bring their claim as the material had been obtained through unlawful means (i.e. he had been hacked). Therefore, he asserted that the evidence should not be admissible and should be excluded from the proceedings. He further alleged that RAKIA were behind the hacking and put forward a counterclaim in relation to an actionable breach of US Federal Law, a breach of confidence, misuse of private information, invasion of privacy and conspiracy to injure by unlawful means.

Accordingly, Mr Azima’s counterclaim and allegations of hacking were dismissed.

As RAKIA’s initial case relied so much upon the use of Mr Azima’s confidential emails that had been hacked, Mr Azima appealed the judgment.

On appeal, Mr Azima raised 9 grounds of appeal. Grounds 1-4 criticised the trial Judge’s findings in regard to the hacking. Ground 5 claimed that if the Judge had found that RAKIA was responsible for the hacking of the emails (as Mr Azima had always asserted) then the claim would have been struck out for an abuse of process. Ground 6 stated that the counterclaim and hacking allegations should never have been dismissed. Grounds 7-9 similarly attacked the Judge’s findings of fact in regard to RAKIA’s claims.

In essence, Mr Azima’s legal team maintained that RAKIA were responsible for the hacking and as such, critiqued the trial Judge’s findings of fact on this point. They further asserted that the unlawfully obtained evidence should have been excluded as evidence and the fact that it was not, constituted an abuse of process.

The appeal Judges found that Mr Azima’s attacks on the trial Judge’s findings of fact failed. They asserted that even if, hypothetically, RAKIA was responsible for the hacking, RAKIA’s claims regarding fraudulent misrepresentation should not be struck out or dismissed.

The Judges briefly considered the issue that Mr Azima’s counterclaim and allegations of hacking acted by way of an equitable set off to provide him with a defence to RAKIA’s claims. On this point, they concluded that equity does not and will not protect a dishonest man from the consequences of his dishonesty. Therefore, the hacking counterclaim did not give rise to an equitable set-off.

Consequently, RAKIA’s claim was upheld. However, it is worth noting that Mr Azima’s appeal under ground 6 (that the counterclaim and hacking allegations should never have been dismissed) was allowed. Hence, Mr Azima’s counterclaim is now pending trial, based on fresh evidence.

WHAT THIS MEANS FOR LITIGANTS

This judgment is significant as it demonstrates that evidence (that is considered to be material to the issues within a case) will be admitted into formal proceedings, even if it was obtained through unlawful means.

The Court of Appeal seemed reluctant to depart from the equitable principles that a person cannot seek to be protected or gain from their dishonest actions but it will be interesting to note what the further consequences will be if Mr Azima is successful in his appeal and whether the hacking allegations made against RAKIA are upheld on such appeal.

With cybercrime and the hacking of private information undoubtedly on the rise, it will be interesting to see how the Courts will continue to strike a balance and reach a just and fair conclusion when having to weigh up one act of unlawful conduct against another. 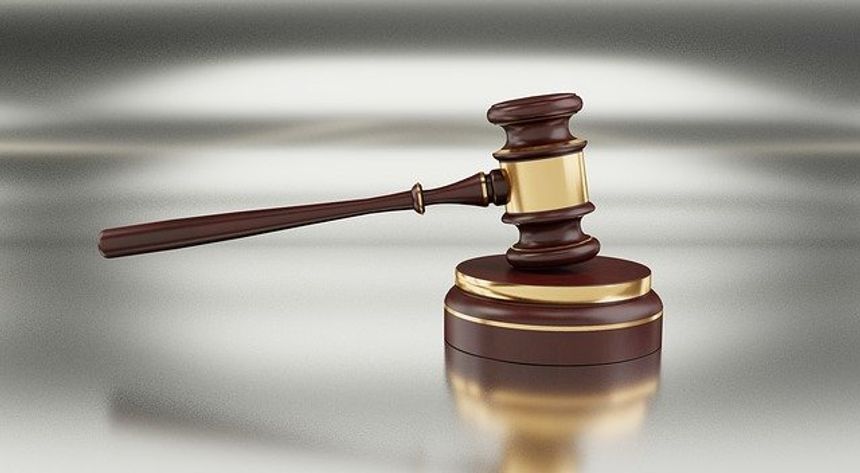