The Women’s Six Nations tournament kicks off next month and, for the first time, it isn’t being played alongside the men’s tournament. The move is a step in the right direction for tackling gender inequality in the game but what else is being done?

The finale of England’s Women’s Six Nations campaign on 24 April will be shown free and live on BBC Two, with all of the other fixtures set to be broadcast live on BBC iPlayer. This is the biggest exposure the Women’s Six Nations has received in its history and is a result of the strong viewing figures achieved during the 2020 Autumn Internationals. If the finale attracts strong viewing figures, again, it’s likely to lead to further broadcasters showing an interest for future fixtures, as well as inspiring more women and girls to take up the sport.

The increased TV exposure of women’s rugby is a product of the growing popularity of the game. With thanks to campaigns aimed at increasing female participation, such as World Rugby’s global campaign ‘Try and Stop Us’, England Rugby’s ‘Inner Warrior’ campaign, as well as the huge success of the England Women’s team on the world stage, the number of registered female players has risen significantly in recent years.

The recent announcement from World Rugby of the new global women’s competition WXV, which will involve the top 16 nations in women’s rugby and is set to begin in 2023, is another huge boost for the game and will, no doubt, lead to increased participation. World Rugby is investing £6.4 million in the tournament, demonstrating its commitment to tackling gender equality in the sport.

In 2020, data gathered by workplace equality group Work180 found that rugby union, football and snooker are among the worst offenders in terms of the gender pay gap in sporting prize money. The data revealed that the winners of the men’s 2020 Guinness Six Nations received £5 million while the victorious women’s team received nothing[1].

In 2021, Six Nations Rugby Ltd. sought to obtain a title sponsor for the women’s tournament, which would have been a huge boost for the women and girls’ game and would, undoubtedly, have enabled the introduction of prize money. Unfortunately, a title sponsor wasn’t secured for the 2021 tournament; however, the focus by the organisers on obtaining one are a step in the right direction and, with the increased exposure and popularity of the game expected as a result of this year’s Women’s Six Nations, hopes for obtaining a title sponsor next year are looking up. Indeed, brands should see sponsorship of the women and girls’ game as an opportunity to reap big rewards.

During the Covid-19 pandemic, it has been much harder for women to be physically active than it has been for men, whether that be because of childcare commitments or safety concerns when training alone. This has led to a “gender play gap”.

Our England Rugby partnership manager and Allianz Premier 15s referee, Nia Parsonage, said “There have been great movements over the past year to accelerate the profile of women’s rugby in England and globally, but there is still a long way to go. Women’s premiership teams are not all fully professional meaning the players have to work other jobs to sustain a living while maintaining professional-level commitment to their team. At international level, England Rugby is the only union to have a fully professional senior women’s team. With the current pandemic, this has made it that much harder for the elite women’s game to continue – as seen by the law variations in the Allianz Premier 15s and World Rugby’s postponement of this year’s Rugby World Cup.

It is great news that the BBC will be broadcasting the Women’s Six Nations. For everyone who spends 1.5 hours on a Saturday watching the best athletes in the elite game, you will know just how talented they are and how exciting the matches are to watch. The women’s game is becoming even more accessible to watch and support because of online streaming and social media. If women and girls can see it, they can be it.

The best way people can help grow the profile of the game is by watching the games on TV/ online and in-person when allowed, and positively interacting with team/ player social media posts. At Irwin Mitchell, we’re proud to support both the England Men’s and Women’s team and play our part in mentoring young boys and girls across the community game”.

If you or your organisation have any questions, please visit our website (https://www.irwinmitchell.com/business/sectors/sport) or contact Nia Parsonage, Naomi Findlay, Tom Barnard or Ted Powell. 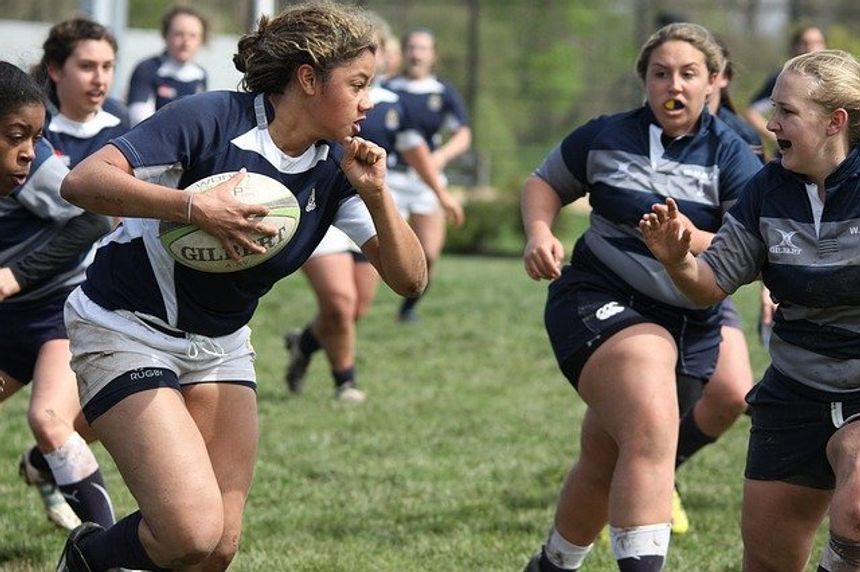