The Supreme Court has today issued a judgment that will have wide ranging implications for the care and other sectors relying on staff to provide sleep-in cover.

In Mencap v Tomlinson-Blake and Shannon v Rampersad (t/a Clifton House Residential Home) the Supreme Court had to decide whether workers who provided sleep-in cover should be paid at the appropriate NMW rate for every hour of that sleep-in shift - even if no work is actually performed.

The detailed rules are now contained in the National Minimum Wage Regulations 2015 (the regulations), which consolidate the 20 sets of amending regulations that emerged between 1999 and 2014. However, the regulations have not made any substantial changes to the law.

Workers in the UK must receive the appropriate NMW or National Living Wage rate for their age and these rates are usually increased annually in April. Employers don’t have to pay each hour at the relevant rate, provided the average hourly rate, calculated over the relevant pay reference period (how often the worker is paid) does reflect the appropriate rates.

The regulations differentiate between four categories of working time for which workers may be paid: time work (work that is paid by reference to the time that a worker works, such as hourly paid work); salaried hours work (where the worker is paid for a fixed number of hours a year, paid in regular instalments); output work (work paid according to the worker’s productivity); and unmeasured work (a residual category which catches any other work). These appeals just dealt with the first two categories.

The regulations provide an exception in respect of sleep in shifts. In respect of time work they say this:

(1) Time work includes hours when a worker is available, and required to be available, at or near a place of work for the purposes of working unless the worker is at home.

(2) In paragraph (1), hours when a worker is “available” only includes hours when the worker is awake for the purposes of working, even if a worker by arrangement sleeps at or near a place of work and the employer provides suitable facilities for sleeping.

In Mencap v Tomlinson-Blake, Mencap were contracted to provide support and care to vulnerable adults.  Ms Tomlinson-Blake and others carers provided 24-hour support to two men in their home.  She worked either a day shift or a sleep-in shift and was paid at an hourly rate.  Sleep-in shifts lasted nine hours and she received a flat rate of £22.35 plus one hour’s pay of £6.70 (the applicable NMW rate at the time).  Ms Tomlinson-Blake had her own room and could sleep during the shift, but was required to keep 'a listening ear out' during the night and provide support where needed and to respond to any emergencies.  The need was 'real but infrequent' and Ms Tomlinson-Blake had only had to intervene on six occasions during the previous 16 months.

Ms Tomlinson-Blake argued she should receive the NMW for every hour of her sleep in shift.

In Shannon v Rampersad, Mr Shannon was offered a job as an 'on call night care assistant' by his friend who owned a care home.  He lived on site in a flat and had to be available from 10pm to 7am each night.  In return he was paid a small salary and had free accommodation. He was rarely called upon to help during the night. Following a TUPE transfer Mr Shannon claimed that he should have received the NMW for all of his night shifts and that he had been underpaid by £240,000.

The ET found that Ms Tomlinson-Blake was working throughout her sleep-in shift and was therefore entitled to the NMW, a decision upheld by the EAT. Mr Shannon's claims were rejected by the ET and EAT on the basis that he was allowed to remain at home and was only entitled to receive the NMW if he responded to a call.

Both cases were referred to the Court of Appeal which held that under the National Minimum Wage Regulations, workers are either available for work or actually working. Those who provide sleep-in cover are only available to work and are only entitled to receive the NMW if they performed work.  This meant that both Ms Tomlinson-Blake and Mr Shannon lost their cases. They appealed to the Supreme Court who heard their appeals in February last year.

The Supreme Court started by saying that not all activity which restricts the worker’s ability to act as they please is work for the purposes of the NMW.

In relation to the sleep-in provisions outlined above, the Court made it clear that workers are not doing time work when they are asleep and, in fact, are only working (and entitled to be paid NMW rates) when they are awake for the purposes of working. And, it follows that, however many times the sleep-in worker is (contrary to expectation) woken to answer emergency calls, only the period for which they are actually awake for the purposes of working is included.

But not everyone who is allowed to take a nap during a shift will be a sleep-in worker. To fall within the sleep-in provisions, the principal purpose and objective of the arrangement must be that the employee will sleep at or near their place of work. If the principle purpose of the arrangement doesn't meet that 'test' they could (depending on the facts) be working even if their work is only intermittent.

The Supreme Court relied on the recommendations of the Low Pay Commission, which prior to the introduction of the NMW Regulations in 1998, published a report which specifically addressed how employers should calculate the pay of sleep-in workers. It did not envisage that someone who was sleeping could be working and recommended that they should only be paid at NMW rates when they were awake and required to be available for work. The Commission envisaged that the parties would agree an allowance to cover the sleeping part of any shift between themselves which is what happened in both of these cases (albeit there was probably very little 'negotiation' involved).

These recommendations were accepted by the government.

In reaching this decision, the Supreme Court decided that a number of previous cases had got the law wrong and overruled them.

If you engage someone whose job it is to sleep and you provide facilities to enable them to do this, you only have to pay them at the relevant NMW rates if they have to perform work during their shifts, but not if they can't sleep for other reasons (such as noise etc). You can agree a different rate of pay with them for any time when they aren't working. This principle isn't limited to care workers and can arguably include night watchmen and emergency call handlers.

The position with regard to home workers is more complicated and it may now be more difficult for home workers to argue that they are working throughout a shift rather than simply being 'available for work' particularly if the work they do is intermittent. The Supreme Court didn't reach agreement on how the distinction between working and being available for work applies to those who work from home. One of the Law Lords, however, tried to provide some reassurance by saying 'there are no doubt many kinds of work which can be and are performed from home and in which tasks only come up intermittently but where a person is still performing time work in the periods between those tasks.'

But, we can expect to see more arguments about downtime between tasks for home workers - particularly as many more people have found themselves working from home during the pandemic.

If evidence emerges that unscrupulous employers start to agree very low rates for sleep-in shifts, the Low Pay Commission is likely to review the impact of this decision and recommend changes to protect low paid staff. It provides an annual report which contains a number of recommendations (including the appropriate rate of the NMW). If the government doesn't accept its recommendations it has to go to parliament and explain why.

The NMW Regulations are complex and it's easy to make mistakes. If you're worried that you are not correctly following them, please speak to Siobhan Mulrey who is one of our employment law experts specialising in this area.

"This case was never about the money. It was about the principle of treating staff fairly," said Ms Tomlinson-Blake. 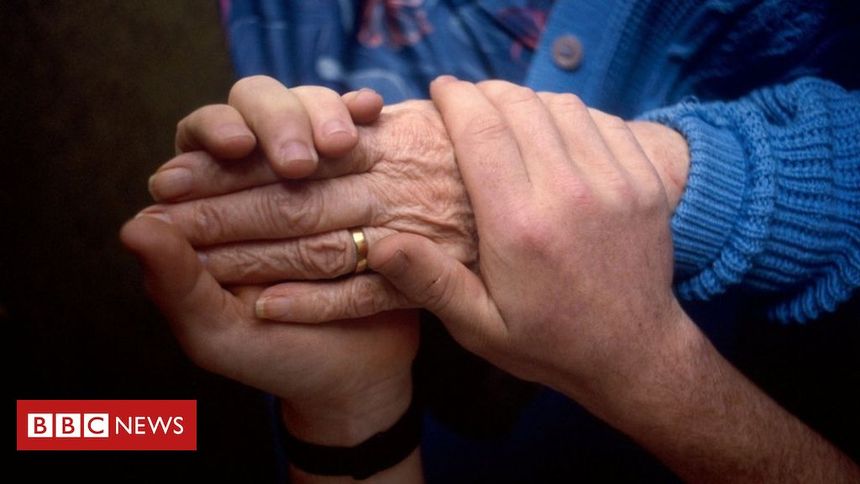