Earlier this week, USDAW (the union of shop, distributive and allied workers) published its annual survey as part of its campaign to end violence and abuse against retail workers. It revealed that almost nine in 10 retail workers were verbally abused last year; 60% reported threats of physical violence and 9% said they had been physically assaulted.

But, it's not just retail workers that are at risk. Newspapers and social media are full of depressing stories about medical staff, delivery drivers, transport workers, hospitality staff, teachers and other people whose jobs involve interacting with the public, being abused at work.

In many cases the measures which have been put in place to keep the public safe during the crisis have resulted in staff facing increasing levels of abuse. Last year, the Nursing Times reported that nurses faced 'abhorrent' abuse from the public. And a report into abuse against UK doctors revealed that one in three doctors had suffered verbal or physical abuse during Covid-19 - in fact one doctor reported that he has had 'more unpleasantness from patients in the last six months than in all my previous 50 years in healthcare'.

Whilst the level of verbal and physical abuse against staff has been exacerbated by the pandemic, it was already a problem in many sectors. For example, USDAW's report indicates that between 2017 and 2019, the proportion of retail workers facing abuse rose from just over half to more than two-thirds.

1. To provide a safe workplace

The HSE (Health and Safety Executive) define work-related violence as 'any incident in which a person is abused, threatened or assaulted in circumstances relating to their work.' This includes verbal abuse and threats, as well as any form of physical abuse. It acknowledges that those most risk are employees who work with members of the public.

As an employer you have a duty to protect the health and safety of your staff. Under the Management of Health and Safety at Work Regulations 1999, the minimum you must do is:

You therefore must consider the risk posed by other people your staff will meet during the course of their employment. The higher the risk, the more you are required to do to minimise it.

You may need to put in place specific policies and procedures in place to try to reduce the risk of and prevent abuse occurring. Options include:

You should encourage your staff to report any incidents, even if these are relatively trivial, so that you can review what is working/not working and amend your procedures.

Bear in mind that if your staff are routinely abused by members of the public when they are working, they are likely to become unwell. Ultimately, you will lose valuable members of staff if you don't support them (and may also receive employment and/or personal injury claims).

2. To maintain trust and confidence

The duty of trust and confidence is implied into every contract of employment and you must not act in a way that destroys your relationship with members of your staff.

In this context, if you don't take steps to protect your staff from abuse it may seriously damage trust and confidence between you and give them the right to resign and, if they have worked for you for two years or more, claim constructive dismissal (a form of unfair dismissal).

In most cases, a staff member would not be able to argue that their trust and confidence in you was destroyed by one incident. But, if they are regularly subjected to abuse and you've done little or nothing to prevent it, they will.

3. To prevent harassment and discrimination

You must take all reasonable steps to prevent your staff from being harassed or discriminated at work. Most employers have equality and bullying and harassment policies which focus on treating fellow colleagues and customers or service users they deal with with respect and dignity. However, the position is more complex legally, where customers or service users discriminate against or harass your staff.

Employers used to be potentially liable for third-party harassment under the Equality Act 2010 but those provisions were repealed in October 2013. Despite this, there are still some circumstances where an employee, who is harassed at work by a third party, can establish that their employer is liable for what has happened to them. This may occur where, for example, your employee can show that you failed to prevent their harassment by a third party, and treated them less favourably than other members of staff because of a characteristic protected by the Equality Act (such as their race, sex, sexual orientation, disability etc). So, if you have stepped in to prevent harassment against female members of staff, but haven't where male staff have been abused, you might be liable.

But, in most cases, your staff will find it difficult to prove that you are liable for any type of discrimination by someone you don't employ or control. However, that doesn't mean that you can ignore the abuse for the reasons already outlined.

I’ve been working here for 15 years, and this is the worst I’ve ever seen it. It used to be a really happy place, where people would say good morning [to each other]. Sometimes you’d get thanks for helping people in the shop, or they’d mention you to your manager. Now, they moan at you for the slightest thing. Some of the staff are crying all the time. We’re not valued. - Supermarket worker, Southampton 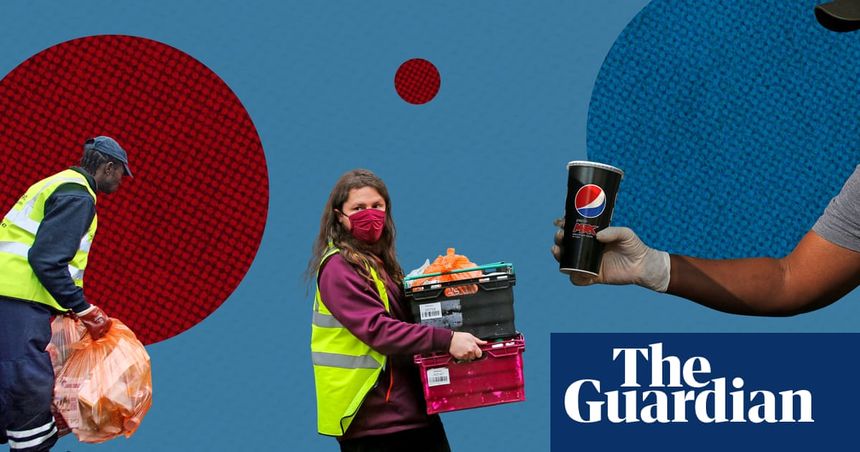