The Chancellor Rishi Sunak has today set out the government’s tax and spending plans in his latest Budget.

The announcement included initiatives designed to support the economy in the short and medium term as it looks to recover from the coronavirus pandemic.

In a wide-ranging speech, The Chancellor extended the furlough scheme again, announced eight Freeports and released more money to help High Street firms reopen when lock down restrictions lift over the coming months.

Details about the changes to furlough along with other implications for employers are covered here by Joanne Moseleyin our Employment team.

Other experts in our business team examine some of the other key announcements below.

“The Chancellor’s £5bn shot in the arm for retail and hospitality firms will go some way to helping some of the smaller businesses reopen, but a wider and more holistic package of support is needed to help them deal with the new normal where online dominates.

“The announcement recognises that the High Street requires specialist and more bespoke financial assistance, which it desperately needs and I hope that this is not too little too late.

“High Street businesses are dealing with the multitude of issues which for many include the need make major changes to their business. Challenges to businesses include pivoting to online sales being their dominant revenue source, innovating in how existing high street premises can be used to add value and to interact with consumers in safe but experiential way, and supporting employees that are reluctant to return to work as a result of Covid anxiety.

“Above all, although we are emerging from Covid, there is still a lot of uncertainty which means businesses need to be robust and agile enough to cope with the exaggerated fluctuations in demand and exciting new opportunities that may arise.”

Claire Petricca-Riding Head of Planning and Environment at Irwin Mitchell commented on the Chancellor’s announcements concerning the Environment today.

“It is good to see the Chancellor has used this Budget to pursue the Government’s commitment to the “green agenda” and its 10 point environmental plan, particularly in the run up to COP26.

“The new green savings account with a green gilt which will fund renewable energy and clean transportation projects could certainly be a game changer. This could lead to much more support for renewable energy, including onshore wind and hydrogen generators and lead to cleaner transport, more electrical cars and cycling. Along with the Sovereign Green Bond and the new infrastructure bank based in Leeds as well as the desire to be an economic and scientific super power – it has been a budget set for the COP26 and leading that charge to net zero.

“We’ve also got Freeports, simplified planning zones and green initiatives associated with those areas as well as a new carbon offset market. It remains to be seen what the detail of these schemes are.

“If I’m cynical I could say this idea is really igniting thoughts the Government had a while back under previous administrations and it’s a shame it’s taken so long to get these off the ground. We could be in a very different place if such initiatives had been followed through several years ago.

“That said, it’s important we look forward and overall the Chancellor’s measures concerning the environment are certainly a large green step in the right direction.”

“Restricting the lifetime allowance until and including tax year 2025/26 (i.e. for the next five tax years) is a blunt instrument when looking at pension tax. It will have an impact on the higher earners are edging closer to the current lifetime allowance of £1,073,100. It is unfortunate for DC savers who are affected and who cannot control market fluctuations and volatility when they come to take their pension benefits and who also take all the risk on their pension savings. For DB pension members, there will be a potential impact particularly on public sector scheme members who are likely to reach the lifetime allowance and may then retire sooner than otherwise expected, like the NHS consultants. It is a shame that the opportunity was not taken to do more than just tinker around the edges of the UK pension tax system.

“So while the freeze doesn’t add to the overall complexity for most people, it does nothing to make the whole system of pension tax relief more logical and it’s rapidly moving to the position of no longer being fit for purpose. The UK pension tax system perpetuates inequalities between the old and the young, the rich and the poor and those with DB pensions and those without. Too little tax breaks for the lower earners and the threshold for auto-enrolment into an employer’s pension being set at too high a level for lower earners, compared to, too many tax breaks and concessions for the higher earners and for those who have already massed very generous pensions. The whole system needs a complete revamp.

“In line with the rest of the budget, the Government does seem to have accepted that the cap on charges for auto-enrolment schemes at 0.75% should be relaxed to allow for a broader range of investments that tend to cost more such as green and infrastructure type investments. On balance this seems sensible and the DWP are due to issue draft Regulations to allow this in April 2021. It will also bring some of the pension rules on investments and charges in line with the Government’s overall strategy to make pension funds more accountable when investing on ESG and climate change.”

“There is the feeling that Freeport status will be different in a post-Brexit world from what it was in the past. The government has more latitude on offering tax breaks and subsidies, but whatever is done will still need to comply with the TCA agreement and WTO rules.

“The intention is clearly to increase employment prospects and boost investment in areas that traditionally struggle with both and in areas like Teesside; those are the measures the scheme will ultimately be judged on.

“The enhanced capital allowances and 100% SDLT relief should provide a welcome boost for the commercial property market in those regions, albeit they are time limited until 2026.”

Paddy Sturman, Banking & Finance partner at Irwin Mitchell, commenting on the announcement of the location of the UK’s first Infrastructure Bank said:

"This major announcement by the chancellor that the UK’s first Infrastructure Bank will be based in Leeds is fantastic news for the city and the wider Yorkshire and Humber region.

“We have said many times that this city and region have the workforce and the skills to rebuild the economy and this decision is testament to that. Together with the Freeports announcement, there will be building blocks in place to deliver the much trailed levelling up agenda in the north.

“The strength of our local banking and financial sector has clearly proved decisive and I’m confident it can deliver a positive return on investment for the government and region alike.

“In replacing funding previously obtained from the European Investment Bank, this was a necessary move that will close that funding gap and promises to support a positive post pandemic recovery that is green, deliverable and sustainable.”

Rishi Sunak has unveiled a £65bn boost for Covid-hit businesses and workers at the Budget but also warned he will soon begin the painful process of repairing the public finances. The Chancellor unveiled extensions to the furlough scheme, business rates relief, the £20 boost to weekly Universal Credit payments and the stamp duty holiday.  A tax-cutting scheme to spur business investment, a new loan guarantee programme and the location for the Government's northern hubs were also announced However, Mr Sunak started to shore up the public finances, announcing a tax hike for large businesses in 2023 and a "stealth tax" on workers. 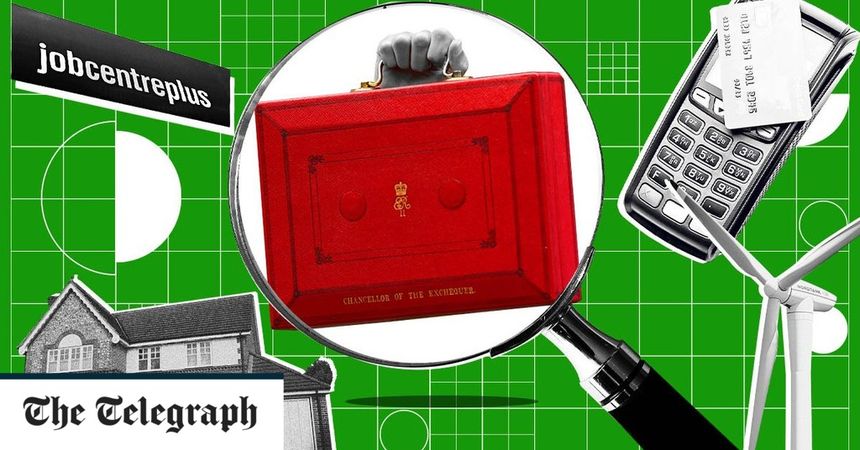