The Chancellor of the Exchequer, Rishi Sunak, announced in December that the government will publish the Budget on Wednesday 3 March 2021.  That day, is today!

And, as I opened my day with #morningremarks on @twitter it never ceases to amaze me how many #planning tweaks they*£ sneak in on days like this.  So in a budget likely to be dominated by the continued response to the #coronavirus pandemic, let's see what the budget has snuck in on #planning, #environment #infrastructure and #real estate*%.

The full speech is here.

Eight new English Freeports will be based in East Midlands Airport, Felixstowe & Harwich, Humber, Liverpool City Region, Plymouth, Solent, Thames and Teesside.  A simpler planning regime is promised for these - detail seems to still be awaited.

These will be special economic zones with different rules to make it easier and cheaper to do business.

£68 million to fund a UK-wide competition to deliver first-of-a-kind long-duration energy storage prototypes that will reduce the cost of net zero by storing excess low carbon energy over longer periods.  This looks great for those working in battery led innovation.

£4 million for a biomass feedstocks programme in the UK to identify ways to increase the production of green energy crops and forest products that can be used for energy.

£20 million to fund a UK-wide competition to develop floating offshore wind demonstrators and help support the government’s aim to generate enough electricity from offshore wind to power every home by 2030.  Will this roll back the years on the conservative party's difficult relationship with wind power (acknowledging the complex relationship with their 'Shire councillors who feel the visual impact of these small power stations most)?

Publication of the the government’s ‘Build Back Better: our plan for growth’.  This one needs detailed review - so more to follow on that.  There will almost certainly be both a planning and an environmental context with chapters dedicated to infrastructure and the net zero commitment.  It is supported by a dedicated levelling up fund.

Mortgage guarantee (loans of up to £600k) of 5% deposits backed by the government.  Major High Street banks already on board.  As encouraging as this is for those trying to get on the housing ladder I am old enough to remember what caused the 2008 crash - how much this should be welcomed?

Off the back of the news that the economy has shrunk by 10%, and is still likely*"! to be 3% smaller in 5 years time than pre COVID; over a £billion to help pubs, restaurants, hairdressers and shops reopen after a deeply challenging past year with multiple lockdowns. They will be able to get up to £18,000 each. Some 700,000 businesses are expected to be eligible for the money once the fund goes live.

A major new tax aimed at online retailers who are fuelling the decline of the high street is being looked at, but decisions are unlikely until the autumn.  How have #consumer trends actually changed as a result of the #lockdown - some of the answers are in the Irwin Mitchell Consumer Report.

This is in addition to the £830 million Future High Streets Fund announced on Boxing Day.  More on that in this joint webinar (recording here) where I discussed the effects of planning reform on the High Street with the Tim Raynor and the planners from Pegasus; in which we learnt that UK Bricks and Mortar Retail pays 25% of all UK Business Rates, yet contributes only 10% of gross value added to the UK economy.

Extension of the Film & TV Production Restart scheme in the UK, with an additional £300 million to support theatres, museums and other cultural organisations in England through the Culture Recovery Fund.  With a large chunk of cash promised to the film industry you've got to wonder whether any quirks will be added to the temporary use PD rights?

*"! according to the OBR

three-part plan to protect the jobs and livelihoods of the British people. 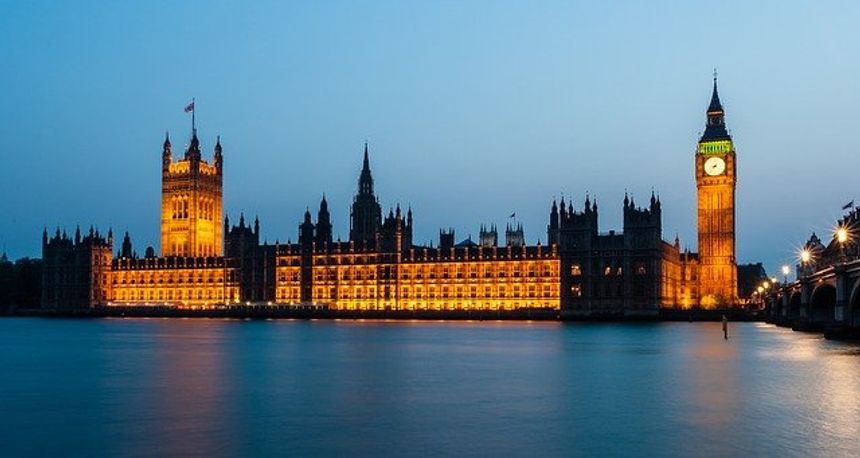