The mum of a Leeds youngster living with cerebral palsy is raising awareness of the condition by speaking out on her determination to help her son ‘live life to the full.’

Shortly afterwards, he deteriorated and was diagnosed as suffering a significant intracranial haemorrhage which required an emergency decompression. As a result harry sustained a brain injury and has since been diagnosed with cerebral palsy.  He has left-sided weakness, cognitive difficulties, behavioural issues and anxiety.

Following Harry’s diagnosis, his mum Jennifer Waddington instructed specialist medical negligence lawyers at Irwin Mitchell to investigate Harry’s birth and the care her son had received under the Leeds Teaching Hospitals NHS Trust which runs Leeds General Infirmary.  The legal team has also helped him access the therapies and rehabilitation required to support his needs.

After investigation by Irwin Mitchell, the NHS Trust admitted liability in so far as “the forceps blades were positioned incorrectly” at the time of Harry’s delivery, resulting in a bleed on the brain and left-sided weakness.  The Trust has since agreed an interim payment to help fund Harry’s care and issued an apology to Harry’s family for the “failings in the care.”

Rachelle Mahapatra, an expert medical negligence lawyer at Irwin Mitchell representing Harry and his family, said: “Harry has had a difficult start in life due to his cerebral palsy, but he is such a happy little boy and is a great example of not letting physical barriers get in the way of doing what you want to do.

“He continues to make great progress and is set to start school later this year, where I have no doubt he will thrive.

“With Cerebral Palsy Awareness Month upon us, it seemed the perfect opportunity to share Harry’s story and how he is being supported by a range of therapies to get the very best from life.”

Harry was Jennifer’s first child and her pregnancy was classed as ‘low risk.’

Shortly after delivery, Harry became unwell and developed bruising.  Following investigation, he was found to have sustained brain damage.

He was diagnosed with cerebral palsy aged two and was referred for physiotherapy and splinting.

Harry, who has a younger sister Ivy, attends nursery and will start school in September.  Prior to this, he will be assessed for an Education and Health Care Plan (EHCP) which will provide the support that he needs for his education, but also his health needs during his time at school.

Mum Jennifer, 30, said: “It was initially very difficult to accept that Harry has cerebral palsy, but he enjoys life and is an inspiration to everyone he meets.

“While we can’t change the daily challenges he continues to face, we are very fortunate that he has been able to access specialist treatment to help him progress with his mobility and cognitive development.  We are determined to help him live life to the full and he is really looking forward to starting school in September.

“We are so proud of him and the way he overcomes his challenges.  Now seemed a good time to share his story to show people what can be achieved when the right support is available.” 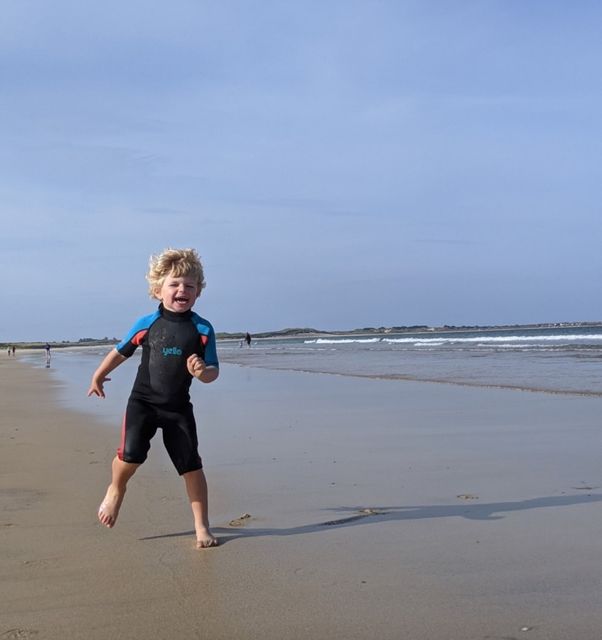