Since my last post we have seen the release of two influential reports addressing the UK housing crisis and how to solve it; namely:

The two reports could not be more different - not only in relation to the proposed solutions to the housing crisis; but also in there analysis of what type of crisis we are actually facing.

Policy Exchange, perhaps unsurprisingly for a centre right think tank, appear to be taking the view that one of the primary reasons for the failure of house-building initiatives to date is their unpopularity with the general public; and that it can only be solved by providing them with direct incentives to support them. The executive summary states:

"Previous schemes aiming to resolve this issue have often failed, because the homeowners who make up two thirds of the British public have generally seen development as placing large burdens on them without any corresponding benefits.

We need a scheme that creates more good homes and better places in a way that shares the benefits with existing residents and communities, so they may become enthusiastic advocates of building rather than vigorous opponents"

The Church of England, however, appears to be taking a much more holistic approach - blaming a systemic failure which encompasses everything from a lack of affordable house-building to the current approach to housing benefits. "Coming Home" sums up the issues we are facing as follows:

"We heard that although churches provide much-needed support to those in housing need, there are structural issues which they cannot deal with alone. Different areas of the country undoubtedly face different housing issues. However, these are not unconnected problems, but instead one complex, multi-faceted problem"

This is a stark contrast. On the one hand, the housing crisis is largely seen as a result of individual, local, self-interest, which can be overcome by further appeals to self-interest. On the other, it is the result of a systemic, collective, failure, resolving which will require a concerted effort from many different policy areas and key stakeholders.

The different perspectives over the causes of the crisis feed directly into the solutions that the reports propose.

"Coming Home" puts forward a wide variety of actions and recommendations, both for the Church of England itself and for society as a whole - ranging from:

"Strong Suburbs", however, advocate a single policy solution, which piggy-backs off the introduction of Renewal Areas in the form proposed by last year's Planning for the Future White Paper. Namely:

On the one hand, we have a report that advocates the use of public and institutional land to provide greater amounts of affordable housing - on the basis that ensuring people have safe affordable homes is a general public good in its own right.

On the other, we have a report that proposes allowing those who are already on the housing ladder to use the planning system to increase the scale and value of development on land that they already own - in an attempt to reduce public opposition for new housing developments.

Whilst I have my reservations about whether the Policy Exchange proposals would actually work in practice, (previous initiatives designed to reduce public opposition to development* have not resulted in the hoped for step-change in public opinion).  The fact remains that we do need to pay attention to the link between development and the infrastructure required to support it. A connection which seems to be weakening following the introduction of CIL (which does not mandate the actual delivery of infrastructure) rather than growing stronger.

We also need to acknowledge the complex web of policy decisions and incentives that have led to the shortage of affordable housing across England; and the wide-ranging collective action required to address them.

The fact that public sector institutions, such as the Church of England, is looking to re-enter this space is admirable.  State support for the affordable and social housing has drastically reduced overtime. If the Church of England's example encourages greater local and national government involvement in the provision of affordable housing - this can only be a good thing.

The perspectives on our housing crisis revealed by these two reports could not be more different; but we may well need to embrace both of them if we are to find an effective solution.

Many parts of Britain suffer from an acute housing shortage, manifested in enormous gaps between prices and construction costs. Previous schemes aiming to resolve this issue have often failed, because the homeowners who make up two thirds of the British public have generally seen development as placing large burdens on them without any corresponding benefits. We need a scheme that creates more good homes and better places in a way that shares the benefits with existing residents and communities, so they may become enthusiastic advocates of building rather than vigorous opponents 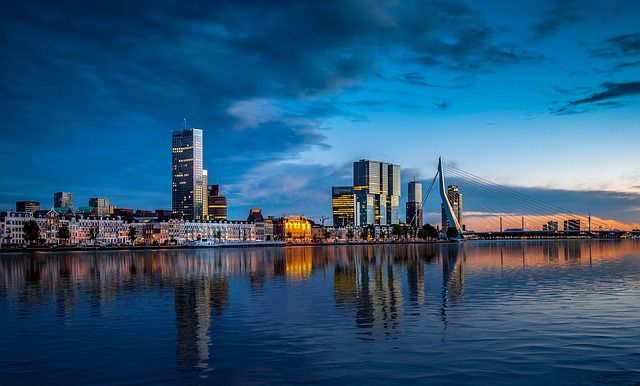