The Supreme Court has ruled Uber must classify its drivers as workers rather than self-employed contractors, with experts saying the decision will have far-reaching consequences for the wider gig economy.

The Supreme Court upheld an earlier employment tribunal ruling that Uber’s drivers are ‘workers’ under the Employment Rights Act 1996 and have the right to minimum rates of pay under the  National Minimum Wage Act and the right to rest breaks and paid holiday under the Working Time Regulations. .

Lawyers at Irwin Mitchell say that the financial implications for Uber in terms of National Minimum Wage for its workforce (40,000 when the case started in 2016) will be considerable. Drivers are entitled to be paid for all the time they are logged onto the Uber App (even if they were not transporting passengers for the whole time) and will be able to recover up to six years of underpaid wages. HMRC may also step in to recover arrears of National Minimum Wage and could impose financial penalties on Uber too.

Shah Qureshi, London Head of Employment at national law firm Irwin Mitchell said: “This is a landmark decision by the Supreme Court. The cost to Uber will be considerable. The ruling confirms their drivers’ rights to the minimum wage, annual leave and whistle blowing protection and is significant, not just for their rights, but the wider gig economy and workers in non-traditional employment.

“The court was clear that determining a worker’s status involves statutory legislation as the starting point and not the contract. Questions of status will be determined by the reality of the working relationship. If the courts decide they are workers, it doesn’t matter what the contract terms say”.

“This means Uber and others in the gig economy will find it difficult to restructure as a means to prevent similar findings in future, because the court will look at the reality of the relationship between the parties and not just a written agreement or the labelling of the relationship.”

A group of current and former Uber drivers brought the original case, arguing that as workers, they were entitled to minimum wage, paid holidays and other legal protections. Uber had argued the drivers were not ‘workers’, but independent, third party contractors.

The court ruled that the rights asserted by the drivers in this case were not contractual but created by legislation. In the same way legislation prevents contracting out of statutory rights, considering the contract alone, would allow a situation the law is intended to prevent.

Ride hailing taxi app firm Uber must classify its drivers as workers rather than self-employed, the UK's Supreme Court has ruled. 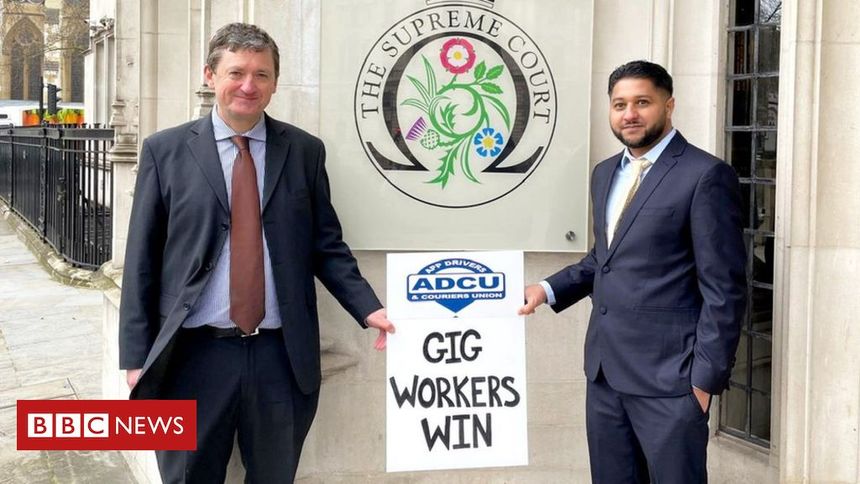