The Duchess of Sussex has today succeeded in her privacy claim against Associated Newspapers (publishers of the Mail on Sunday) in relation to a ‘personal and private’ letter to her father.

The Duchess was largely successful in her copyright infringement claim, save for the issue of who was the ‘sole author’ of the letter to her father.

Georgie Collins, partner and media law expert at Irwin Mitchell said: “This is a very significant victory for the Duchess in what was said to be “a triple-barrelled invasion of her privacy rights”. It is an exceptionally important decision for individuals, who despite being famous or in the public eye, are entitled to protection for personal and private matters. The underlying message from the ruling is that simply because someone is well known, it does not make them ‘fair game’ for details about their personal and private communications to be disclosed.”

The case centred around a letter the Duchess wrote to her father, Mr Markle in August 2018, following her marriage to Prince Harry in May that year and articles subsequently published in The Mail on Sunday and the Mail Online (owned by Associated Newspapers Limited “ANL”) on 10 Feb 2019.

The Duchess made three claims in relation to the publication of the letter to her father:

(2) breach of duty under the GDPR; and

ANL defended the Duchess’s claims on the basis:

There was no misuse of private information, that the contents of the Letter were not private and confidential and that the Duchess did not have a reasonable expectation that the letter was or would remain private. Alternatively, AN’s publication was justified in pursuit of the protection of the rights to freedom of expression of the defendant, its readers, and Mr Markle.

(2) Although the information in the Letter was personal data, AN’s processing of it was not unlawful nor was it unfair. ANL contended that the Duchess impliedly consented to the disclosure. Alternatively, AN relied on the exemption for processing for the special purpose of journalism provided for by Article 85 of the GDPR and that continued processing was legitimate.

(3) Whilst ANL admits the Duchess wrote the Letter, ANL denied the letter was an original literary work (as required for the subsistence of copyright). Alternatively, if copyright subsisted in the letter, AN did not reproduce a substantial part of the letter or if it did, the Duchess’s rights are outweighed by other rights and interests (e.g. public interest).

The Duchess’s Application for Summary Judgment

Summary judgment is a procedure used in civil litigation proceedings which can result in the proceedings being swiftly concluded, dispensing with the need for a full trial and, in particular, meaning that neither party has to give oral evidence and be subject to cross examination. An application for summary judgment can be made by either party, on the basis the other party’s case has no reasonable prospect of success and there is no other compelling reason why the case or issue should be disposed of at trial.

The Duchess’s application against ANL for summary judgment was heard virtually before Mr Justice Warby on 19 and 20 January 2021.

The Duchess’s lawyers argued that AN had no prospect of defending the privacy and copyright claims and that the publication of extracts from the private, handwritten letter to Mr Markle was "self-evidently highly intrusive" and “likely to be devastating for the claimant".

ANL argued that there were significant factual issues that need investigation at trial, privacy and copyright being fact-sensitive issues that need to be investigated at a full hearing.  AN’s lawyers stated that "she [the Duchess] must, at the very least, have appreciated that her father might choose to disclose it". The fact that the Kensington Palace communications team had been shown the letter before it was sent meant that it was not truly private and that it lacked originality and did not qualify for copyright protection.

In relation to the privacy claim Mr Justice Warby held that “…there is no real prospect of the Court concluding after a trial that, at the time the Mail articles were published, or at any material time between then and now, the contents of the Letter were not private, or that the claimant did not enjoy a reasonable expectation that they would remain private”.

In conclusion Mr Justice Warby summarises “the claimant had a reasonable expectation that the contents of the Letter would remain private….the disclosures [by AN] were manifestly excessive and hence unlawful …there is no real prospect that a different judgment would be reached after a trial.”

In relation to the summary judgment on the privacy claim Mr Justice Warby also notes that it is within his gift to strike out parts of the Defence thus the summary judgment application would fail and the trial would go ahead, however he saw no “useful purpose” in this as the “work involved in filleting it would be disproportionate to the gains.”

The Duchess was successful on the most pertinent and substantial points of her claim in copyright. Mr Justice Warby could find no basis for the Defendant’s case on originality and with regards infringement states, “it is undeniable…that the Mail Articles reproduced a substantial part of the content of the Electronic Draft and the Letter.”  and that, “Subject to the issue of authorship, the Mail Articles reproduced the majority of the substance of the relevant intellectual creation.”

With regards the Defendant’s claim of fair dealing, Mr Justice Warby stated that it was only the reproduction of paragraph [15] that could be considered fair dealing for the purposes of reporting current events.

The only issue remaining is regarding ownership of the copyright, which is held to be “of minor significance in the overall context.” Particularly considering that this is not a commercially valuable copyright and that Jason Knauf, a member of the Kensington Palace communications team is not asserting a substantial role in co-authorship, nor claiming copyright. Mr Justice Warby’s concluding remarks provide the best insight into his views as to the prospects and extent of any future trial.

“I am not, however, persuaded that the need to try these issues carries with it the need for a trial of all the issues, notwithstanding the conclusions I have already expressed. That would not be consistent with the overriding objective. The trial will be the trial of limited issues within the copyright infringement claim, not a trial of the whole claim. The outcome could have consequences as to the extent to which the claimant can establish infringement of her copyright, and the remedies she can recover. But these in substance and reality are matters that go only to remedies, and are capable of resolution by case management. They are not a compelling reason for a trial of other issues on liability in this part of the claim. There is no room for doubt that the defendant’s conduct involved an infringement of copyright in the Electronic Draft of which the claimant was the owner or, at worst, a co-owner.”

For further information about Irwin Mitchell's Defamation and Reputation Management services, visit the dedicated section of our website by clicking here.

The judge said Meghan had a "reasonable expectation that the contents of the letter would remain private". He granted Meghan "summary judgment" in her claim for misuse of private information against the publisher of the Mail on Sunday and MailOnline. It means that part of the case is resolved without a trial. Mr Justice Warby said that there would be a further hearing in March to decide "the next steps" in the legal action. Meghan is seeking damages for alleged misuse of private information, copyright infringement and breach of the Data Protection Act over five articles published in February 2019, which included extracts from the letter. 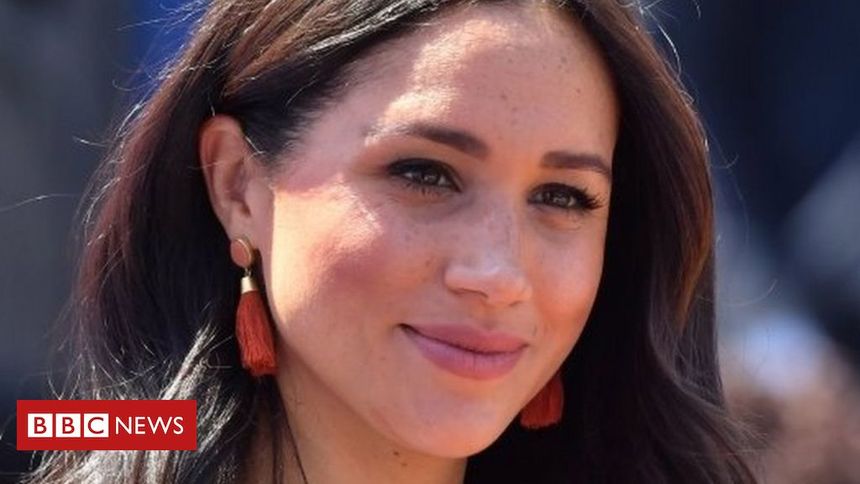