When it comes to virtual meeting mishaps, February has certainly been an eventful month!

The month started with the viral sensation that was the December extraordinary meeting of Handforth Parish Council's Planning & Environment Committee*.

We then received word of the BBC's £28,000 fine for broadcasting excerpts of a Planning Court hearing that had been held over Microsoft Teams without the permission of the Court.

Finally, just yesterday, came the case of the poor American lawyer was forced to appear at a virtual hearing whilst stuck behind one of Zoom's infamous video filters. Whilst this was undoubtedly mortifying, it could have been worse. At least this time the filter was of a kitten and not a potato.

These unfortunate incidents started me thinking about our virtual planning system. As we approach a year of life in (and out of) lockdown, it feels like time for a performance review.

We have clearly come a long way since the early days of the pandemic, when the planning system essentially shut down for the best part of two months. The introduction of the snappily titled  Local Authorities and Police and Crime Panels (Coronavirus) (Flexibility of Local Authority and Police and Crime Panel Meetings) (England and Wales) Regulations 2020 in April 2020 was a real turning point. Since then, virtual planning committees have become common practice and, for the most part, seem to be functioning reasonably well - setting aside the odd mishap with the mute button.

The power to hold virtual meetings, however, was only granted on a temporary basis. The regulations are currently due to expire on 7 May 2021 and, to date, there has been no indication that MHCLG intend to extend them. This is, perhaps, because the expiration date was set in primary legislation (Section 78 of the Coronavirus Act 2020, to be precise), so changing it will not be entirely straightforward.

If the deadline is not extended, and lockdown measures have not been lifted in time, then we could see the planning system grind to a halt again in early May.

The Planning Court also seems to have adjusted reasonably well to life online. From my own experience to date, virtual hearings tend to run as smoothly and, if anything, slightly more efficiently than their in-person counterparts. Although to date, I have never had a three second time lag cause issues when actually attending the RCJ...

That said, the BBC contempt decision does highlight a potential downside of the increased accessibility of remote hearings - namely the ease with which they could be unwittingly recorded and disseminated.  Electronic bundles took a little bit of getting used to, but are much easier and quicker to navigate than their paper equivalents when done well**.

Whilst the Planning Court has adjusted well to life online, the same cannot be said for the criminal courts. The move to virtual hearings in the criminal courts has been... inconsistent... to say the least, which has caused large delays to proceedings in both the magistrates' and the crown court. Whilst capacity has improved of late, with the nightingale courts re-opening, the need for physical attendance is causing problems.

Anecdotally, we have heard of some serious planning and environmental enforcement matters being listed for 2022 or 2023. There are also stories circulating of other matters collapsing as a result of the backlogs or because of Covid outbreaks in court.  As a result, planning & environmental enforcement cases may be waiting quite some time before they finally get before a judge.

Unfortunately, the Planning Inspectorate has not coped anywhere near as well in our brave new virtual world as the Planning Courts.  Whilst virtual inquiries, now that they are up and running, do seem to run smoothly and allow greater flexibility and accessibility than their pre-Covid iterations, the system has been plagued by delays.

PINs most recent update on their performance flagged the impact that the pandemic has had on their capacity stating:

"The Inspectorate suspended all events during the Spring lockdown, but have since resumed activities, including holding events virtually" .

In deciding cases that were impacted by the Spring lockdown, and after-effects of the lockdown, the timeliness measure is starting to increase as the Inspectorate work through the backlog that was created. "

"Enforcement decisions made in the last 12 months had a median decision time of 34 weeks."

" The median time for Inquiries under the Rosewell Process over the 12 months to December 20 is 27 weeks. Since the COIVD outbreak there have been fewer such decisions and generally longer durations – noting that these inquiries began many weeks before the pandemic had its impact."

This matches anecdotal evidence, and my firm's own experience, that appeals are taking significantly longer to get through the process than before the pandemic.

That said, the full extent of the delays may not be reflected in the official figures. PINS calculates its appeal timescales from the date that an appeal is validated, as opposed to the date on which it is received. As such any delays to the validation process will not show up in the official statistics. Given how long it can take to get an official start letter at present, even the timescales reported by PINS in January 2021 may seem a little optimistic.

PINS is clearly working hard to progress its case-load and reduce the ongoing delays. It does, however, seem clear that without additional resource and support from central government, they are going to continue to struggle.

Overall, the planning system has adapted remarkably well to the strange new world that we are currently in.

Whilst I wish for a speedy return to the days where we could attend meetings in person, the system has managed to keep going in very trying times and, on the whole, is functioning well.

That said, there are obviously concerns that still need to be addressed. Not least, the rapidly approaching expiry date for virtual committee meetings and the urgent need for additional resource and support at the Planning Inspectorate and in the criminal courts.

In the meantime, we can always rely on virtual meeting mishaps to keep us entertained.... although I am keeping my fingers firmly crossed that I never find myself having to reassure a Judge that I am not a cat.

*which, in addition to being extremely quotable, also demonstrated a range of behaviours than can, at times, feel depressingly familiar....

** When done poorly, they are a complete nightmare - but at least an electronic bundle has yet to give me a papercut.

The coronavirus has been responsible for a series of video-call stumbles and mishaps, and the phenomenon seemingly reached its zenith this week, when a Texas lawyer appeared before a judge as a cat, after being unable to change a video filter. “I’m not a cat,” Rod Ponton was forced to clarify during a hearing in Presidio county, south-west Texas, as he and his assistant scrambled to remove the filter. 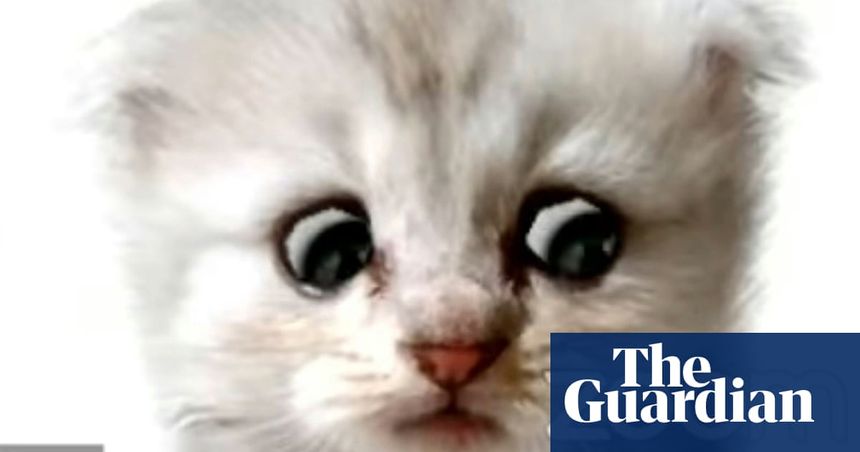