On 31 December 2020, the final whistle was blown on the UK’s membership of the European Union (EU). Now Brexit is complete, we have a clearer picture of how it might affect professional, semi-professional and amateur rugby in the UK. In this article, we tackle the key changes that clubs and individuals involved in rugby in the UK should be aware of in relation to players and staff from EU nations.

EU nationals no longer have freedom of movement, which means they cannot freely work in the UK. Professional, semi-professional and amateur rugby clubs are all likely to have existing players and staff that are EU nationals. Any players and staff from the EU will need to apply to the EU Settlement Scheme by 30 June 2021 in order to be allowed to stay in the UK.

It’s important for clubs at all levels to identify which of their players and staff are EU nationals, and will therefore need to apply to the EU Settlement Scheme. Clubs should also remain aware that their EU nationals must apply to the scheme by 30 June 2021. However, clubs should be careful when checking whether their players and staff have applied to the scheme as treating European players and staff differently to other members of the club, or pressurising them to apply for settled status, could constitute discrimination.

In the Premiership, a club may not have more than two foreign players in the match day squad of 23 at any one time. Foreign players are currently classed as players which:

Significantly, the restrictions confirm that, following Brexit, the status quo will prevail for the 2020-2021 season. This means that players from the UK will continue to be classed as non-foreign players and fall outside the restrictions, despite the UK no-longer being a member of the EU or EEA.

From the 1 January 2021, clubs are no longer able to freely sign EU players and non-playing staff, such as coaches. In contrast, new EU players and staff, along with all other foreign players and staff, will need to obtain a Governing Body Endorsement (GBE) from the RFU. Once the GBE is obtained, the player or staff member may apply for a visa to play for a club in the UK.

In relation to players, the player must fall into one of the requirements set out by the RFU in order to be granted a GBE. The requirements are fairly detailed and should be considered in full by clubs.

In short, a foreign player in the men’s game will be granted a GBE if they have represented one of the 10 tier 1 countries in at least one international match in the 24 months prior to the application. These countries include New Zealand, Argentina and Australia.

In relation to tier two and three nations, a foreign player must have played more international matches or a combination of international and domestic matches in a top-ranked domestic competition.

Finally, a player can qualify without international experience if they have played 75% of the fixtures in a top-ranked competition over 24 months.

Notably, exclusions from selection due to injury, suspension, international duty or serious illness, bereavement or family crisis will be taken into account when applying the requirements. This implies that there may be some discretion shown if a regular international has not been able to represent his country recently due to, for example, a serious long term injury. In addition, when calculating the player’s appearance percentage, games for which the player was unavailable for selection are to be excluded.

There are separate requirements for a Director of Rugby/ Head Coach, Assistant Coach/ Skills Coach and Head of Performance.

In the women’s game, the requirements are largely the same but relate to different national teams and leagues.  A  foreign player will be granted a GBE if they have represented one of 10 listed countries in at least one international match in the 24 months prior to the application. These countries include the Six Nations teams along with Canada, USA, Australia and New Zealand.

It’s important for clubs to have an awareness of the GBE requirements when scouting potential foreign players to sign. Players from major European rugby playing nations, such as Ireland, France and Italy, will now have to meet the conditions discussed above. Clubs should ensure that the visa requirements are fully complied with before a foreign player joins them.

Clubs should also collect substantial evidence setting out details of players’ injuries, suspensions or other circumstances that forced them to miss fixtures. The RFU will consider this information when deciding whether to grant a GBE.

New EU players – All other clubs

One option is the Skilled Worker visa. In order to be eligible, players seeking to be employed by organisations in the UK, including rugby clubs, must score points by meeting requirements under the new immigration rules. In total, 70 points are needed and certain requirements are mandatory. In addition, the applicant must be paid at least £20,480 in order for a visa to be granted. The table below sets out the points system, and lists the requirements which are mandatory.

An offer of a job at an appropriate skill level is a mandatory requirement under the new system. Significantly, sports players are not currently included in the Government’s list of eligible jobs. This means players looking to join clubs in the UK will not be able to obtain a Skilled Worker visa if their only form of employment would be as a player for a rugby club in National League One or below (or anything Championship and below in the women’s game).

However, it’s likely that players and staff would be joining clubs at these levels on a semi-professional or amateur basis – meaning they will represent the club whilst being employed in another job, separate to their role at the rugby club.

The Government’s list of eligible jobs contains various roles across a range of industries currently including, but by no means limited to: farmers, IT engineers, bricklayers, teachers, sports therapists and many more. Players may be able to obtain a skilled worker visa if they have an offer for one of the eligible jobs from an employer that will sponsor them, and also meet the other requirements set out above.

Clubs looking to recruit foreign players and staff could, therefore, encourage the player or staff member to secure a job in one of the eligible roles in order to obtain a Skilled Worker visa. The player may then be able to represent the club in a semi-professional or amateur capacity whilst employed in the “skilled” role.

In addition, there are various forms of visas available to students looking to study in the UK on a short-term or long-term basis. Such visas would enable a foreign student to study in the UK and play for a rugby club alongside their studies. This option should also be considered by UK clubs.

Brexit and the new rules on visas will affect clubs at all levels of rugby in the UK. Clubs should identify which of their players and staff are EU nationals and make sure they are aware that they have until 30 June 2021 to apply to the EU settlement scheme.

For new EU players and staff, clubs should gain an understanding of the new visa requirements and ensure these are complied with. In the men’s Premiership & Championship and women’s Premiership, clubs can apply for GBEs from the RFU to enable foreign players, which now include EU players, to obtain a Tier 2 (Sportspersons) or Tier 5 (Temporary Worker) visa. The requirements for GBEs should be considered when assessing potential foreign players to sign.

Clubs in other leagues should look at Skilled Worker visas and the various types of student visas. These visas may enable foreign players to play for clubs in the UK whilst working for a UK employer or studying at a UK institution.

Overall, the new regimes are complicated and detailed. Clubs at all levels, across both the men’s and women’s games, will need to identify the rules that apply to them and carefully ensure all eligibility requirements and formalities are properly adhered to.

please visit our website here, or get in touch with Hannah Clipston, Tom Barnard or Naomi Findlay.

The new regimes are complicated and detailed. Clubs at all levels, across both the men’s and women’s games, will need to identify the rules that apply to them and carefully ensure all eligibility requirements and formalities are properly adhered to. 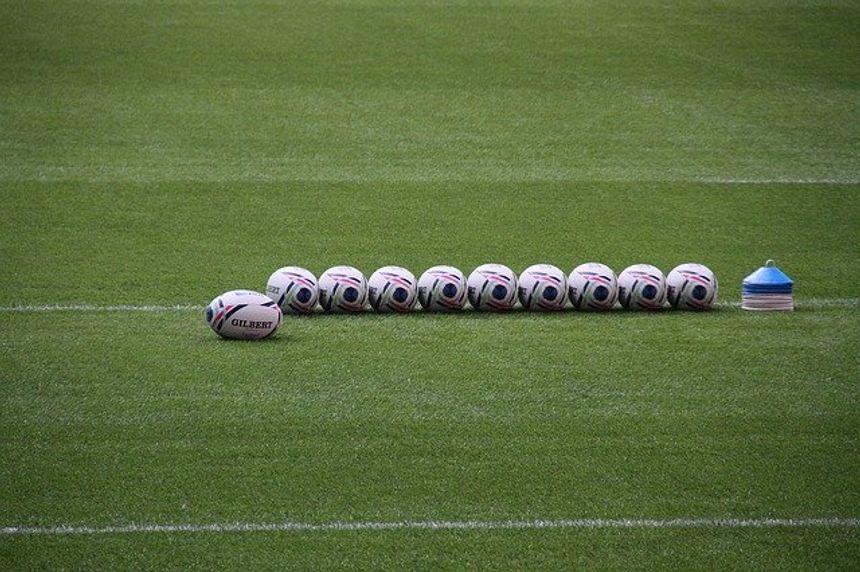