The Supreme Court dismissed the appeals of the insurers and, like the High Court, found largely in favour of insured businesses. This means thousands of policyholders may now be able to recover loss caused by Covid-19 and the decision could therefore provide a vital lifeline for businesses.

It is important to stress that the Supreme Court’s decision is final. This means affected businesses now have clarity as to whether their BI policies cover their loss, and insurers will not be able to challenge the decision.

Following the judgment, we take a look at what the Supreme Court found and what it means for businesses.

In order for an insurance policy to respond, policyholders must show that the insured event, as defined in the specific policy, caused the loss they have suffered. The Supreme Court’s interpretation of causation is relevant to the operation of the various clauses that the Court was asked to consider. Consequently, it’s helpful to consider this aspect of the judgment first.

The Supreme Court found that causation could be satisfied when the insured event, along with other linked events, all caused one inevitable result. As a result, local cases of the Covid-19 disease; along with the worldwide pandemic; the actions, measures and advice of the Government; and the reaction of the public in response to the disease, could all be treated for the purposes of insurance cover as one proximate cause resulting in interruption to a business.

Generally, these clauses cover loss caused by a notifiable or infectious disease which has occurred within a certain distance of the business’ premises.

Whilst the Supreme Court interpreted disease clauses more narrowly that the High Court, their position on causation means that disease clauses will still cover business interruption resulting from both local cases of Covid-19 and the wider pandemic. The Supreme Court found that local cases of the Covid-19 disease, along with the wider pandemic and the resulting action, could be treated as one cause. Disease clauses will therefore respond to interruption caused by Government action in response to the disease, provided there has been at least one occurrence of the disease within the specified radius.

This means that, if there has been a case of Covid-19 within the specified area, the policyholder will be insured for the loss caused by that local case, along with the loss caused by the nationwide pandemic and the resulting Government measures. Given the current level of confirmed cases, it is thought that most policyholders with disease clauses should be able to show that Covid-19 has occurred within the required distance and, as a result, they should be entitled to cover.

Generally, these clauses cover loss resulting from the denial of access to business premises due to Government actions, advice or restrictions, as a result of an emergency or incident within a certain radius of those premises.

What must have caused the “actions, advice or restrictions”?

In relation to denial of access clauses, the Supreme Court applied its broad interpretation of causation. It was held that these clauses will be triggered if the interruption was a result of restrictions placed on the premises in response to cases of Covid-19, which included at least one case occurring within the specific radius.

Once triggered, these clauses will cover loss caused by Government action in response to a case of Covid-19 occurring within the specified distance of the premises, but they do so regardless of whether the loss was concurrently caused by other consequences of the pandemic.

In practice, this means businesses should be covered for all losses caused by the Government action in response to the pandemic, regardless of whether the loss was specifically caused by local cases of Covid-19.

What “actions, advice or restrictions” will trigger cover?

Once again, the Supreme Court found largely in favour of businesses. The High Court considered that only restrictions carrying legal force would trigger clauses that covered loss caused by Government “action” or “restrictions”. In contrast, the Supreme Court decided that these terms could include instructions that did not carry legal force but came with an expectation that legal measures would follow, or that legal measures would be introduced if the restrictions were not followed.

The Supreme Court stopped short of confirming which precise Government announcements constituted an “action” or “restriction”. However, the Court did make it clear that the Government instructions do not need to carry legal force in order to trigger cover and, as a result, it will be significantly easier for businesses to argue that their insurers need to pay out.

Policyholders should reconsider their specific wording in light of the Supreme Court’s wider interpretation of “actions” and “restrictions”. In addition, policyholders will be required to evidence the loss they have suffered as a result of each of the specific Government restrictions which they consider caused or contributed to their loss.

Meaning of “inability to use”, “prevention” and “interruption”

The High Court found that policies which required there to be “inability to use” premises or “prevention” of access would only cover businesses that were required to completely close, rather than adapt or close part of their business. The Supreme Court disagreed. They held that a business could be covered if:

This is positive for policyholders. It means that, for example, a restaurant which was able to use its premises to continue a takeaway service should be covered for the interruption caused to their usual sit-in service, or a department store which had to close all parts of the store apart from a pharmacy may be covered for the loss resulting from the parts of the business it could not open.

In addition, the Supreme Court maintained that “interruption” does not mean that all business activities are stopped. Even a slight disruption to a business would be enough to trigger cover.

Again, policyholders should reconsider their wording. The Supreme Court’s broad interpretation of “inability to use” premises and “prevention” of access may now mean that businesses have valid claims. Again, policyholders need to clearly demonstrate which of their losses have been caused by the closure of a certain part of the premises and/or from the cessation of a certain part of their business.

Generally, these clauses cover losses resulting from the denial of access to business premises due to government actions, advice or restrictions, as a result of an infectious disease within a certain radius of those premises.

As with denial of access clauses, the Supreme Court interpreted hybrid clauses broadly and found that “inability to use” premises and “prevention” of access did not always require complete closure. In addition, the Supreme Court found that policies did not require Government instructions to have legal force for cover to be triggered. As a result, policyholders should reconsider their hybrid clauses to see whether they could now have a valid claim.

In addition, the Supreme Court applied their wide construction of causation to hybrid policies. As a result, these clauses will cover loss caused by restrictions imposed by the Government in response to the nationwide Covid-19 pandemic, as long as there has been a case of the disease within the specified radius which formed part of the national picture.

For businesses, this means that their pay outs can only be adjusted by the effects of circumstances which are unconnected to the insured peril.  The insured peril will vary between policies but, generally, insurers must discount the Covid-19 disease and its various consequences when adjusting pay outs.

Another positive decision for policyholders came in relation to pre-trigger losses. The High Court initially found that when adjusting pay outs, insurers could consider a downturn in the turnover of a business due to Covid-19 but before the specific insured peril occurred. This is particularly significant in relation to Denial of Access policies. For example, a pub may have experienced a drop in revenue due to the public concerns about the spread of Covid-19 before the Government issued any instructions on closure. The Government instructions would be the insured peril that trigger the policy and, as a result, the High Court’s decision would have meant that the initial drop in revenue could be considered by insurers when reducing pay outs because it occurred before the trigger event.

However, the Supreme Court disagreed and found that when making adjustments, a business’s loss should be assessed on the assumption that there was no Covid-19 pandemic at all. This means that insurers will not be able to reduce pay outs by factoring in the loss caused by Covid-19 that a business experienced before the relevant trigger event.

The Supreme Court decision is strikingly positive for businesses and many policyholders will now be covered for Covid-19 related loss who were not covered under the High Court’s decision.

The judgment is legally binding on the eight insurers that were parties to the test case and it also provides authoritative guidance for the interpretation of similar wordings. In addition, it cannot be appealed by any party. As a result, businesses now have much needed clarity as to whether they will be covered.

The Supreme Court’s construction of causation means that businesses with disease, denial of access and hybrid clauses may all be entitled to cover for loss caused by the national consequences of the Covid-19 pandemic. Further, the phrases “inability to use” and “prevention” were interpreted widely and it was also confirmed that non-legal instructions can trigger cover. This means that businesses with denial of access and hybrid policies are now more likely to be covered for Covid-19 related loss.

It will be crucial for businesses to reconsider their BI policy wording in light of the Supreme Court’s decision. Every policy is worded differently and every business is different, so businesses should seek independent legal advice as to the interpretation of the judgment in light of their specific circumstances.

If you would like any further information or would like to discuss the impact of the judgment on your business, please get in touch with Stephanie.Reeves@irwinmitchell.com

The Supreme Court has substantially allowed the FCA’s appeal on behalf of policyholders. This completes the legal process for impacted policies and means that many thousands of policyholders will now have their claims for coronavirus-related business interruption losses paid. 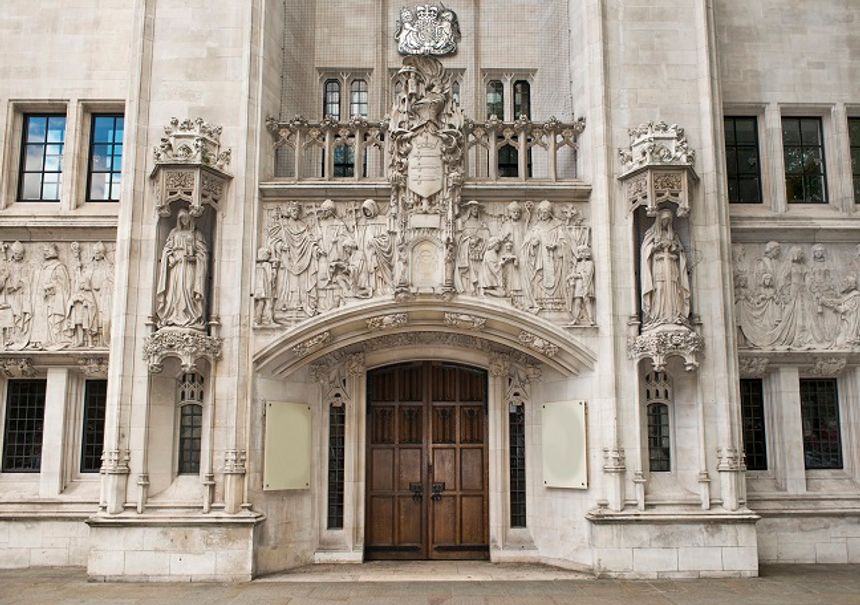