Happy new year to all our readers.

There are a number of important changes taking place this year that schools and colleges will need to prepare for.

We set out those that have a confirmed start date and look at what is happening with others that have been on the back burner for a while.

New lockdown restrictions came into force on Wednesday 6 January 2021 in England and restrict when people can leave their homes. Schools and colleges are closed for all pupils other than those who are vulnerable or whose parents are key workers and for those sitting exams this month (a decision which is now at the discretion of the school/college). Alternative provision, special schools and nurseries will remain open. Schools and colleges will therefore still need a significant number of teachers and support staff on site to provide face to face teaching.

Some teachers have refused to return to work because of the dramatic increase in the numbers of people contracting the disease and have issued section 44 letters, alleging that their workplaces pose a serious and imminent risk to their health and/or to others in the community. You can read more information about these types of claims here.

The government has re-started the shielding programme throughout England for those people who are clinically extremely vulnerable. Any member of staff who receives a shielding letter has again been advised to 'stay at home as much as possible' and to work from home if they can. If they can't work from home, they're advised not to go to work.

The current furlough scheme will end on 30 April 2021 unless the government elects to extend or replace it with something else. Just before Christmas the Chancellor announced that the government will continue to pay up to 80% of a furloughed worker’s wage and that organisations won’t have to contribute towards this (something it said it was considering). This means that employers just have to pick up the national insurance and pension contributions of staff who are fully furloughed.

Schools and colleges that receive public funding can only furlough staff in limited circumstances which we outline here. Some of the guidance documents we refer to in that blog (published in May 2020) have been updated, but the substantive advice remains the same.

We provided a complete guide to the updated furlough scheme in November 2020, available here which remains up to date (apart from references to the scheme ending on 31 March 2021 which has been extended to the end of April 2021).

Changes to the UK’s immigration rules will make it much more difficult and expensive for schools and colleges to recruit anyone from outside the UK.

Free movement ended on 1 January 2021 and anyone, other than Irish citizens, who want to work in the UK will have to comply with the new immigration ‘points based’ system.

This system is designed to attract ‘skilled workers’ whose roles are on the skilled occupational list. Workers must be able to speak English, have at least ‘A’ level or equivalent qualifications, have a job offer from a licenced sponsor and earn at least £25,600 per year. However, employers recruiting any skilled workers from the shortage occupational list can pay them slightly less than this. The current list includes some teaching roles.

You will also need a sponsor licence to recruit non UK workers. If you don’t already have one, you’ll need to apply (and pay the fee) as soon as possible as the process takes around eight weeks. You will also have to pay a fee of £199 for every sponsorship licence you issue, plus £1,000 per skilled worker for the first 12 months, with an additional £500 charge for each subsequent six month period. You can’t pass these costs onto the worker.

You can continue to employ EU citizens until 30 June 2021, without worrying about the points based system provided they are already living or working in the UK by 31 December 2020. But, they will need to obtain settled or pre-settled status to work here from 1 July 2021 and, if they don’t have this (and haven’t applied by 30 June), you will not be able to continue to employ them as they will become illegal workers.

If you employ EU staff and wish to retain them beyond 30 June 2021, we suggest that you encourage them to apply to remain in the UK and explain to them what will happen if they lose the right to live and work here. The Home Office has an employer toolkit to help explain the process which includes a template letter you can adapt to send to EU staff.

Qualifying schools and colleges must publish details of their gender pay gap by 30 March 2021 for the snapshot date of 31 March 2020. [The government suspended these requirements last year.]

The report must be published on the government website and a searchable UK website that is accessible to employees and the public. Government guidance is available here.

Carry over of holiday for up to two years

The Working Time Regulations 1998 have been amended to allow employees to carry over up to four weeks accrued holiday leave and take it sometime in the following two years. However, this right is only available to those employees who were not able to take holiday in the current holiday year (which for most schools and colleges ended on 31 August 2020) as a result of the effects of coronavirus. This shouldn't affect many school or college employees due to the fact that most staff are expected to take their holiday outside of term time and have had the opportunity to do so. You can read more information about this here.

From April 2021, the rate of the National Living Wage will increase by £0.19 to £8.91 per hour and will be payable to more workers because the age threshold is being reduced to 23 (currently, only workers aged 25 and above qualify).

The National Minimum Wage rates will also increase as follows:

These rates will, therefore, increase your wage bills.

The maximum compensatory award for unfair dismissals taking effect from Tuesday 6 April 2021 is expected to increase from its current rate of £88,519. However, the amount of increase has not yet been announced.

A week’s pay (used to calculate statutory redundancy payments and the basic award in unfair dismissal claims) is also expected to increase will also increase from its current rate of £538 (gross) but the amount of increase has not been announced yet.

Other changes that may come into effect in 2021

Public authorities will be subject to restrictions in respect of deducting union subscriptions from wages.

There was to be a debate on check-off in the public sector but the May Government postponed it and until after EU exit legislation has passed.

The Certification Officer will be able to impose financial penalties of up to £20,000 on trade unions if they fail to comply with certain statutory requirements.  These include: failing to ensure senior positions are not held by someone with a criminal record; breaching requirements for elections to senior positions and mismanaging political funds.

Draft regulations were produced and a consultation ran until May 2017 but there's been no further updates since then.

Qualifying individuals will be obliged to notify their new and previous employer where they propose to return to any part of the public sector (as an employee, self employed contractor or office holder) after they have received a public sector exit payment within the previous 12 months.

Draft regulations were produced and a consultation ran until January 2016 but there's been no further updates since then.

The government has said it will introduce an Employment Bill to ‘protect and enhance workers’ rights as the UK leaves the EU’.

It has committed to introducing legislation to introduce a new right for all workers to request a more predicable contract and will extend redundancy protections to prevent pregnancy and maternity discrimination. It has also said that it will give parents a new right to take extended leave for neonatal care and, additionally, give carers the right to take one week’s unpaid leave each year.

The government has indicated that it will consult on making flexible working the default unless employers have a good reason to depart from it.

These ideas have been on the back burner since January 2020 and we don’t yet have much detail on them. However, it’s possible that some of these will become law in 2021. 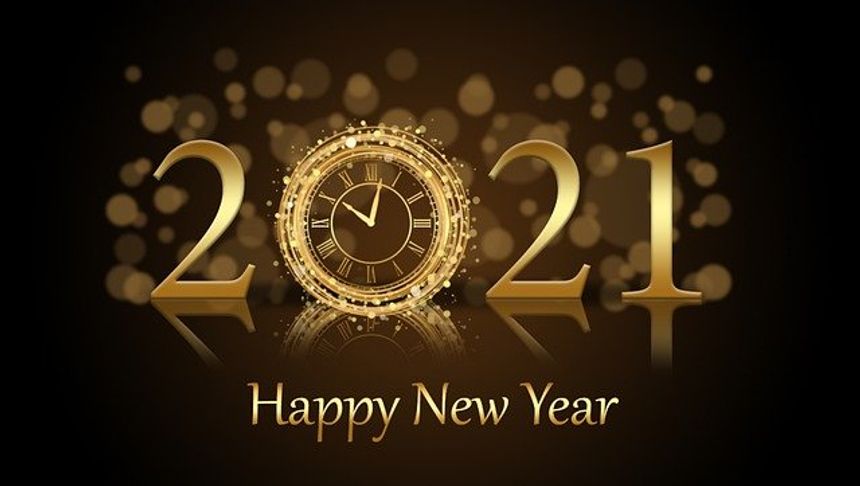